My dog adopted the Habit of “Hand Feeding”

So it’s been 4 straight weeks since my puppy, Molly has had a broken leg. So during that time she had a cast on which made eating difficult. We decided to had feed her which was fine. Only when she had problems. The cast was then later removed and we found out she had an infection from the cast that ate it’s way into her skin. So, here comes the cone. Now, the cone made it harder on her since it’s too big and wide. Consuming food was a challenge. So we started to hand feed her as usual. She was happy with it. Then, she had her cone removed and her leg is starting to heal. Before my mom came in, she was eating properly only for a little while. Till my mom started to hand feed her and she’s adapted to a habit of being hand fed. I feel like this is an unhealthy habit as it seems she’s being slacked off on being a normal puppy with natural and normal eating habits and patterns. But no. I fed her today, and she refused to eat. She’s way too skinny still and letting her starve till she’s forced to eat I’m afraid is out of the question. I then went into an argument with my mom about stopping hand feeding her but instead, she just thought I’m pissed off at her not for that reason. But I am. My dog is not gonna grow up not knowing how to eat on it’s own. I’m not gonna allow that. Anybody out there have any methods I can try or have been through the same situation please reply.

I really want some results. Cause if this goes on, I feel like when I take her to college with me, she won’t eat on her own like I’d expect. Even if they allow animals on campus, I’m still afraid she won’t be a Normal dog. 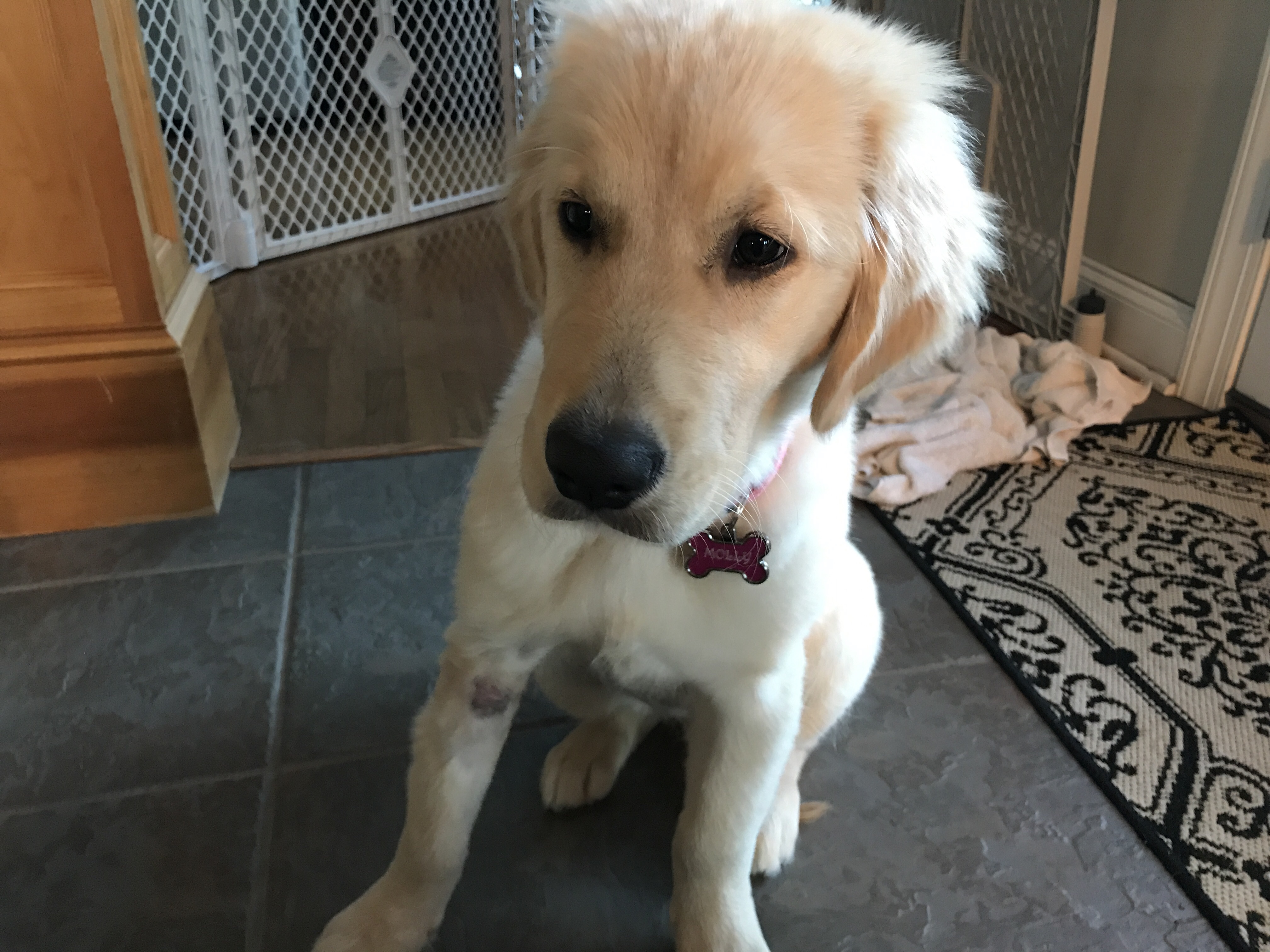 Here is a picture of my puppy. Don’t be deicieved by her look. Under all that fur, you can see her ribs. After her shower, we can see how much of a skinny dog she is. Also, that little dark area around her skin on her right leg, that’s the infection in its healing process.

don't worry about the weight loss of your puppy. Even though significant, as long as the dog eats, they can loose quite significant amounts of weight before it becomes pathological. (the latter would be when your puppy would be unable to sit or stand up)

regarding the hand feeding, simple stuff: hold the food in your hand inside the bowl you would like to feed him from, put some extra bits in the bowl but only release when it is touching the bowl, later you will be able to put food inside the bowl and eventually your hand will not be part of the feeding process at all, you catch the drift!

Not the answer you're looking for? Browse other questions tagged dogs behavior or ask your own question.

1
Why does my puppy only eat half of his food when I feed it to him- but then eats another half of other types of dog-food afterwards?
2
10 year old dog stopped eating from dish

21
Why won't my dog eat on her own?
2
Dog Food Eating Issues
5
Dog refuses to eat unless fed by hand
3
Outside reaction to dogs
1
Boyfriend's dog peed on me
23
What can I do now that my cat is terrified of me after I broke up a fight involving her and two other pets?
1
Potty training troubles