Why does my cat lick her belly until sore? [duplicate]

Hi I’m wondering if anyone can help me because I’m at a serious loss and I don’t know what to do. It’s really frustrating because I have been to the vets constantly over the past two years, to three different vets and nobody can tell me what’s wrong with her :(.

I believe after researching online that she’s participating in something called mowing. But all the pictures I’ve seen are no where near as bad as hers. She began grooming her back leaving bald patches like the mowing but she’s now moved to her belly and it gets so bad that as you can see in the picture, she will bite and cut herself. I have literally tried everything. She does not have fleas. Mites. Ringworm. Anything like that. The most recent visit to the vets ruled out any infection or parasites. They gave her steroid tablets but it’s done nothing to help her grooming. I’ve changed her food several times from when this started (although someone suggested wet food so I may give this a go). We’ve bought a special brush to help remove dead hair and skin so she doesn’t feel the need to groom as much but that hasn’t helped. Although we get little flakes of skin that look like dandruff come out, has anyone had an experience with this? Maybe it’s like a cat eczema or something? She’s settled, gets on with our other cat and there’s no reason she’d be stressed. We have treated her for this in the past, we were given meidication and it’s still happening. We’ve now had to result in putting a cone on until it scabs over and settles but it’s so horrible to see her like it.

I literally don’t know what else I can do. Every time I go to the vets they either don’t know, don’t find anything or subscribe her medication thats innappropriate and I don’t want to keep medicating her when it’s not an accurate diagnosis.

Any suggestions advise or experience would be HUGELY appreciated 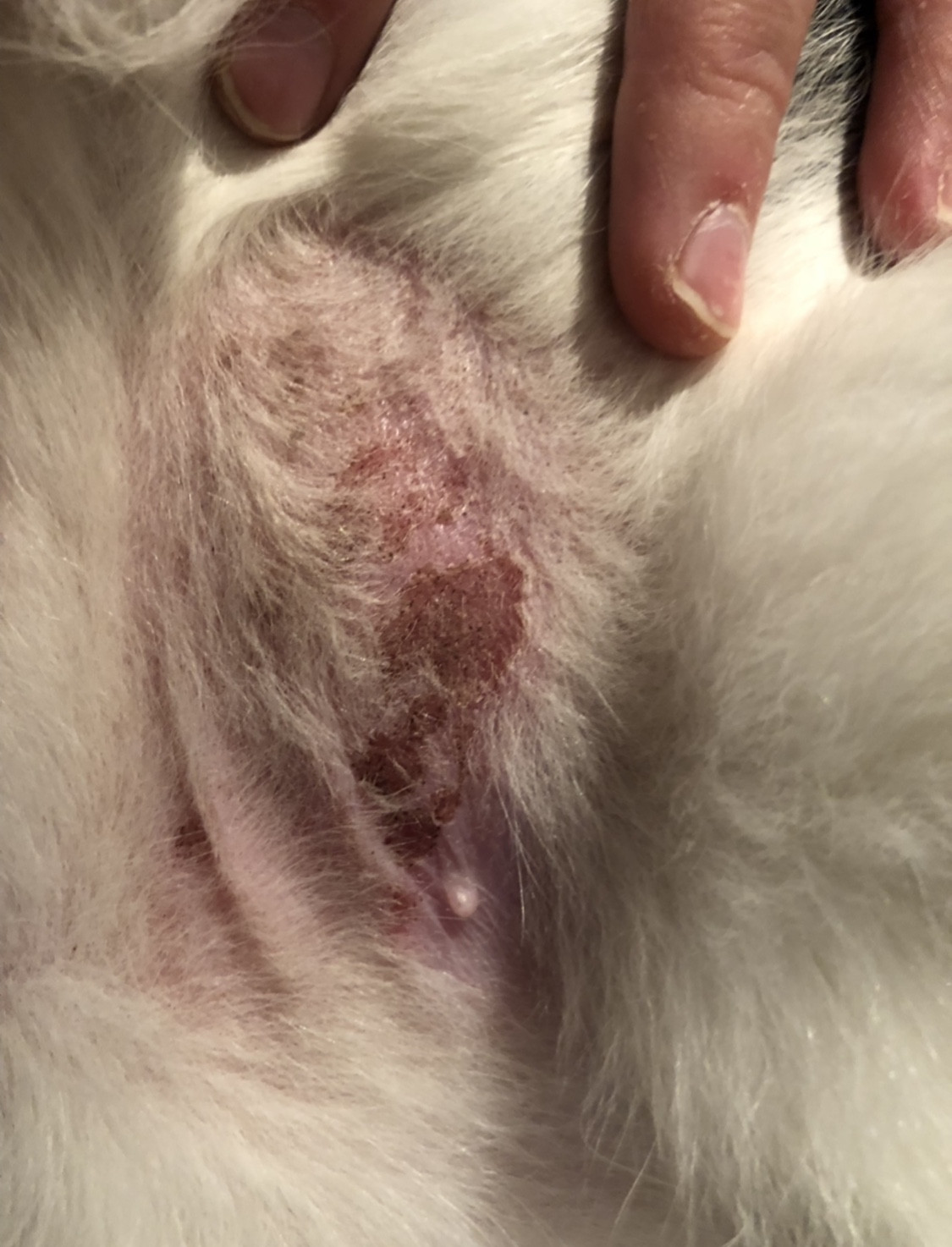 Browse other questions tagged cats grooming skin-condition or ask your own question.

10
Cat mowing and chewing until skin bleeds
11
Why does my cat lick the fur off her lower belly?

8
Food anxiety in former stray cat?
2
My dog keeps scratching hot spots
4
My cat has stopped eating wet foods
12
Dad accidentally sat on my cat
22
What can I do now that my cat is terrified of me after I broke up a fight involving her and two other pets?
3
Help! I’m worried about my new kitten. She hasn’t eaten in over a day and I haven't been able to see her in over 12 hours :(