My cat has perpetual dry nose - am I making the problem worse?

My cat's nose is perpetually dry, and he will get "boogers" with moderate frequency (similar to eye boogers, dry clumps of something or other with no associated mucous that come free if I pick at them). He is half Persian but his nose is just small, not squashed, and apart from occasional (brief) sneezing fits and a spat of flea dermatitis years ago, he is a very healthy and happy cat.

My concern is not so much that he's sick as whether or not I'm doing the right thing in response to his nose issues. I am a bit of a compulsive groomer with my animals and there are basically two points on which I can't tell if I'm helping or just being fussy:

This is all stuff I could easily leave alone if I knew it was detrimental, but it's hard to find anything specific. Help & info is appreciated.

Edit: Here's a picture - the white is not camera glare but a dry patch, and you can see a little bit of gunk on the left. 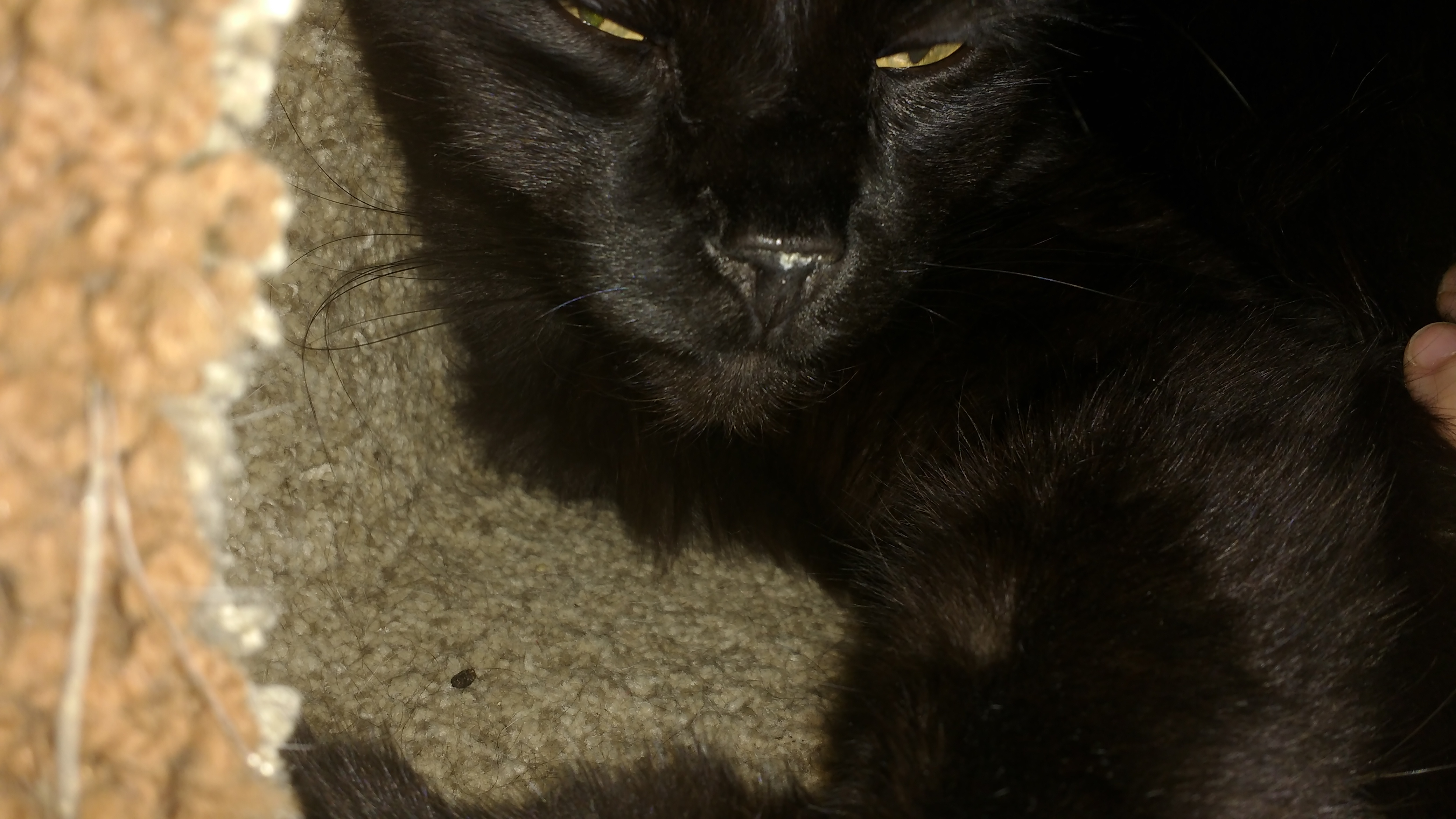 A small amount of eye gunk and nose boogers is normal. It is how the nose and eyes clean themselves. What you do will not change this, so if you want you might remove it or leave it to your cat to remove it himself.

So this is not something you really need to remove. But you should keep an eye on it to see if it is bloody or green. If it is you need to take the cat to a vet.

For your cat's dry nose, you need to be very careful if you apply something to it. So I think making sure the air in your house is not too dry is probably better.

By being careful if you apply something on your cat's nose, I mean be sure your cat does not inhale any of it (oils or fat is very dangerous for the lungs if it gets in there).

This question is related to yours: does my cat have an infection?

Not the answer you're looking for? Browse other questions tagged cats health grooming or ask your own question.

4
Does my cat have an infection?

12
Should my cat love having his fur pulled out?
2
What could be the reason for my Schnauzer having a bluish eye?
2
Probiotics to attenuate FHV-1 flare ups
4
What is the appropriate first aid for a cat nosebleed?
4
Does my cat have an infection?
2
Growing black stain in a dog's lower eyelid
4
Cat with newly diagnosed diabetes not eating much before insulin injection