What are snake morphs?

When looking for snakes I often see the term morph flying around. What does it mean exactly?

Within the snake trade there is a lot of effort going towards breeding animals with different coloration. A well known example of this is an albino mutation. Albino means that the animal is missing all (or most) colour.

There are a couple of snake species that have a very active breeding community for creating morphs. Most of these species are commonly kept as pets as a result (or is it cause?).

How are morphs created?

At the basis, morphs are discovered. A specimen is found, usually in the wild that just happens to have this mutation by chance. If it is found, someone could decide to import it (generally for quite a lot of money) and hope (gamble) the difference in patterning is caused by a genetic factor. If it is, it can be bred and reproduced. More exact genetics are covered in this answer.

The next step is to combine morphs. If you have a snake with a reduced pattern, and another that misses all black colour for example, these can be crossbred, and way down the line this might produce animals that are both missing black, and having a reduced pattern. This can go quite extreme.

Some examples with Ball pythons. First the wildtype (normal colouring), taken from Wikipedia: 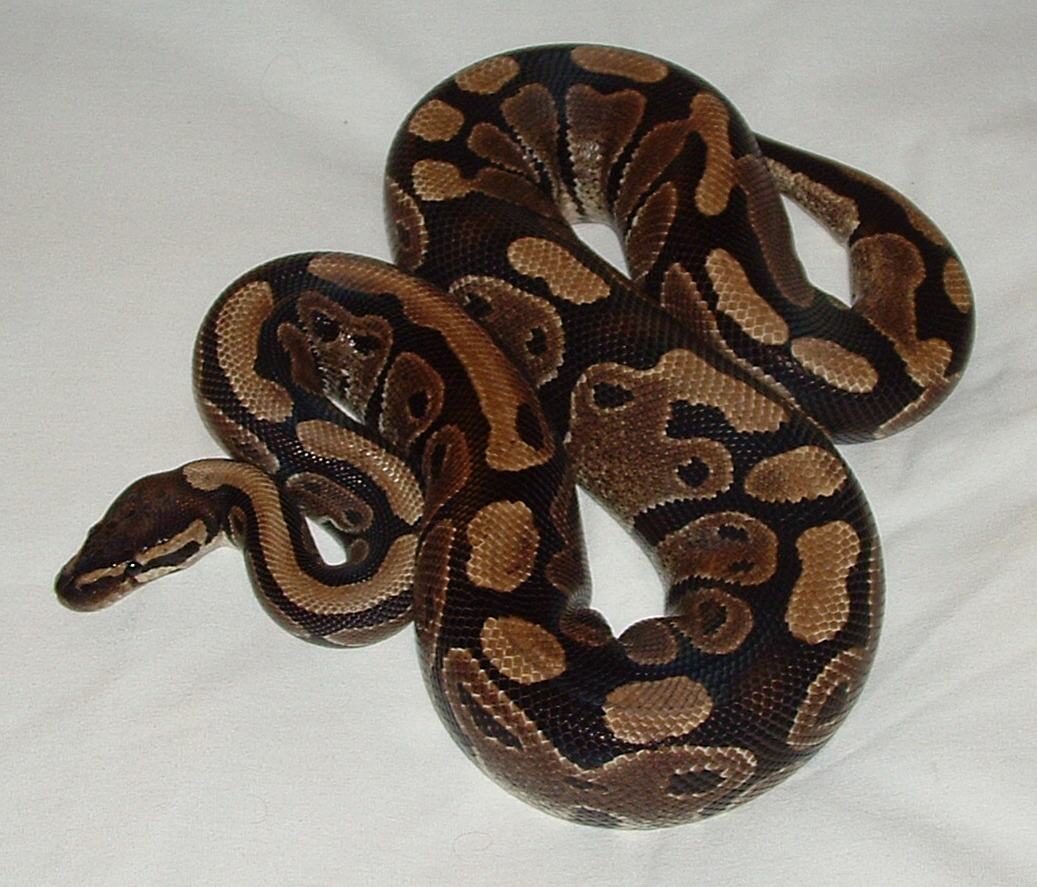 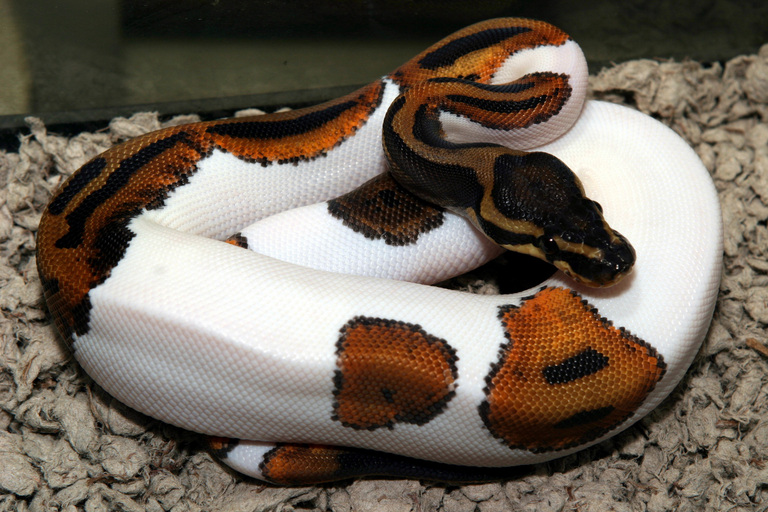 These animals can go for very high prices. Due to the randomness involved in genetics, odds for specific combinations of morphs can go very very low, making the more "exotic" morphs very rare. Babies can go for several thousands of dollars, up to tens of thousands when a new morph is found. In contract, more common morphs - morphs that have been on the market for a while - can go for only a few bucks more than the wildtype.

There are a couple of controversies around morphs:

Not the answer you're looking for? Browse other questions tagged reptiles snakes terminology or ask your own question.

11
What does "Het" mean when talking about reptiles?

8
What terms are used for mice that are fed to snakes, and what are their meanings?
8
What is brumation?
4
What is a "rub"?
9
What does it mean to "overstock" a fish tank?
11
What does "Het" mean when talking about reptiles?
9
Can I help a pet snake through the molting process?
9
How to proceed with a pet snake that starts jabbing when held?
3
Snake refusing food after escaping
2
What morph is my leopard gecko?
2
What is wrong with my snake? Skin problem? Burn?