How to test one deaf ear of a cat?

A dominant white cat with blue eyes is said to be at high risk of being deaf. (Here the "dominant" refers to the white color gene, not behaviour.) In case of a white cat with odd eyes, the ear on the side with the blue eye may be deaf, though in some rare cases an odd-eyed cat can also be totally deaf. 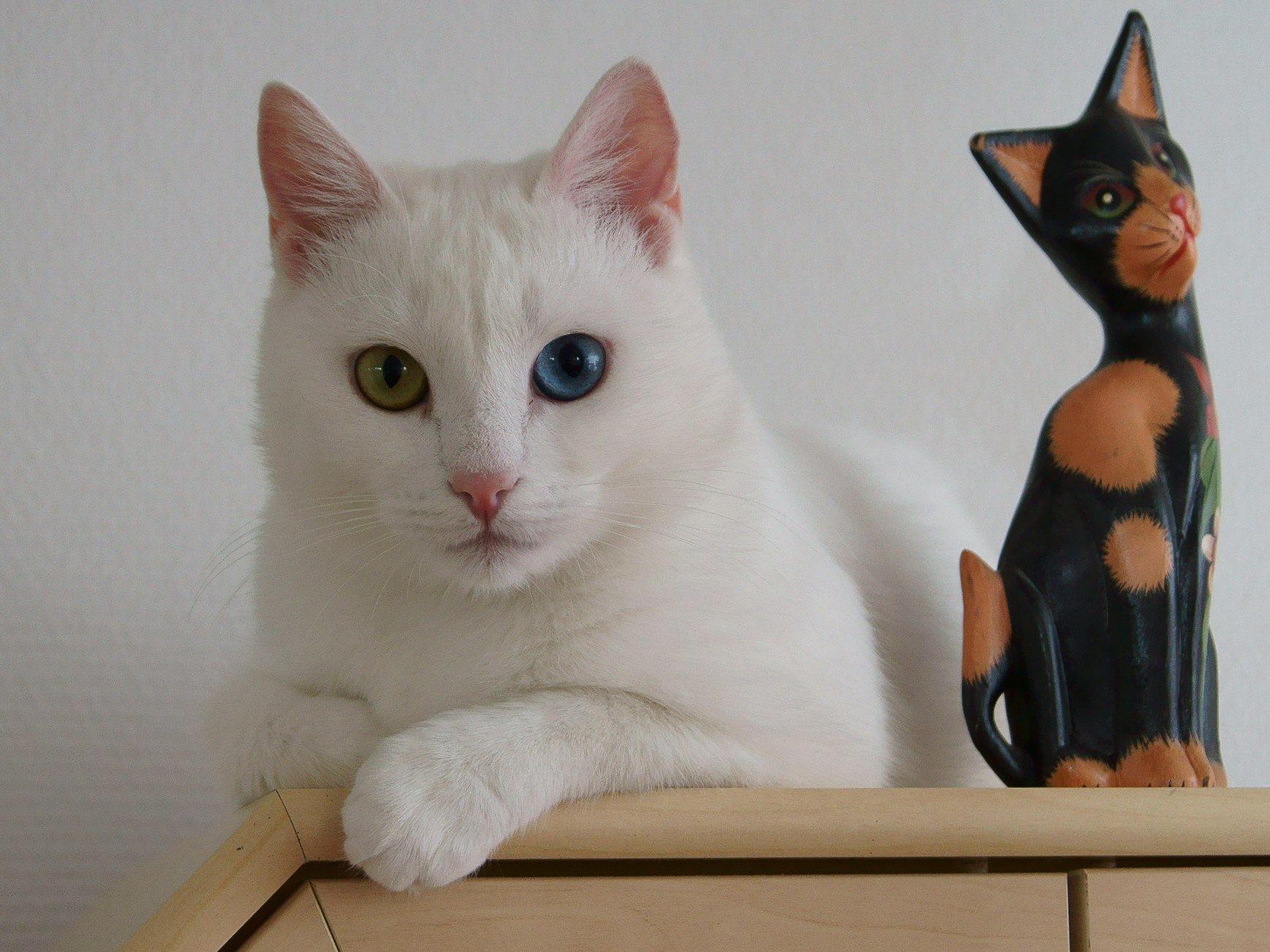 That's one of the cats I have. Totally white fur, pink pads and ears, and odd eyes. I have tested her for hearing and it seems quite obvious that she can hear, but does she hear only with one ear or two? How would I test if she's deaf in the ear on the blue side?

You have a good reason to be concerned about deafness in your cat, according to International Cat Care, white cats with one blue eye have about 30-40% chance to have some amount of deafness.

In cats, inherited congenital (present from birth) deafness is seen almost exclusively in white coated individuals. The deafness is caused by degeneration of the auditory apparatus of the inner ear and may affect one ear (unilateral) or both ears (bilateral).

Dr. George Strain wrote on the subject on determining if an animal is deaf:

Behavioral testing has limited value; animal responses rapidly adapt even when hearing is present, stressed animals with intact hearing may fail to respond, and unilateral deafness cannot be detected. In unilaterally deaf animals, the only behavioral sign of deafness is a difficulty in localizing the source of a sound, and many animals adapt to that also.

So, in other words, if you clap your hands and your cat looks around for the source of the sound instead of directly at you, then your cat may be unilaterally deaf. If the cat knows that you're the source of the sound (you're the only human in the room) then the cat will look at you anyway, and you won't know if that's because she can tell where the sound is coming from or if she's smart!

One way to be absolutely sure is to have a specialist perform a BAER test.

the BAER can be defined as the electrical response of the brain to a series of auditory stimuli.

The Animal Health Trust's page gives several examples and pictures of dogs and cats undergoing this test. This test is also performed on infants, since it does not require the subject's cooperation.

Not the answer you're looking for? Browse other questions tagged cats genetics hearing or ask your own question.

11
How can I teach my deaf puppy social graces?
4
Is it possible for a deaf kitten to sense growling/hissing from another cat?
5
How is owning a deaf cat different from a cat who can hear?
6
How do I get a stupid cat to walk through an open door?
3
Do cats know when their owner is sick?
3
Is my cat considered aggressive?
1
Is there a genealogy test for pets?