What's wrong with my gourami? Has she been bitten, or is she ill?

I got home tonight and found my gourami injured. She's in a community tank, with, amongst others, five large male angels.

I've taken her out of the tank into a hospital tank. I don't know if she needs any medication. 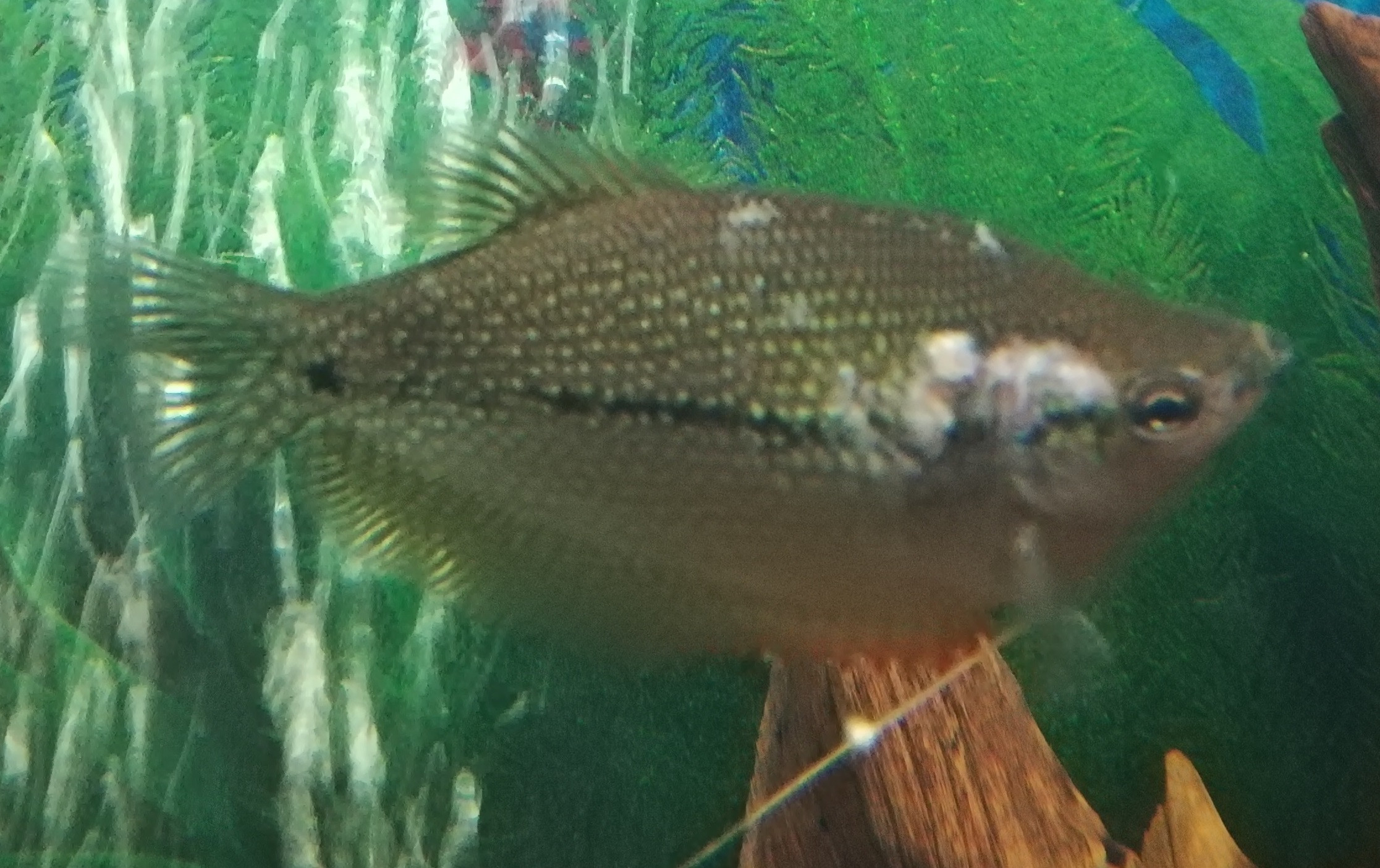 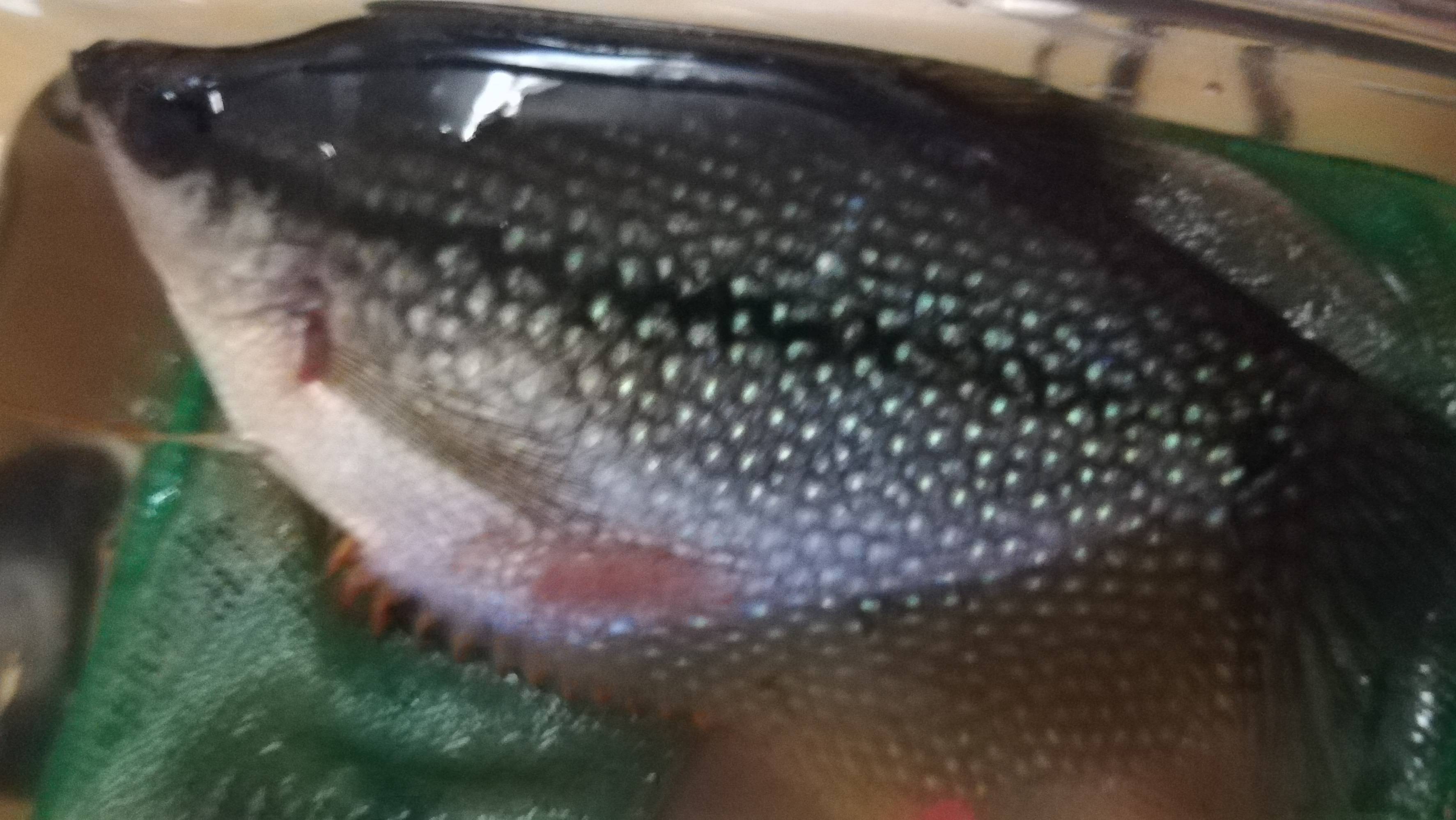 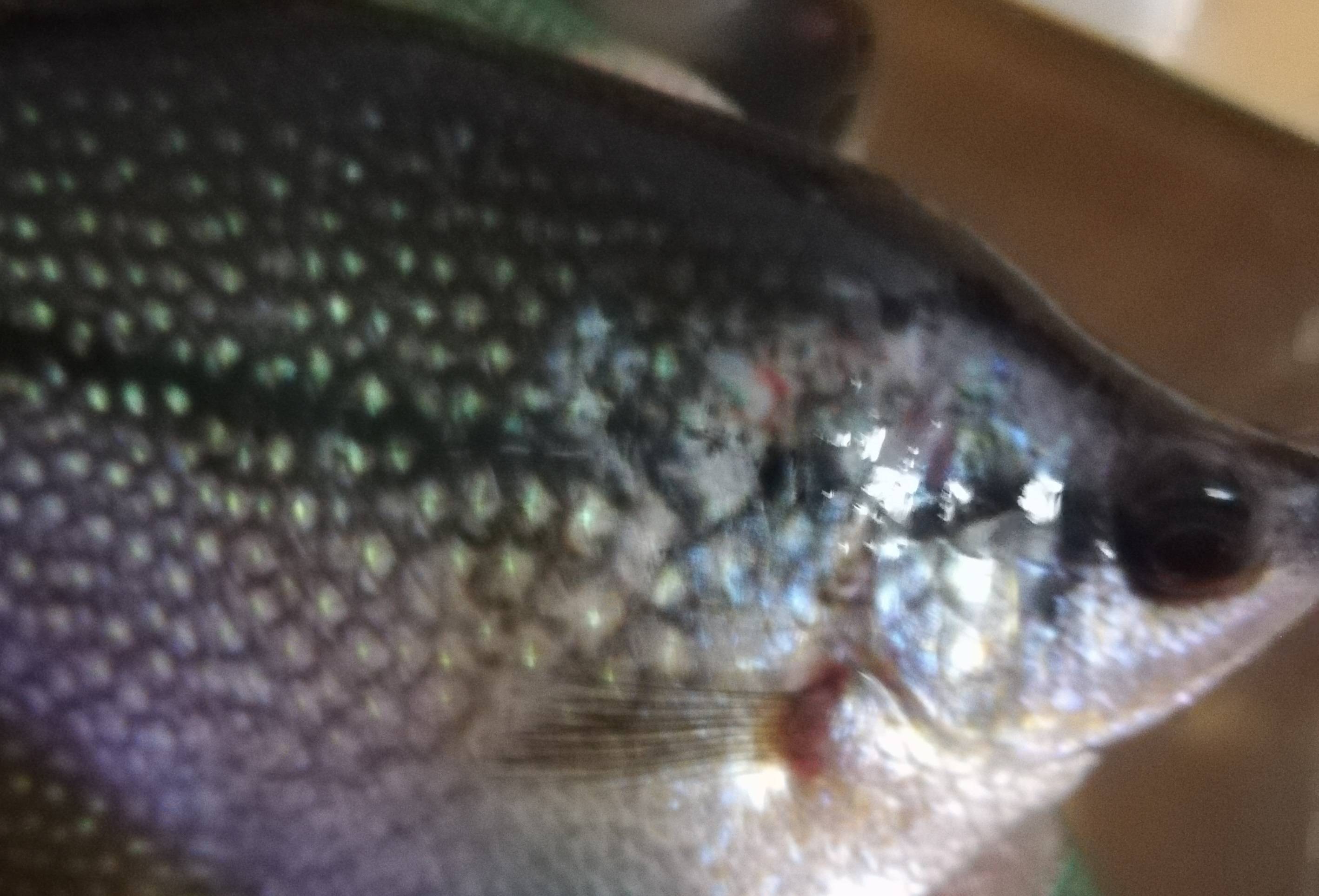 UPDATE: After two nights and day in the hospital, she's looking much better. The fluffiness of the wounds have subsided. I'm fairly certain she's being bullied by the other fish.

fish diseases freshwater injury community-aquarium
Share
Improve this question
edited May 18 '18 at 11:48
RichieACC
asked May 16 '18 at 19:23

It's very difficult to tell from the pictures what the damage is but after your update it looks like it's a case of bullying as you said. The white patches look like missing scales which may have been lost during an attack or, what I normally find, they were lost during the escape (bashing against decorations etc).

Angel fish are well known for being quite aggressive and nippy so I could well believe that they attacked the Pearl Gourami or at least chased it so it felt the need to escape. You'll definitely want to keep an eye on this. You could add more cover in the tank to break line of sight which will stop the angels spotting the other fish so quickly. This isn't a long term solution though because they'll always find it again.

In relation to the healing process, you did the right thing by separating them. To heal the missing scales you just need to make sure your water quality is great and they'll heal up on their own. If there are any worse injuries than missing scales you may wish to look into something like Melafix or Pimafix for medicines.

Not the answer you're looking for? Browse other questions tagged fish diseases freshwater injury community-aquarium or ask your own question.

8
My rabbit is hyperventilating and can't get comfortable. What is wrong with her?
12
What's wrong with this kitten's eyes and how do I take care of them?
3
My male platy is clamping, is he sick?
2
What's with these cats' eyes?
3
Platy has been gravid for over a month
4
What's wrong with this cat's mouth?
4
My cat has been diagnosed with 4th stage of chronic renal failure. Is the saline infusion worth it?