I just read my hognose snake is venomous. Should I be worried?

I have a pet hognose snake (Heterodon nasicus) and I just read somewhere that they are venomous. Should I be worried about getting bitten?

Yes, Hognoses are venomous, but you shouldn't be worried.

For many snakes, venom has an obvious purpose. Killing prey. But this is not the only purpose. As venom becomes more potent, larger and larger animals can be affected by its effects. Eventually, those animals will learn to respect the snake. This turns it into an efficient defensive tool as well.

But another potentially understated purpose for venom lies in its origins. Venom evolved from saliva. Saliva is used generally for digestion. Chewing food mixes saliva with the food particles, so it can properly digest starches. Snakes can't do this, as they don't chew their food in the regular sense. This is where venom comes in play. Many venoms (venom has different composition between species) also have components that help with digestion.

Within venomous snakes, there are various different ways of injecting the venom: 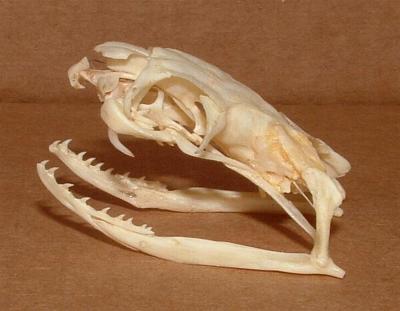 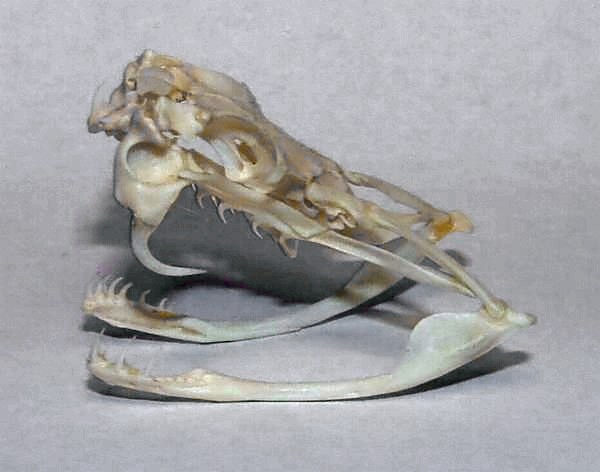 So our Hognoses are rearfanged. Their fangs are used to subdue prey they have already caught, like frogs. These frogs have a pesky defense-mechanism: they inflate their bodies, making it harder to swallow them. This is where the fangs also serve a purpose. They help by puncturing the frogs like a balloon.

Because they are rearfanged, a bite is pretty unlikely to actually envenomate.

This is enhanced by the fact that Hognoses are huge dramaqueens, but not very aggressive. When they feel threatened, they will posture, even flatten their neck like a cobra (or at least try to), but when they strike, most of the time this will be with their mouth closed. Basically they are just bashing you with their head.

So what about their venom?

Their venom is largely harmless. So much so that the WCH rates them as non-venomous.

The only clinical effect they list as something other than "does not occur" and "not likely to occur" is:

Bites by this species are not expected to cause medically significant effects and the only risk, probably small, is local secondary infection. Patients presenting with bites by these snakes do not require medical attention, other than to check for infection and ensure tetanus immune status. Patients should be advised to return if local symptoms develop, suggesting secondary infection.

That is less than what they list for a wasp.

Most humans won't notice any effects from a bite, but reportedly, there is a 1/5 chance to be intolerant to the venom, which may cause similar effects to a wasp-sting.

While yes, they do have venom, this is mostly geared towards animals their own size and will cause at very worst some itching and swelling. And that is if envenomation happens, which is very unlikely.

2
Why would defanged snakes not bite?

11
What age of snake is best for a pet?
14
Snake not interested in food
14
How can I tell whether my corn snake is over- or underweight?
6
What are the minimum requirements for keeping a snake?
9
Can I help a pet snake through the molting process?
27
How can I free a snake from duct tape?
4
How do I heat and/or build multiple snake enclosures?
4
Safe hot-rock for corn snake
4
Can a red belly black snake kill a horse? How would I know if my horse has been bitten?
1
What should I do if my horse is bitten by a snake?