The picture attatched shows the difference in size of Adso, my son's male Miniature Pinscher (Min-Pin) and Zoie my female chihuahua. They are 8 weeks apart in age. Adso weighs 15lbs and Zoie 5lbs. They both live in the same home in separate spaces (one is upstairs, one is downstairs). They are both very fond of each other and want to be together all the time.

The problem is that within seconds of them playing together, he body slams her or runs over the top of her and down she goes, rolling several times before she can get on her feet again. Then she gets mad and starts going for his legs and ears and other areas that she can reach and she is not playing at this point.

She just wants to move around without being slammed or jumped on or pawed so hard that it scraped hair off her head. He doesn't mean to hurt her and I know he loves her but he is unable to control himself.

I don't want her to get hurt and I'm constantly removing her from the situation even though she is not to blame. I feel like she is the one that is punished for his behavior. I'm afraid hes going to break her back if it doesn't stop.

What can I do to fix this situation? 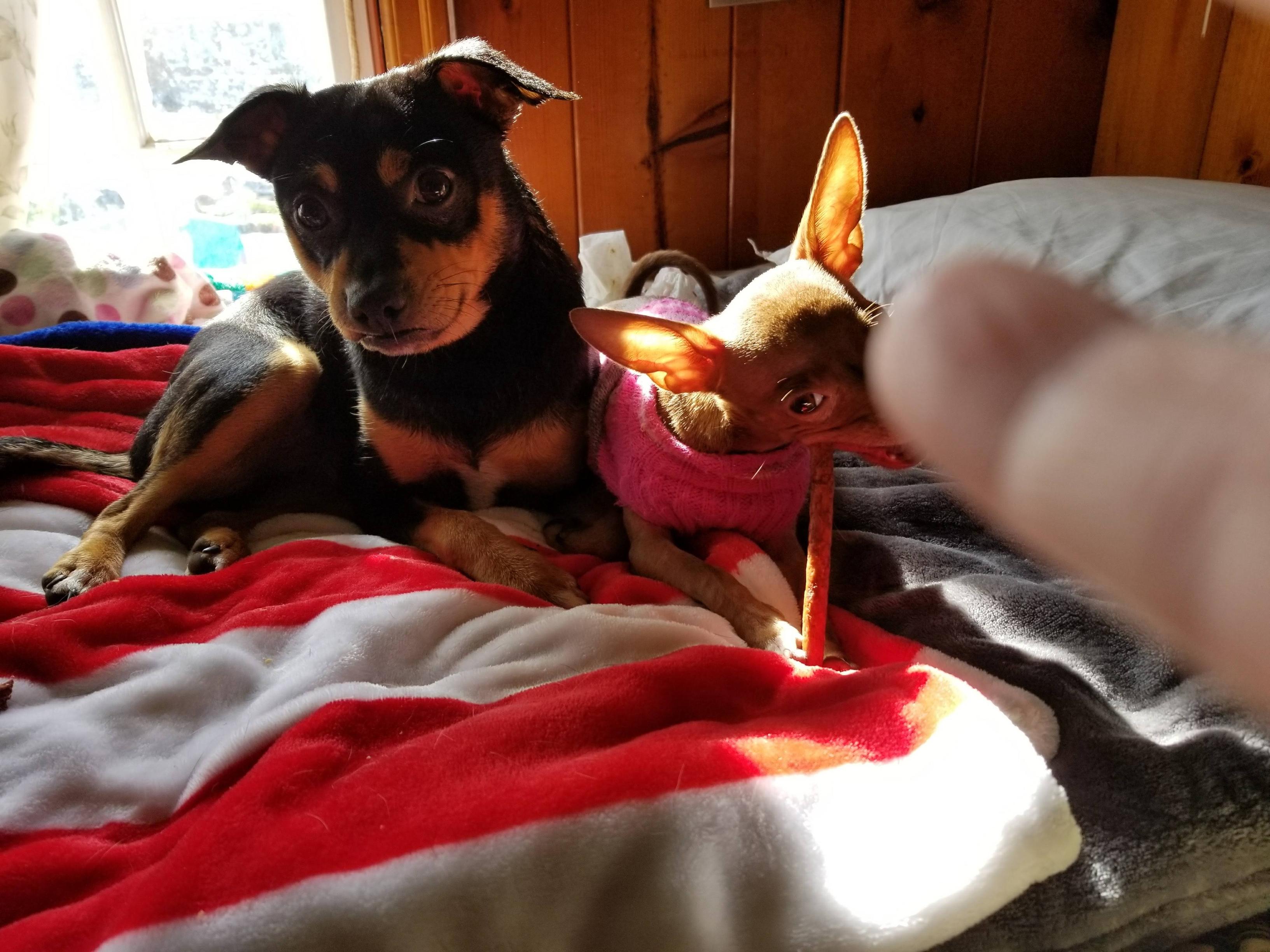 I think your last paragraph already mentions the core problem you're having. You punish her for his wrongdoing, which won't solve the problem, since the weaker dog has no way to change the behavior of the dominant one, or she would have done so already. Her only option would be to avoid the situation all together, which is the normal behavior with two strange dogs who engage in different play styles, but since they're trapped together, it's on you to moderate.

Intervene with a short verbal command every time the play gets to rough and if this doesn't help give the "aggressor" a timeout, while interacting with the other dog in the meantime. This will teach him that unwanted rough play ends up in an unpleasant/boring situation for him. Also establish a "no-play-zone" for the smaller one (i.e. around your feet) where she can escape to in case she needs a break.

Not the answer you're looking for? Browse other questions tagged dogs behavior training or ask your own question.

7
I know it's play...but my female is taking a beating!

1
Older female cat and male kitten, playful => bad reaction
3
my cats won't play together (not neutered or spayed)
2
Dog barks only when she thinks she's alone
5
How to train my dog not to bully other dogs?
4
3 year old male cat keeps attacking 24 year old female cat
4
Cat: Sanitary Issues and Peeing Outside The Box
1
How do I teach my dog to "play nice" with smaller dogs?
1
Cat afraid to play with my other cats