I've had this Sunsun 304b canister for a few years now. It was very quiet originally but in the last few years has gotten noisy.

And then two weeks ago it stopped pumping suddenly making a loud rattling noise. The intake pipe isn't clogged, and the impeller seems to be intact.

While trying to figure out how to repair this I've set up some sponge and k1 filters.

So what's the next step and how can I make the canister silent again? And if I use an external pump, what size did I need to drive the canister? 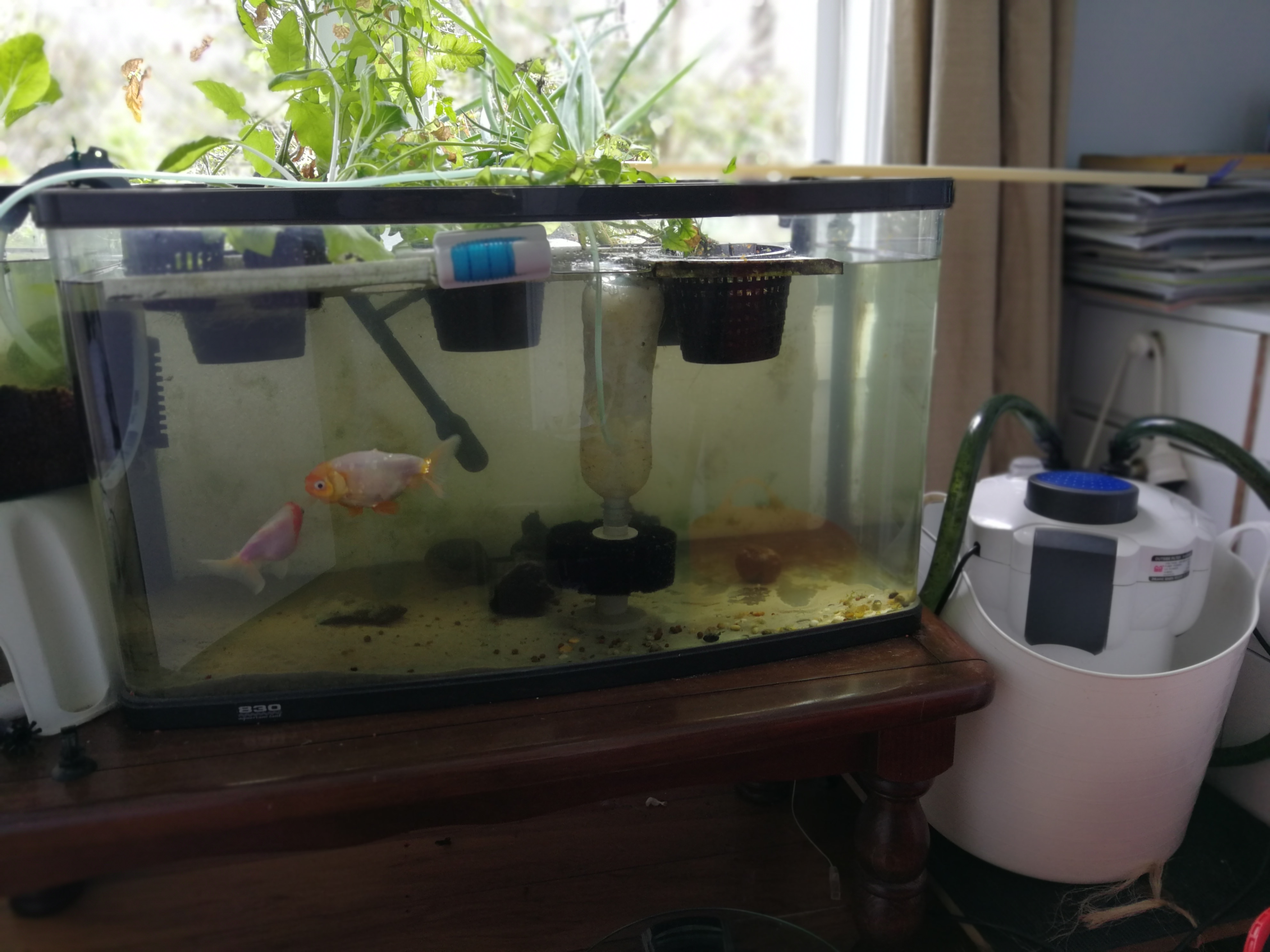 The noise from the canister indicates that the pump is still likely working but either the impeller is broken, or, that there is a blockage inside the system. The system has a filter for the input side of things which makes it unlikely that there's a solid blockage so the other possibility is an air lock.

I took the canister outside and used a garden hose to force water through from the input line, and watched water exit the outflow line. I then submerged both lines and turned the pump on. It started working quietly just as when I had first purchased it many years ago.

I took it back to my tank, reconnected it, and again it stopped working.

I then dragged my garden hose inside the house, and again forced water through it, and then quickly submerged the input line to stop air entering. It then started working though not as quietly as when I had done this outside. So, it appears that I had an air lock.

I also tried using an aquarium pump to push water through the system but it was simply not strong enough.

If the actual pump had failed I would be looking at replacing the whole unit as repairing just the pump would be too expensive. I've seen some people on youtube successfully place pond pumps on the inlet hose bypassing the canister pump. I'd be interested in knowing what size pond pump would work if that happens to me in the future.

Not the answer you're looking for? Browse other questions tagged aquarium filters or ask your own question.

4
Suction cups will not stick in brine shrimp bin
3
Why is my guppy being aggressive and not giving birth?
4
Fish that do not spawn in freshwater aquarium?
4
Why did my Guppies not grow for 8 months?
3
Why are my Mollie fry not growing?
1
I think my Betta has dropsy but I'm not sure?
2
When should I use bleach to fix the issues in my fish tank?
6
Fish needs light in its tank or not