Is it safe to keep bonobos as pet?

I have a wish to take a great ape as pet. The most commonly taken ape as pet is chimps. But as the chimps get adult it becomes difficult to control them and many end up in zoos. Also I have heard many horror stories of human being mauled by pet chimp.

But bonobos are quite peace loving. Is it safe to keep bonobos as pets?

Bonobos are NOT pets!

And please, for you and the bonobo, do not try to keep one as pet. There are at least four reasons for this:

1. Bonobos are not safe to be around for humans.

This story on BBC debunks a few of the myths around bonobos; they do bite and are not much smaller than chimps. One of the best researched Bonobos, Kanzi (audio story), bit his handler's finger off. Yes, he apologized, but that does not make him a safe ape.

Have you seen the enclosures in which bonobos are kept? There is a reason they are not part of the petting zoo...

2. The circumstances of bonobo capture and sale.

For you to be able to buy/get hold of a young bonobo, you will need to pry it from his/her mother. She will not take this lightly. The way this is usually is done is simple: kill the mother (for bush meat maybe) and sell the youngling. As these apes are quite smart and do have emotions similar to humans, you can imagine this is not a great start to have for a bonobo.

And zoos do not sell to the public.

All great apes need specialized care. For dogs, cats, and other small pets we know a lot of how to keep them healthy. Less so for apes. Never mind the habitat. You will not be able to provide them the necessary environment they need: their natural habitat with other bonobos.

Maybe you find a way to get the right foodstuffs. Probably you don't. This is normally done by zoo workers with the special education to get this right.

And never mind if your bonobo gets ill. What vet can take care of him/her? Or do you take it to your doctor? Nope, just nope.

And, lastly, there are laws in place. Bonobos are an endangered species. You are not allowed to import one into the USA. Nor the EU. (I cannot find a link right now, but every country will have a list.)

Because bonobos look so much like chimps, they are compared to them. And compared to chimps, bonobos are sweet, caring and social creatures. But just because chimps are dangerous, that does not make bonobos safe.

The picture you paint of the bonobo almost makes for ideal pet. But bonobos are wild animals. They can and will harm you if you try to keep them as pets.

What you are doing with your question is trying to build a case why it is alright to keep a bonobo as pet. It's not. Wild animals do not equal pets.

And a few quotes:

For every wild animal captured and sold as a wild pet, an estimated 50 may be killed or die in transit

Wild animals often harbour usual and harmful diseases: including avian influenza and psittacosis from birds, salmonellosis from amphibians, reptiles and birds, and hepatitis A, tuberculosis, monkey pox and herpesvirus simiae-B from primates

Also, if you do have several million dollar lying around, you might want to donate that to a zoo so they can build something like this. They probably will grant you live time access to that enclosure.

You should not get a Bonobo as a pet, they are aggressive and dangerous, and like with any smart animal, will use toddler style manipulation to get what they want. But I understand where you are coming from and thus recommend safer pets that hopefully meet your desire. If you want something ape like look no further than the (make sure it's legal in your state and country) American Opossum, Sugar glider, Marmoset, raccoon, or Kinkaju. If you would like something intelligent then look no further than octopus, raccoon, rat, pig, many special of parrots, and the ferret. And if your still stand on a monkey click on this link to go to Poggi's animal house to get a Marmoset

To be blunt, these creatures can have Jekyll and Hyde personalities and can be very vindictive and decisive. I would not get one if you have children or live alone. They can be quite territorial protective and jealous, a combination that is worrisome to say the least. They have been known to turn on there owners/human family and other family pets. There are other classes of chimp or monkey that are safer, such as a leader or spider monkey types. 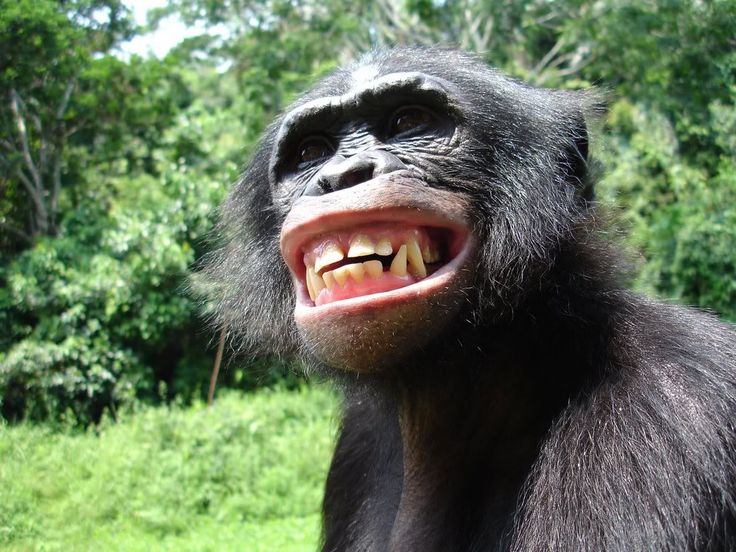 Bonobos are found only south of the Congo River and north of the Kasai River (a tributary of the Congo) in the humid forests of the Democratic Republic of Congo of central Africa.

Difference between Bonobos and Chimps -

Can Bonobos be kept as pets?

I would say, well definitely, why not?

Before going further I want to share some facts from the following article: 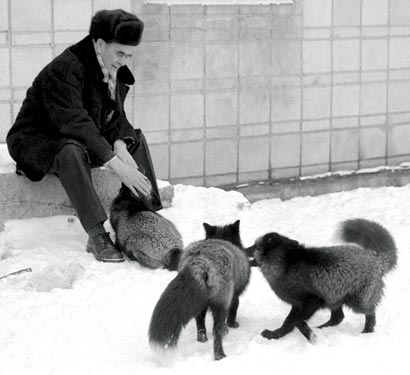 Dmitri K. Belyaev, a Russian scientist, may be the man most responsible for our understanding of the process by which wolves were domesticated into our canine companions.

He started his experimentation by attempting to domesticate wild foxes. Belyaev and his colleagues took wild silver foxes (a variant of the red fox) and bred them, with a strong selection criteria for inherent tameness.

In each generation foxes that were least fearful and least aggressive were chosen for breeding. In each successive generation, less than 20 percent of individuals were allowed to breed.

The result of this breeding program conducted over more than 40 generations of silver foxes was a group of friendly, domesticated foxes.

The domesticated foxes were more eager to hang out with humans, whimpered to attract attention, and sniffed and licked their caretakers. They wagged their tails when they were happy or excited. (Does that sound at all like your pet dog?) Further, their fear response to new people or objects was reduced, and they were more eager to explore new situations. Many of the domesticated foxes had floppy ears, short or curly tails, extended reproductive seasons, changes in fur coloration, and changes in the shape of their skulls, jaws, and teeth. They also lost their "musky fox smell."

Now can we apply this fox and dog analogy to chimps and bonobo? According to researcher Brian Hare, definitely. 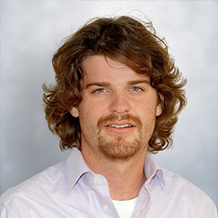 I want to share some facts from the following article:

Now I want to share some facts from the following article:

Rape, murder and warring neighbors are all regular aspects of chimp life. Bonobo societies, however, are far more peaceful. Hare thinks that the chimplike ancestors of bonobos found themselves in an environment where aggressive individuals fared poorly. By selecting for the most cooperative ones, evolution forged a "self-domesticated" ape, just as Belyaev produced domestic foxes by picking the most docile ones.

Bonobos and chimpanzees diverged from a common ancestor between one million and two million years ago, after the formation of the Congo River separated one population of apes into two.

Both groups faced very different environments. the northern population, which would eventually become chimps, had more competition from gorillas for their food. They were forced to compete fiercely with one another for whatever was left. Females got a particularly short shrift, and were easily overpowered by males for both sex and resources.

In bonobo-land in the south, the story was different. The river would have protected the ancestors of bonobos from gorillas. With more food to go around, females could gather in larger groups, form tight social bonds, and better resist the advances of males. In this land of plenty, the least aggressive males, who opted for alliances rather than brute force, were most likely to mate. South of the river, the nicer apes thrived.

As a result they started maturing more slowly. Many domestic animals evolved to become less aggressive by slowing the pace of development, so adults retained juvenile traits. For example, as Belyaev’s foxes became tamer, their minds and bodies became more like those of puppies than wild adults.

Here an important point to mention.

Chimpanzee and monkey infants are irresistibly cute, and it might seem that raising one would be just like raising a human child. As infants, chimpanzees are affectionate, needy, and a delight to interact with. But chimpanzees grow up fast, and their unique intelligence makes it difficult to keep them stimulated and satisfied in a human environment. By age five they are stronger than most human adults. They become destructive and resentful of discipline. They can, and will, bite. Chimpanzee owners have lost fingers and suffered severe facial damage.

Does it sound similar? Like what always happens in domestication, the bonobos slowed down their pace of development so that adults retained juvenile traits.

The following article mentions in great details about keeping bonobos as pets:

Bonobos have a female-dominated society where very little violence happens. What violence that does take place tends to happen when a male becomes aggressive and the females gang up to put him in his place.

Instead of violence, bonobos run their society through the near-constant exchange of sexual favors. Bonobos are the only non-human animals to have been observed engaging in face-to-face sex, tongue kissing, and oral sex.

Adolescent female bonobos have clitorises that are three to four times bigger than those of adolescent girls. So large, in fact, that they are easily visible, and waggle while they walk.

The bonobos need those big clitorises. Females frequently have sex with other females, usually every two to three hours.

On a lighter note, the best part of the article -

Rather than worry about your chimp suddenly deciding to rip your face apart, or tear your arms off and beat you to death with them, with a bonobo, your main worry is that your favorite pet might become a little too fond of you. And really, that would be kind of a good problem, wouldn't it?

So why not take a bonobo as pet? If we can take dogs as pet, surely we can take bonobos as pet as well?

Not the answer you're looking for? Browse other questions tagged behavior pet-selection exotic-pets or ask your own question.

6
What do I have to consider before getting a sugar glider as a pet?
9
What could cause my dog to bite/pull her own hair out?
4
Can I keep a monkey as a pet?
3
Kitten traumatized? (STATUS UPDATE)
3
kittens are biting everything… literally
1
How to properly take care of pet slow loris?
6
Is it safe to let a pet lick your face?
4
Save my family from my cats?