I have a male golden retriever and he's just over a year old. I noticed this lump on his belly near his penis. He doesn't appear to be in pain and it didn't bother him when I was inspecting it. I've never noticed him biting it or anything but he often licks down there so it's not something I'd see as unusual if he was. 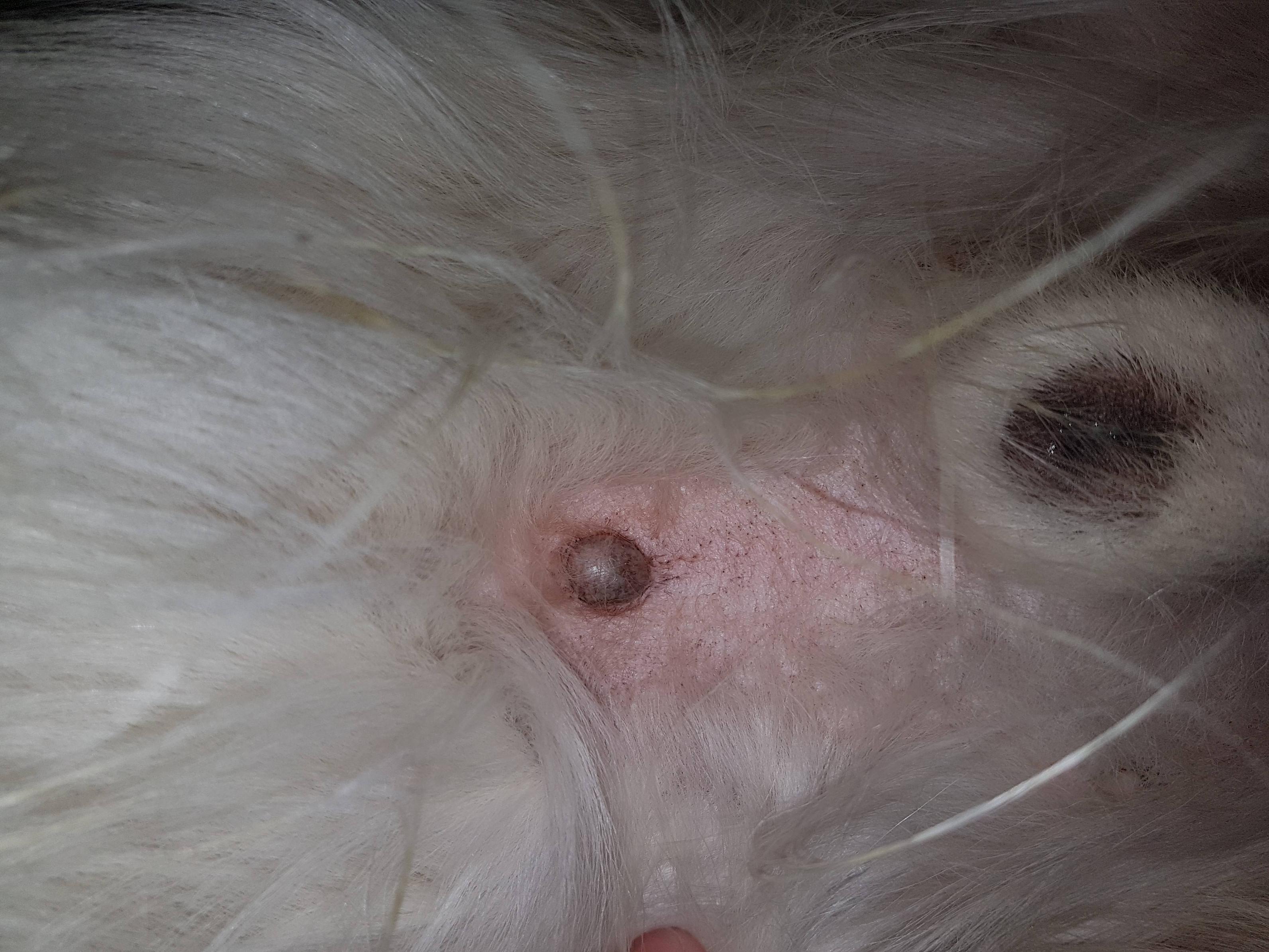 He sleeps indoors and he is on a lead most if the time when we go for walks. I could probably pop this with a pin but I'd like to know what it is before I do anything.

It doesn't look sore and it's very soft almost like it's filled with fluid. He has had similar, but much smaller lumps in the past and that he usually pops and a yellow liquid comes out. The vet said they are just from nettles. This one is big and he has yet to pop this one which has me more curious.

We asked the vet last time he had a checkup and the vet said it's his belly button. It's a minor umbilical hernia but it's not worth doing surgery on. The vet didn't seem to concerned it would cause the dog any health problems. it shouldn't cause any problems but if it starts to grow it needs to be addressed right away.

3
Why do my clothes acquire a bad “dog smell” after laying in the wardrobe for a long time?
6
Is it normal for dogs to have slightly congested breathing?
4
How can I make my barfy dog feel better? (Gross detail warning)
4
Diagnosing a skin condition in a kitten with no qualified vets around
4
What could cause my dog's rash and yellow flakes besides allergies?
8
Dog running away with toy
4
Swollen cat lip
3
Cat presented multiple symptoms over the past 2 days
3
Can dogs be affected by the lack of routine/being kept up at night?
1
Belly Lump with Black Liquid Inside on 9-week-old Pup