How can I train my dog to stop eating everything?

He's almost a year now (about 10 months old), and I thought it was just a phase, but it's not so much like that as it seems.

I've had problems with him eating wood (from chewing on tree branches), which almost caused him a visit to the operating room because he would not poop, and threw up everything he ate or drank.

He doesn't eat his poop, but he eats dirt, rocks, branches, leafs, grass, plastic bags, bones, and even dry wall or anything in between. Yes, he is the one out of my 3 dogs that gets into the trash, the other two know they shouldn't and they don't!

I've tried to move the trash bags to other places where he can't reach them, but that does not seem like a reasonable solution. He doesn't care if I'm right there, if there is something good in the trash can, he's going to at least take a nice big whiff out of it while possibly sticking his head in there to see if he can reach anything.

This is not something I had to emphasize so much as to yell "no" or "bad dog" with my other dogs.

So my question is, how do I handle my rowdy, hyper, eating-everything-he-can dog? 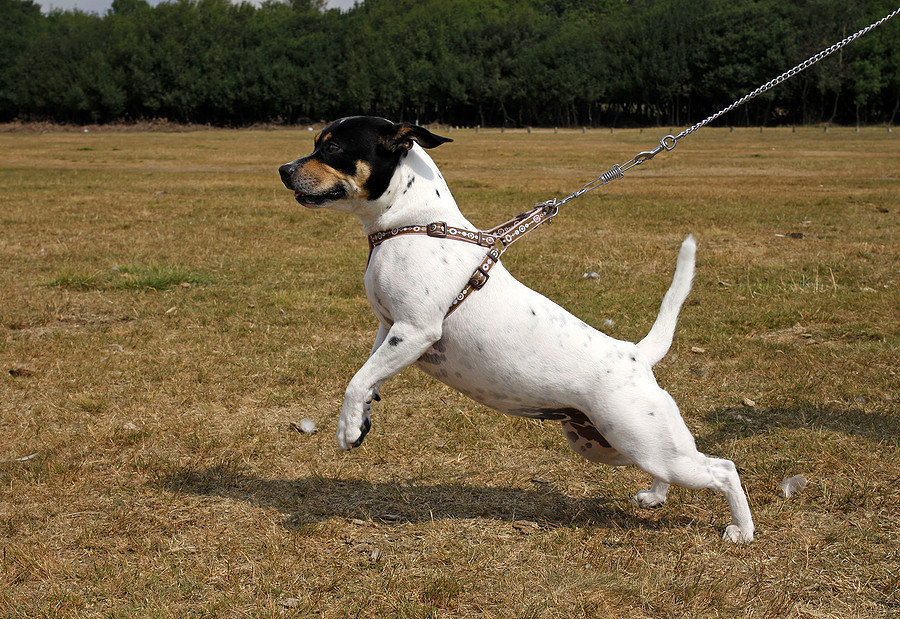 What you need to do here is to make him calm down. Pull on the leash time to time, don't make noise, just something like "hey" or "it's okay", you should not being angry or aggressive at all. You can also touch him, so he can gently cool-down. At this point you must be about 5 meters from the trash and you should keep him there like that until he gives-up. Then you will see something like this probably: 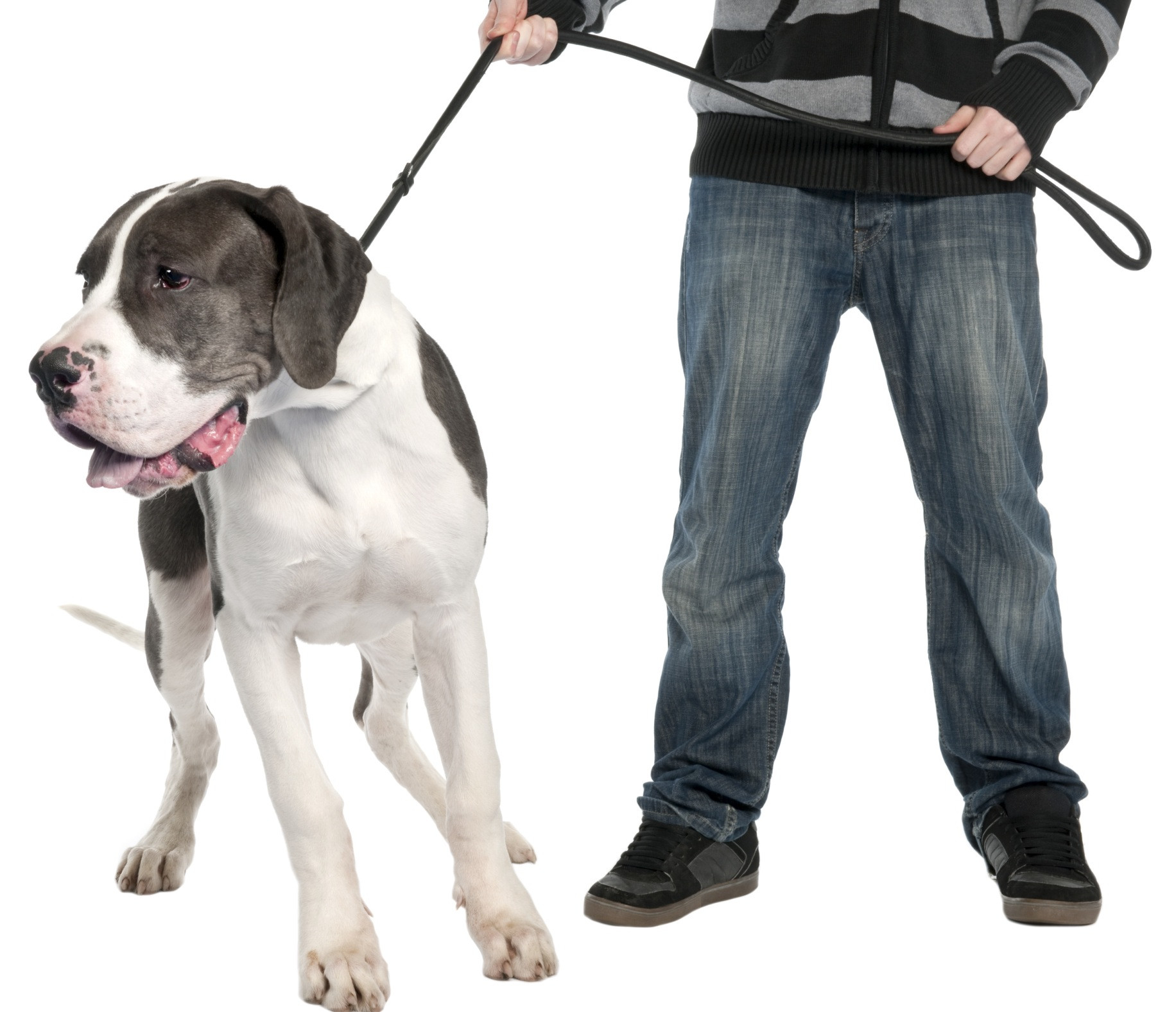 From now onward, you have to walk with him like this, slowly going closer to the trash or object. He should NOT pull the leash, you should keep him calm. If he is pulling, then stop and wait until he calms down, then one step closer. Go closer until you get to the point that you're just a little bit far from the trash or object (but he still can't reach it), and let him sit down there. Seems you're waiting for someone, just wait there.

You will get to the following point soon or late: 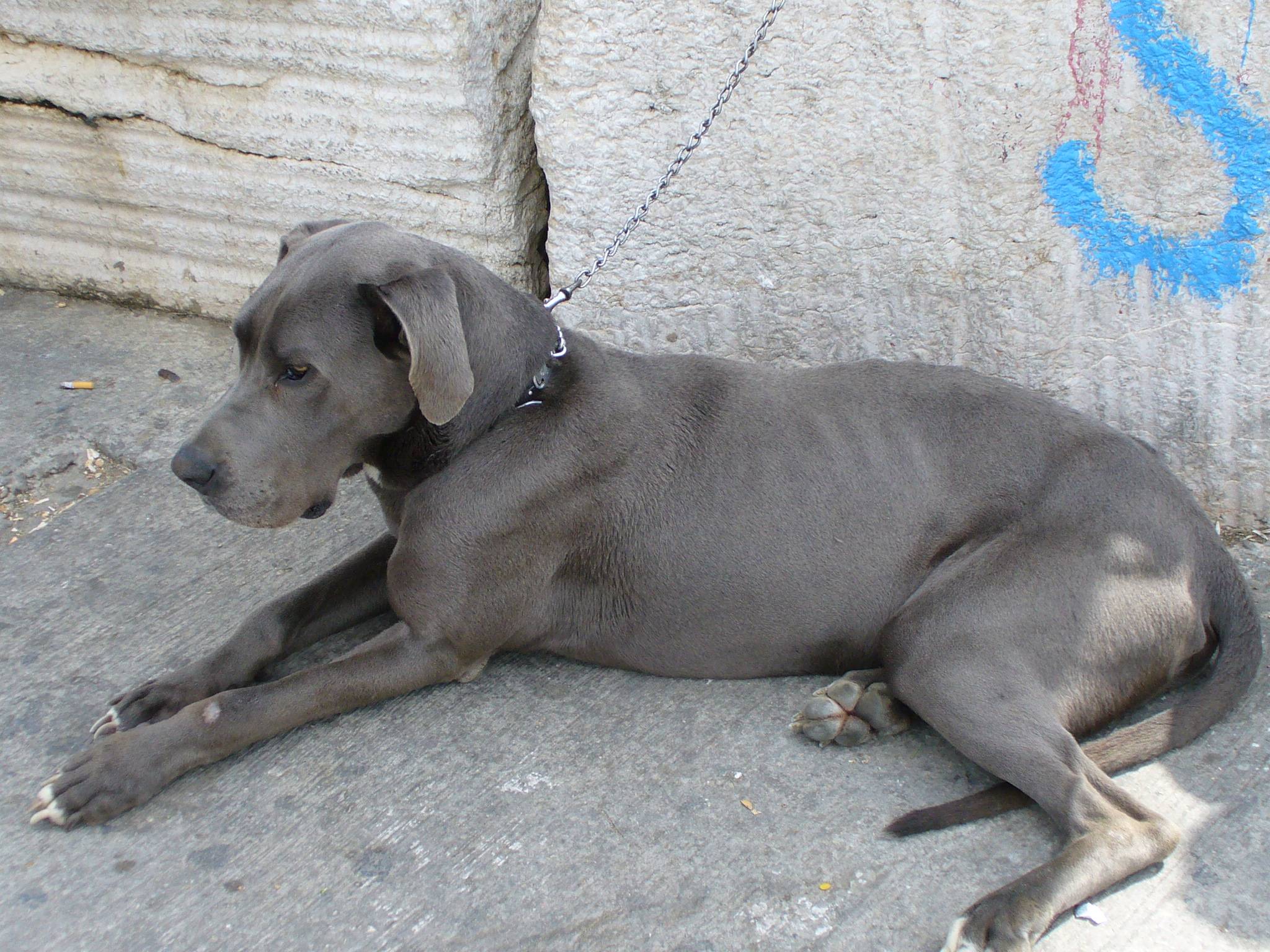 Now bring the other dogs. Let them sit down there for a while. Like a normal summer day in your backyard. Then give some of their toys or even some food as a treat. Let them be there for a while and then start walking to the next point. If he is already tired, that's a good news, go back home and repeat it again another day.

Just remember this is the correct way of walking with a dog with a leash. He/she should not pull for any reason. 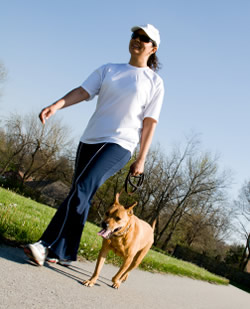 Not the answer you're looking for? Browse other questions tagged dogs behavior training eating or ask your own question.