How to efficiently catch my own fish?

I recently performed some maintenance on my tank which required me to move all of my fish from one tank to another holding tank for a short period of time.

The most difficult part of this entire process was successfully capturing the fish before and after the maintenance. I figured I must be missing some kind of trick or technique which led me to ask:

What is the best way to catch my fish with minimal stress for them?

I used a few different techniques to eventually catch them all but it took a while. The techniques I tried were:

My primary concern is stressing the fish out. I don't want to endlessly chase them around the tank because I don't think it does anyone involved any good. I deliberately caught the fish which is normally quite jumpy (Opaline Gourami) first so I had the element of surprise. After a few fish had been taken out, the rest knew what was happening and upped their game.

IMO, a clear acrylic fish trap is the least stressful method. If done correctly, fish often have no clue they're being trapped at all. It's not always possible to catch everything because some fish are extremely skittish of just a hand being in the tank, or decorations and hardsdcape get in the way, but compared to a net, it's worlds better IMO. - Jestep [in the comments] 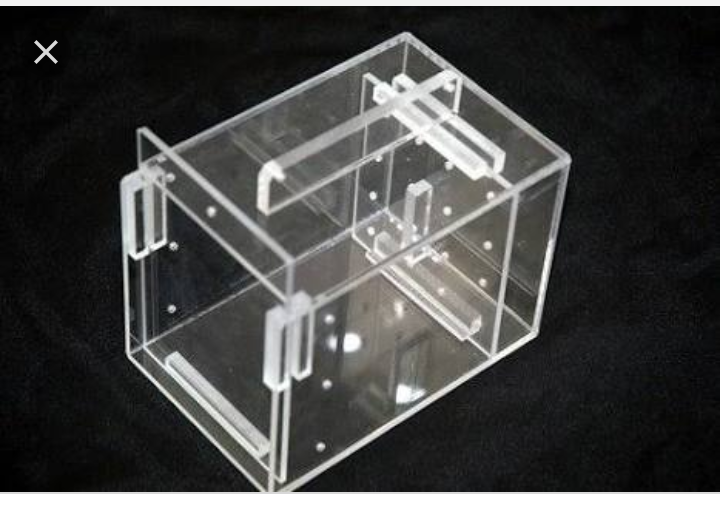 I hadn't heard of fish traps, but have had quick success & therefore hopefully less stress. By using a glass jar. It was especially useful with my tiger barbs, they would swim near the surface and I could use the water rushing into the glass to 'suck' the fish in too.

Not the answer you're looking for? Browse other questions tagged aquarium fish freshwater or ask your own question.

9
Which South American fish will keep pygmy chain sword plants clean?
4
High nitrate level in tap water
10
Why did my established pond suddenly have a mass death event?
2
Why did all 45 goldfish (and 2 mosquitos) in my pond suddenly begin an overnight, 4-day die-off?
2
Betta with other fish… a fight? or other cause?
2
8.0ppm ammonia spike that's been “in effect” for about a week or two
0
Goldfish stopped eating after moving to a new tank, how to help them eat again?