Betta with black dots on fins

My Betta seems to have recently developed little black dots on his fins on both sides about a week after moving him from a small bowl to a little Top Fin 2 gallon (7.6 L) aquarium with a heater.

He eats pellet style Betta food and lives with a little nerite snail named Reggie. It is possible that these dots may have just gone unnoticed until now, but I feel like they are new. Any ideas as to whether this is disease related? 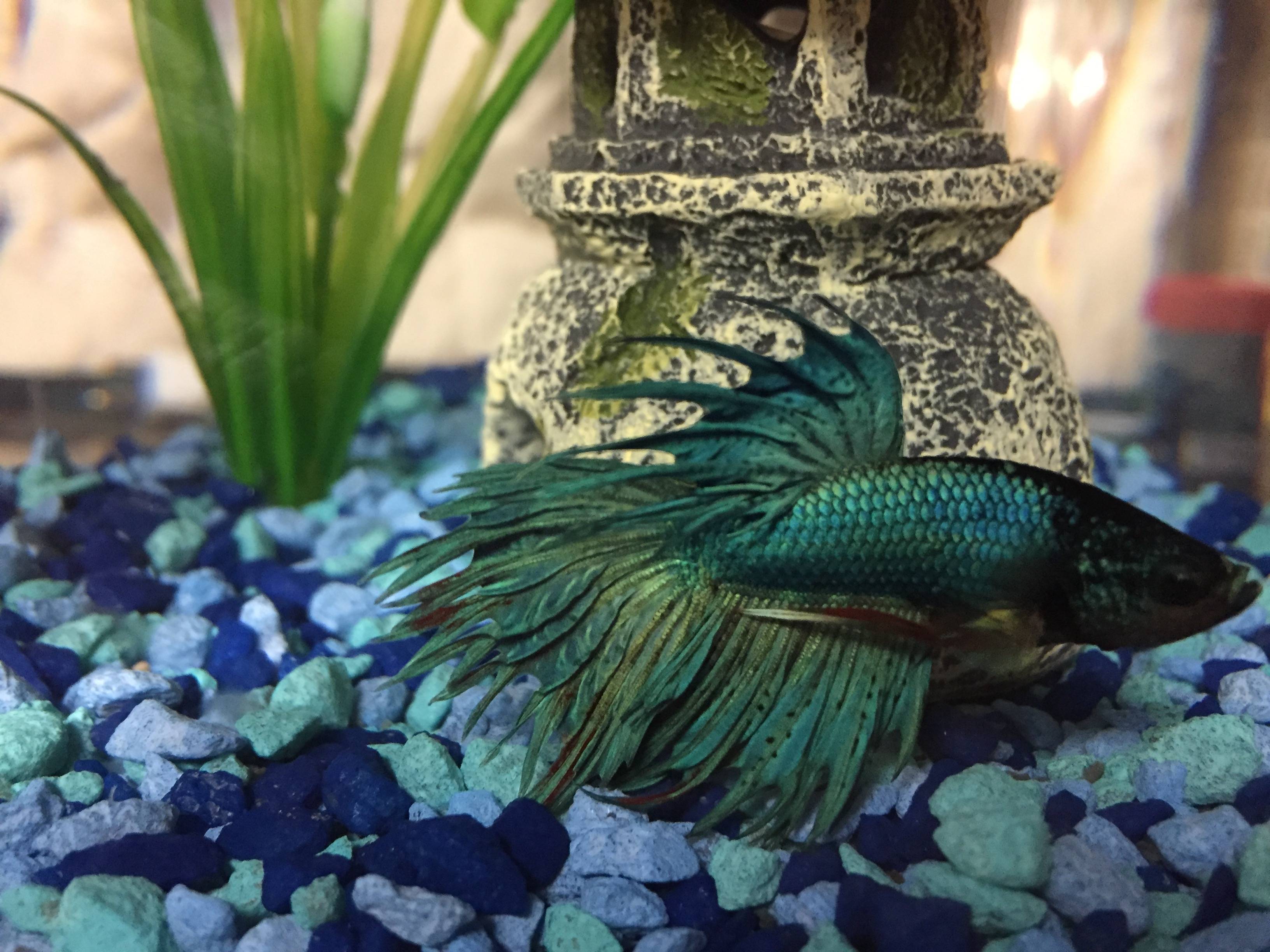 This is a little bit of a mystery and my answer is a collection of possibilities that I've looked at. As you noted in your comment, he is still healthy and active.

In Discus and some Angel fish, there is a condition called 'Peppering' where the animal attempts to camoflague itself better by 'peppering' its body with black dots. This normally happens if the substrate (or tank generally) is dark. In your picture, it appears that you do have a fairly dark substrate but it's unclear whether this condition is caused only by the 'Pigeon Blood' strain of Discus or not.

Bettas are pretty popular and some fish may not be as pure-bred as others. Many enthusiasts have noted that their blue bettas have developed red fins over time. This still seems unlikely that they would be such finely defined spots.

Check and recheck your water parameters to ensure that you have no ammonia, nitrite and a low level of nitrate (< 40ppm). Water quality can impact what a fish looks like but again, unlikely that it would cause black spots. This doesn't look like fin rot (which is normally indicated by ripped or torn fins exposing the vertebrae).

Monitor the small dots and make sure they aren't increasing in number, changing in size or moving position. Ensure that your water parameters are stable and you're doing all required maintenance.

If there are any changes, you could update your question.

This may a condition called fin rot. If the fins where the dots are begin to look like they're disintegrating it is indeed fin rot. It's a fungus common in betta and is contagious. The best way to treat this is to isolate the fish in a bare bottom tank (no gravel or decorations) and perform half water changes added a teaspoon of aquarium salt to the water and refilling the tank daily. And for those saying 2 gallons is too small for a betta it is the minimum amount but still an okay amount.

As Bettas age they can experience pigment changes and this includes black spots on their fins.

There doesn't appear to be any fin rot looking at the ends of the fins, and no red streaks.

I think just enjoy your fish.

Not the answer you're looking for? Browse other questions tagged fish diseases betta biology anatomy or ask your own question.

3
Black dots on betta fins
2
Betta has a large black spot
1
Black dots on my Crowntail Betta
5
Is my betta dying/sick or just sleeping?
1
Why are my Betta’s fins curled and maybe spotted?
1
Black/white patches on betta

5
Is my betta dying/sick or just sleeping?
1
Something wrong with my betta fish fins
3
Helping an old betta with fin holes