Update: mass seems to be turning a greyish colour and I also managed to get my own photos: 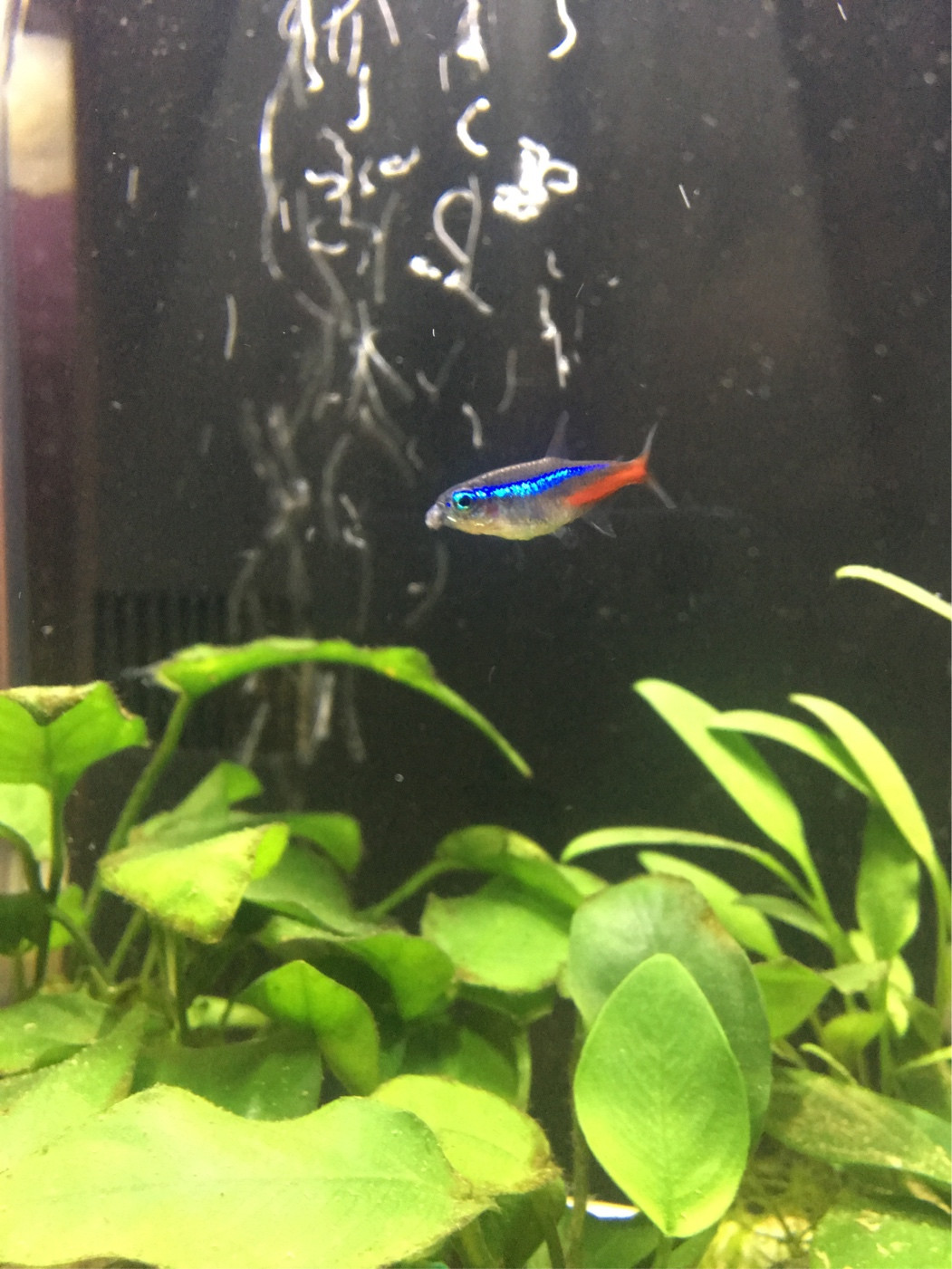 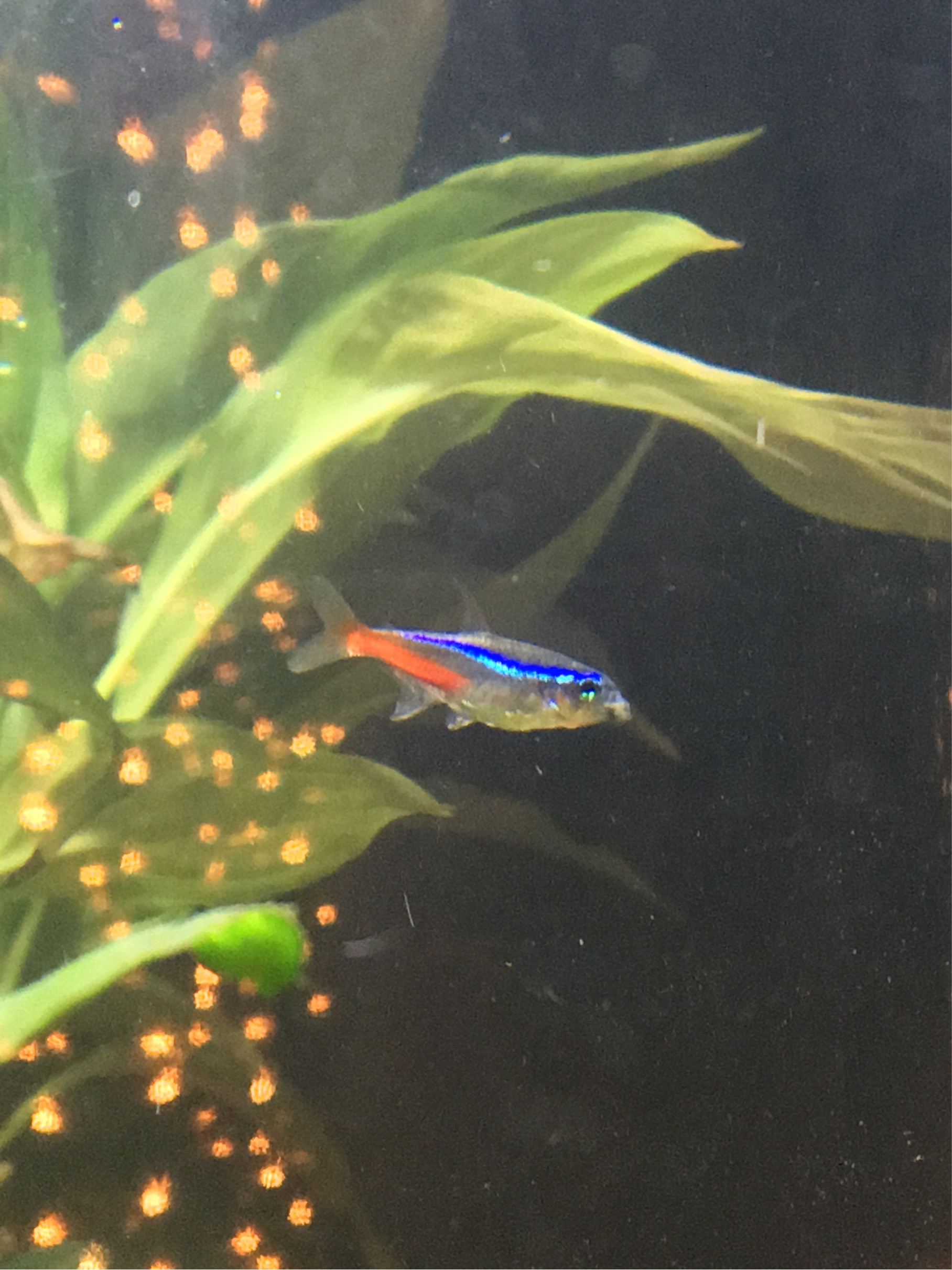 Quite a while ago I noticed a white mass on one of my neon’s mouths; he's now been given a name since he has been the focus of my studies for the past month - Simon. After a quick research, I concluded it was cotton mouth and immediately popped him into a quarantine tank to prevent my other fish catching it. Tank was cleaned, water change, etc. - all other fish are still fine and dandy.

When I first asked my question; I had already tried increasing the temperature, adding aquarium salts, using anti-bacterial treatments and acriflavine (not all at once). More recently, I've tried an anti-fungal treatment in case my initial diagnosis was incorrect, and since none of my previous methods had appeared to have worked. I think my fish's medicine cabinet is more-well stocked than my own now.

There is a small white circular mass, approximately 3mm in diameter protruding from Simon's mouth. Upon closer inspection, the mass appears to be attached only to the bottom lip, rather than the whole mouth; which I have read is a familiar character of this particular symptom, in multiple sources (here and here).

Simon has no other symptoms. From looking back at those two sources, Simon doesn't have any white spots, his fins are in great shape, there are no 'saddleback' lesions near the dorsal fin, his colours are as bright as ever, and he has a remarkable appetite. I might also mention that over the past four weeks, the white mass hasn't grown in size from what I've noticed.

I'm beginning to doubt that this is cotton mouth, but I also don't want to put Simon back into the main tank until I know for sure. How will I know when a fish has been cured from cotton mouth? Will the white mass disappear, or stay like a scar? Is Simon safe to be re-associated with his scaly brothers and sisters?

Side note. My main tank's water parameters are checked regularly and are within the recommended concentrations, likewise with the QT. The QT is 20l and he has it all to himself, so there is no rush to get him back into the main tank; I'm willing to take my time with this.

Are there any other illnesses/injuries which produce these symptoms?

I'm wondering if it may just be an infection due to an injury from some infighting with fellow Neons, especially when you say he has no other white spots on his body and his appetite is as it should be.

I would say to continue with monitoring him in the QT and if you have a magnifying glass, get a closer look at his mouth to see if there has been any improvement. You can then also determine if you need to treat him again.

Not the answer you're looking for? Browse other questions tagged fish diseases or ask your own question.

4
Why is my tetra attacking other tetras when they swim nearby?
6
White marks on my Pearl Gourami turn into blisters/tumors before they die
4
What is this tufty white spot on my goldfish's head?
3
Does my isolated neon need a companion
4
Pleco has a burn! Help, please!
3
Common goldfish with "bleeding" around face, gills and fins