Is 10 months too late to teach a cat to self-feed? If not, how shall I proceed?

We got the cat from the streets when he was approximately 1 month old. He was in an animal shelter until he was 2 month old, then came to our house, December 2016. He is an European shorthair.

For the last month approximately, he have been trying to teach him to self feed, giving him all his 3 meals together in the morning (7 am, maybe 9-10 am the weekends), but he always eats everything before noon. Then, for the rest of the day, he keeps asking for more, yet again, can't tell if he is hungry or just likes food. He eats all of his food really fast, and he is starting to be a little overweight, more than 5 kg, approximately 5.5 kg to be exact.

We always use high quality dry food, same brand (Wild Instinct). We want to teach him to self-feed himself, since it is more convenient for us, if we spend a day out for example, and I think it is better for him also (if he really learns it), but he seems a bit anxious. Also, he always tries to steal our food while we are eating or when something is left on the table (especially bread, he loves it).

For the last month approximately, he have been trying to teach him to self feed, giving him all his 3 meals together in the morning (7am, maybe 9-10 the weekends), but he always eats everything before noon. 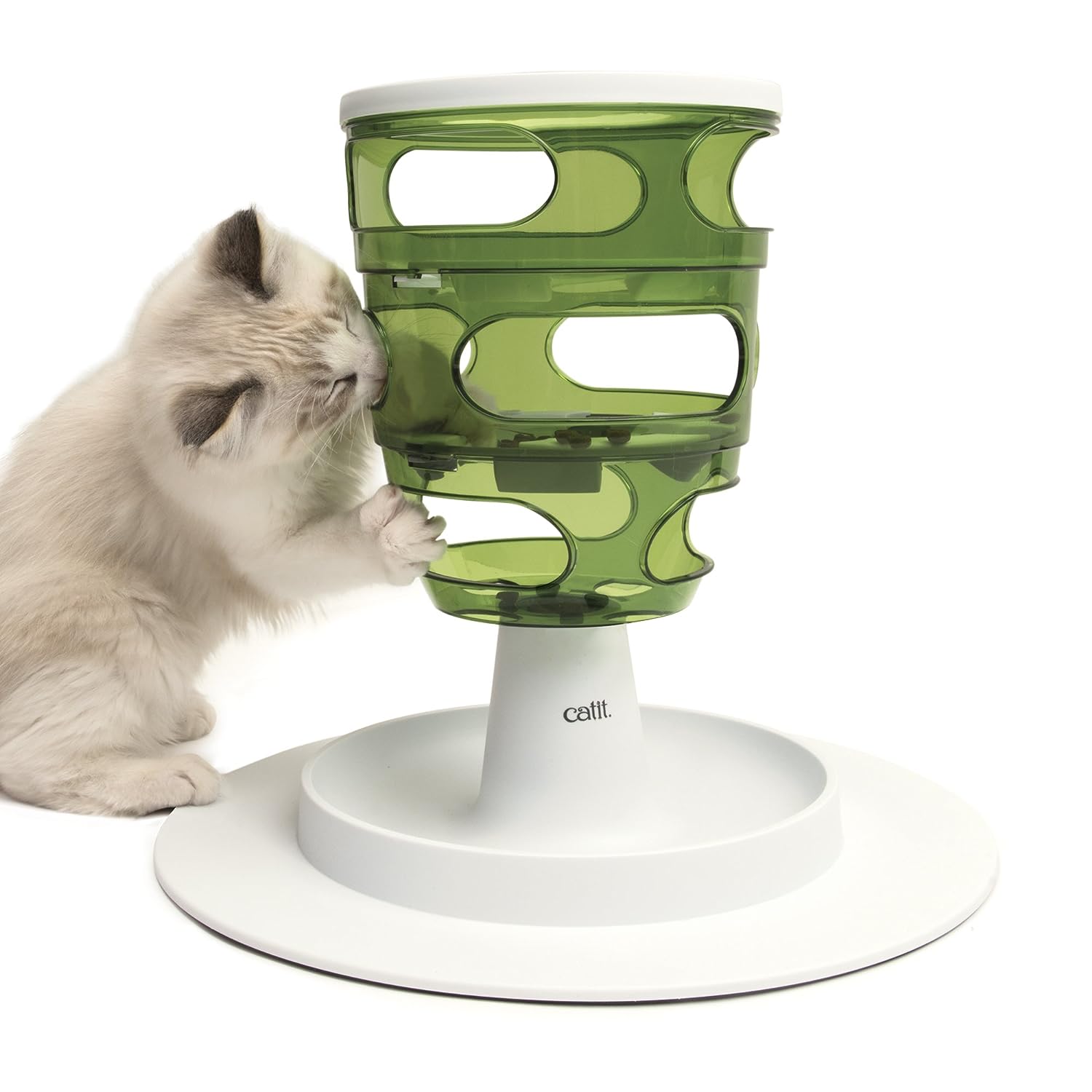 One thing that I realized at a later stage is that when you put enough food in the maze, then the initial food is easy to get (a simple swipe will make many pieces drop), but it takes more and more effort to get food when the maze is nearly empty (because you need a precision swipe just to get a few solitary pieces).
This again incentivizes the cat to stop eating after a while, and come back when he's sufficiently hungry (and therefore sufficiently willing to put in the effort).

Not the answer you're looking for? Browse other questions tagged cats behavior training feeding psychology or ask your own question.

4
Can I give my cat large amounts of food before leaving home?
3
How often should cats eat?
2
How many times a day should I feed my cats?

18
What is the best way to keep a cat in a multi-cat home from eating all the food?
14
How many times a day should I feed a cat?
10
How can I teach my kitten not to steal the other kitten's food?
2
Is it important to keep a strict feeding schedule for dogs?
3
My chartreux stopped eating canned food - Normal?
3
When my snake is refusing food how long should I wait before I should worry?
3
Help! My dog wants permission to eat
9
How to convince my cat to eat its enzymatically hydrolysed diet?