How to safely keep a parrot's space warm through the winter?

My partner and I inherited a parrot a few months ago and are doing our best to take good care of him. He's a middle-aged caique. Temperatures are beginning to drop here in northern USA and we're concerned that too low temperatures, or too unsteady temperatures, will be bad for this bird's health.

The indoor temps the bird could be exposed to would probably be 60-65dF lowest. If it got lower, as the house might rarely down to 50dF, the bird would certainly be in a warmer, insulated area. The bird is equatorial - their natural range is tropical Brazil - so we expect him to biologically be tuned to ~75dF give or take 5dF. Outdoors where we are it can be below freezing for over a week straight.

We installed two space heaters designed to be in bird cages - a wall-mounted heater and a heated perch. Our bird doesn't like standing on the perch but at night he does stand nearby both the heaters. During the day he'll hang out elsewhere in his cage. We felt these heaters were safe to leave on more or less 24/7 since they are designed for that purpose.

Even with these heaters, we're concerned the room he's in isn't warm enough. Our current residence is hard to keep heated but we're moving soon so that should help. Still we wonder: during the day, while we're away or even while we're home and if our bird is out of his cage playing in another room, what is a safe way to ensure our bird is warm enough during the winter?

We opt for space heater fans nearby him when we're home with him. That keeps the room his cage is in, or the area he's in if elsewhere, pretty warm. The space heater has a setting to shut off once the room reaches a set temperature. The concern with this method is two-fold: 1) we don't think it's safe leaving the space heater on when we're not home; and 2) we worry that the ups and downs in temperature that come from a space heater turning on and off could be bad for our bird's health.

So there is a wrap, similar to Ace bandages that is self adhesive. See pic below. Most pet stores have it for around $4.00US in the health/supplement section, or can be ordered online. You can wrap this tightly AND lightly (too thick may reduce amount of heat given) around the slick perch, giving your bird a better grip . You'll have plenty left in the roll after one use, to replace as it gets torn up.

There are also heat lamps made for birds and aviaries. I'd recommend going with one similar to the pic provided, instead of one that rests on top if the cage (you don't want the metal to heat up. I'd also recommend instead of putting it directly above the cage to have it off to one side, pointed downward, so if your bird gets too warm, he can still move to the other side of the cage to get away from the heat.

Similar in price, there are also snuggle warmers, which are flat heaters that attach to the sides of cages, that can be placed near a favorite perches (try a perch he regularly uses, not the heated perches). I have mixed feeling about these specifically, because I've heard the chord is quite thick, slightly resembles the figure of a snake, which may freak out some birds, being that snakes are natural predators in the wild.

You can also, cover the cage at night, when it's cooler. Birds seem to have better sleep when covered anyways, letting less light in and producing a "night time" feel, especially for those who keep lights on in their homes at night.

You could also get a snuggle hut or as I call them "snuggle buddies". Birds can hide inside, or rest on top of them or next to them, depending on preference and shape. My bird sleeps on top of his, even when I put treats inside, he never goes in, but it's still comforting to him.

If you have him near any drafty windows you can seal your windows with products from hardware store specifically made for sealing OR I've heard you can seal cracks with plastic wrap, if no cracks the plastic wrap also acts as installation, holding back cool air (I've never tried this), or move his cage away from the window.

Also, just a side note: some birds aren't comfortable with blow heaters, as the heated air can get too hot OR cools on its way to the bird and is still uncomfortable- most birds don't like air blown on them- BUT yours may be handling it fine. Always have section(s) of the cage available for your bird to cool if it's ever feeling too hot. I hope any or a combination of these ideas help. 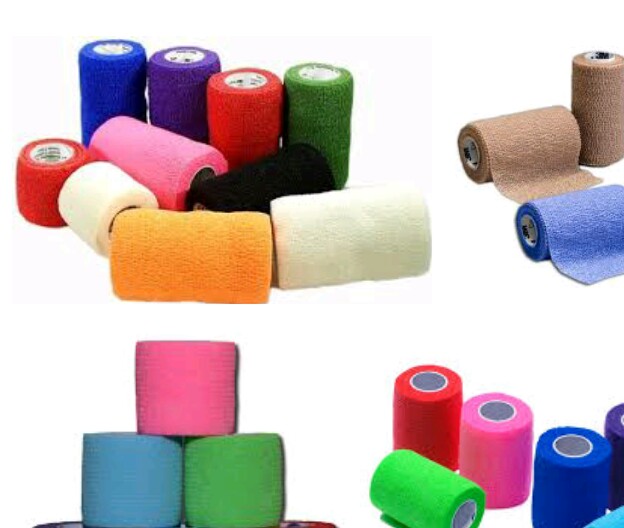 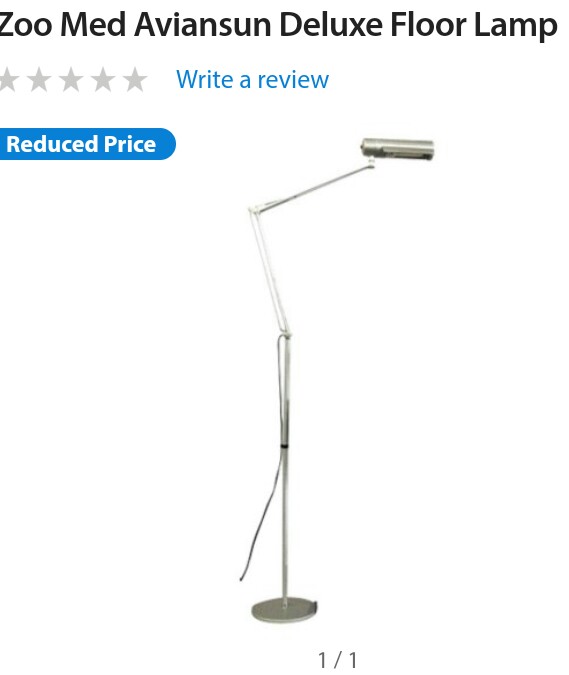 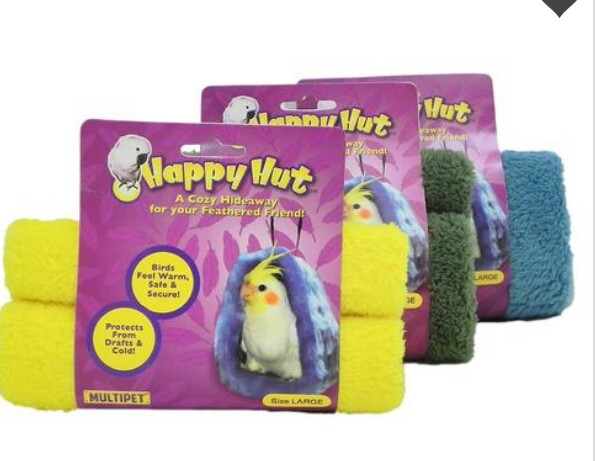 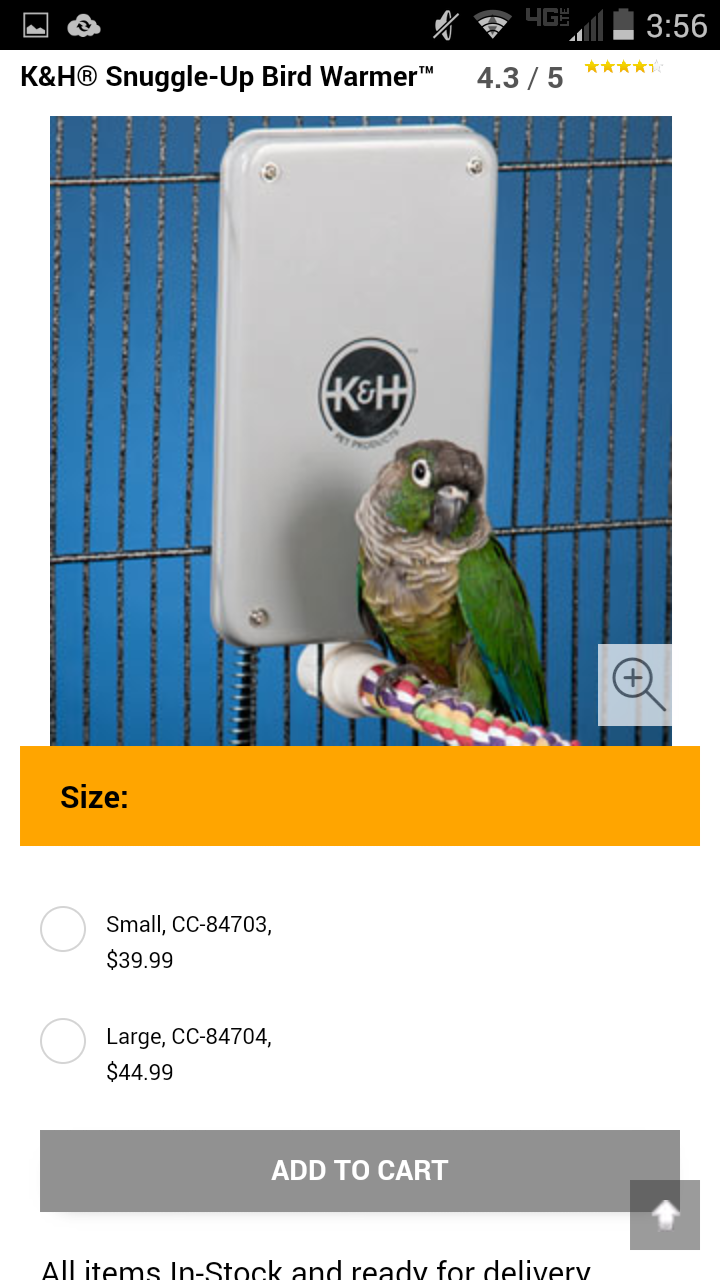 Not the answer you're looking for? Browse other questions tagged safety birds temperature or ask your own question.

11
How Can I Teach My Green-Cheek Conure the Concept of "Stepping Up?"
7
How can I keep a rabbit warm?
10
Is it OK to crate my new dog at night while my old dog roams the house?
1
Helping a lethargic pigeon in the winter
4
Stress relief of parakeets? Is vegetable glycerine safe for parakeets/ small birds?
4
A single parakeet and an older cat - good idea?
30
What to do when moving next to a bird sanctuary with a loosely-domesticated cat?
3
We found a dove. How do we care for it?