My dog recently developed this mania where he won't stop licking his front paws, not the thick skin under it, but rather the fur as in the "back of his hands" and along the legs. 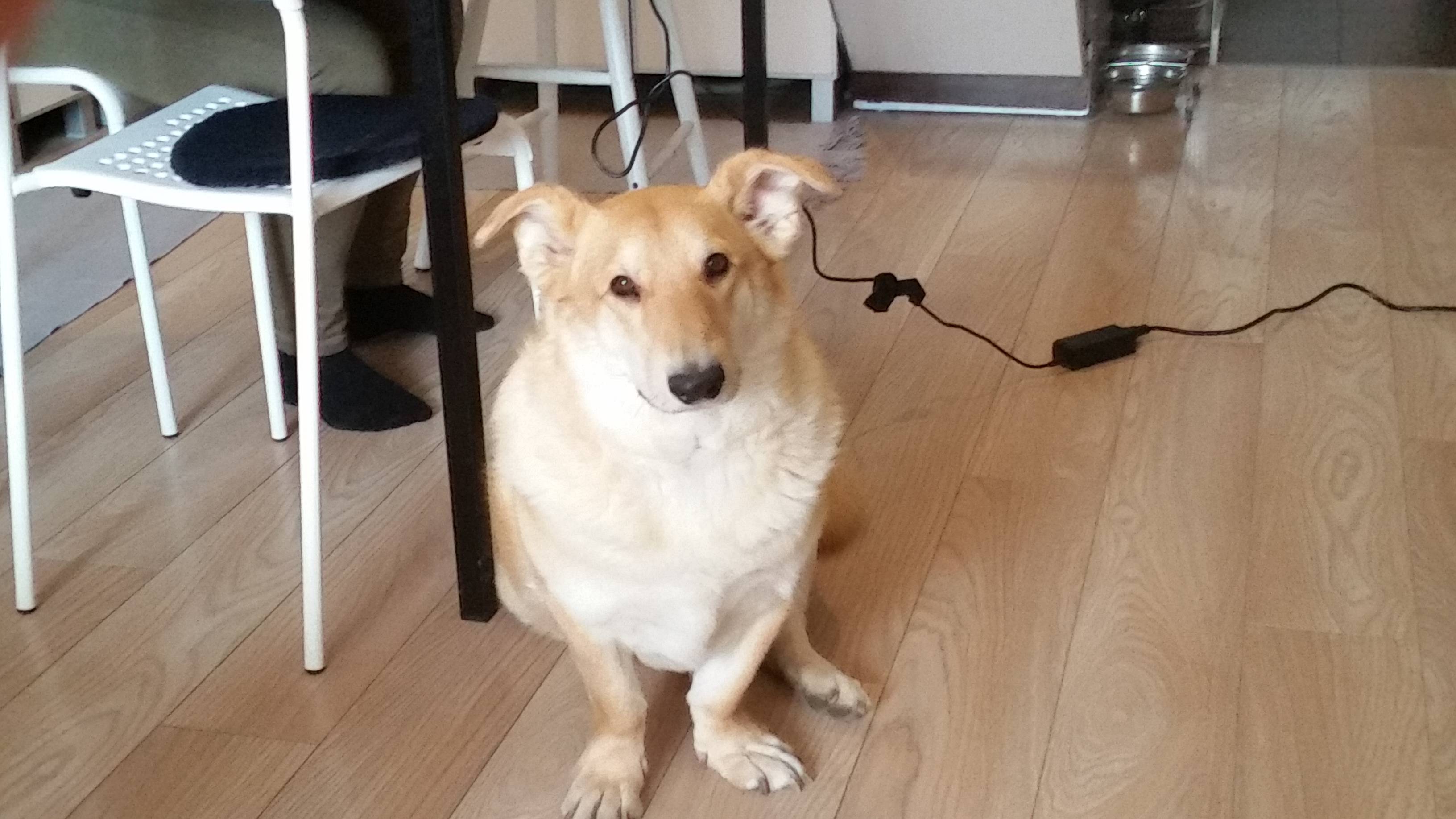 He's always licking the fur, and the noise of him licking it is making the entire family crazy, like the sound of a kid chewing gun right next to your ears. It's like he's bored and that's his favorite entertainment.

The noise is not the only thing, the real problem this causes is that he is becoming increasingly bad-smelly because of the dry saliva that stays on the hairs. We recently took him to a hairdresser for washing and brushing, and only one week after it, he already smells as bad as before the washing.

My wife suggested it could be the food we're giving him, so we changed, but he still does that. We also got a "perfume" spray for animals from the pet store, and we are spraying him to get rid of the smell, especially around the area he keeps licking (maybe the taste will discourage him), but he can't stop doing it.

The vet couldn't decide a reason why he does that, so he gave us a full set of vitamins, some of which I've never heard of before (vitamin K, anyone?), and of course no help (otherwise I wouldn't be posting here).

We're really going crazy with this, so I come here to ask, anyone has experience with such problem? Any kind of suggestion would be appreciated.

It could be an allergy. My dog will lick her paws from the top side, especially between the toes. A dermatologist specialty vet took samples and found that she gets yeast growing there, and he said it is due to allergies. I clean them every morning now with chlorohexidine wipes, and that has reduced the licking by 95%.

As this is likely an allergy you should figure out what your dog is allergic to - once you figure that out you can remedy the allergy which will decrease/eliminate the paw licking.

Some dogs have seasonal allergies to things like pollen, dust mites, and so on. You can give your dog Benadryl (the dose is 1mg per pound of body weight), and this will help mild allergies. You'll also see an effect pretty quickly, so you can try giving your dog some benadryl and see if there is an improvement.

You pup could also be walking on or playing in something that's bothering his paws. You can use a wet washcloth (no soap) to wipe down your dogs paws, or even use unscented baby wipes. Definitely don't spray him with perfume or anything as that's likely to cause more irritation.

It could also be a food allergy. You mention switching dog foods to test this, but don't provide any details about that switch. If your dog is allergic to something like chicken, that's going to be an ingredient is many dog food brands and even switching brands won't help unless you've cut out the ingredient causing the issue. You should read through the ingredients in all the food your dog eats and start eliminating ingredients. Further, it typically takes around 6 weeks to see a difference once you switch food so be patient and understand that however annoying it is for you to have to watch/hear your dog lick his paws it's definitely more uncomfortable for him to be living with an allergy or irritation so bad that he's having to constantly clean himself.

Not the answer you're looking for? Browse other questions tagged dogs grooming or ask your own question.

17
What can I do if my puppy is hyperactive?
3
My dog pees whilst we eat
8
Managing dog on furosemide (Lasix)
2
Why does my dog stack his poop on the outside furniture
3
Help! My dog wants permission to eat
2
I need to groom my dog during this covid lockdown
1
10 month old GSD going crazy in crate - how to stop this?