I picked up my Mali Uro today, and noticed a stick/hook thing sticking out of one of her(?) femoral pores. I searched around, and people have mentioned "bulges" on the pores, but I couldn't find any mentions of a "stick-like" protrusion. I tried lightly pushing on it, but it seems securely fastened to her thigh. Poking at it doesn't seem to bother her either though.

Unfortunately, my camera's autofocus is broken, so the pictures aren't great, but here's what I could get: 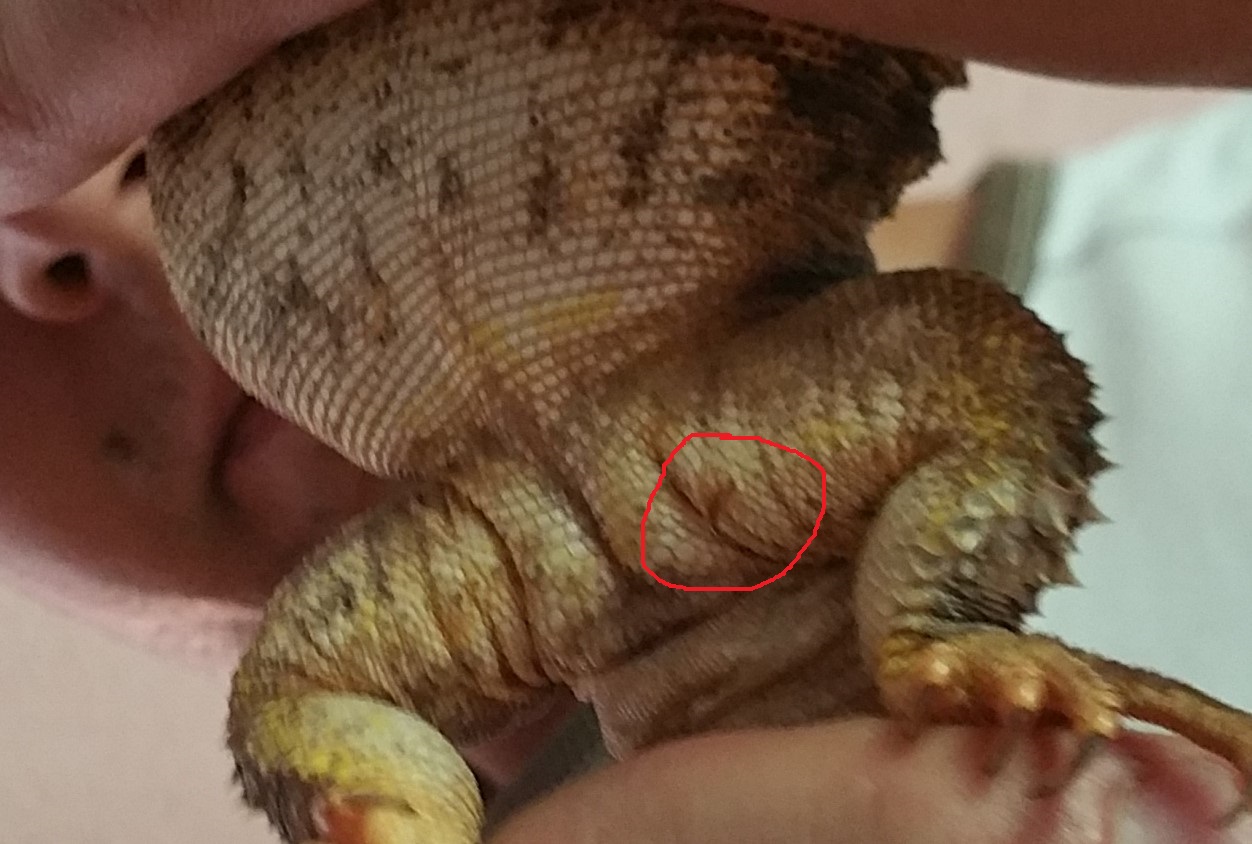 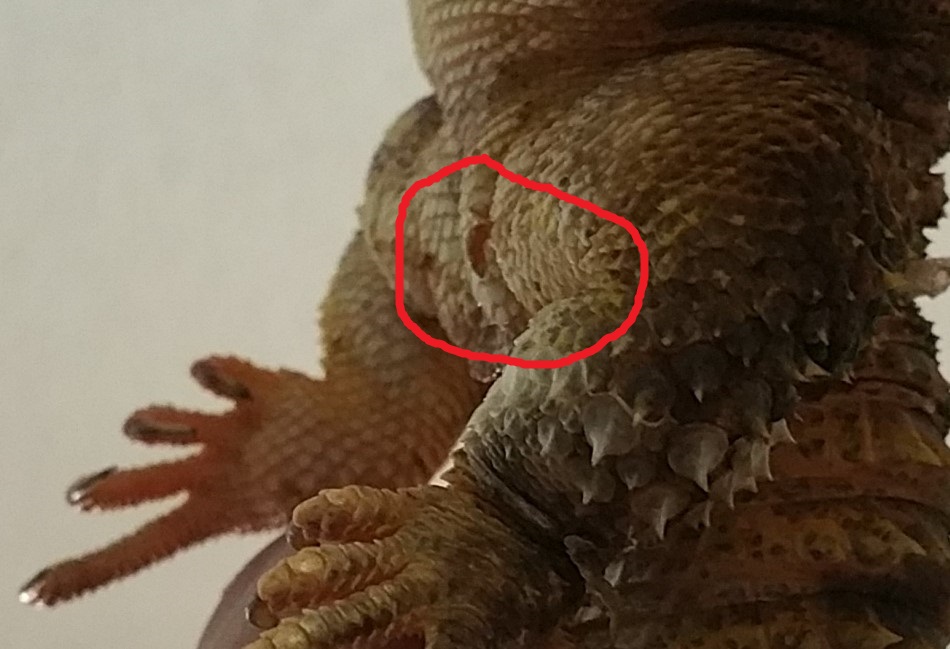 Is this normal? I don't recall having ever seen this on any other Uros that I've had.

Also, if someone could give me a hint as to [her] sex, if possible, it would be appreciated. I've always assumed she's female because of her behavior, but she also has male features like yellow hands.

Two days later, and it's still there. It looks like it's actually gotten a little longer. I tried poking at it again, and it still seems like it's well attached. It still doesn't appear to bother her though.

From the photos you have provided it looks like a waxy secretion from one of the femoral pores, this is normal.

These secretions are used to attract mates and mark territory, both sexes of some uromastyx species will have pores where as others only the males will. They can cause discomfort if they become too large, giving a warm bath can loosen these secretions if they do not come off on their own.

This can be done similar to bearded dragons or geckos, you will see hemipenal bulges when lifting the tail. I have never tried shining a light through a uromastyx's tail to see however you can give it a shot (like this bearded dragon). 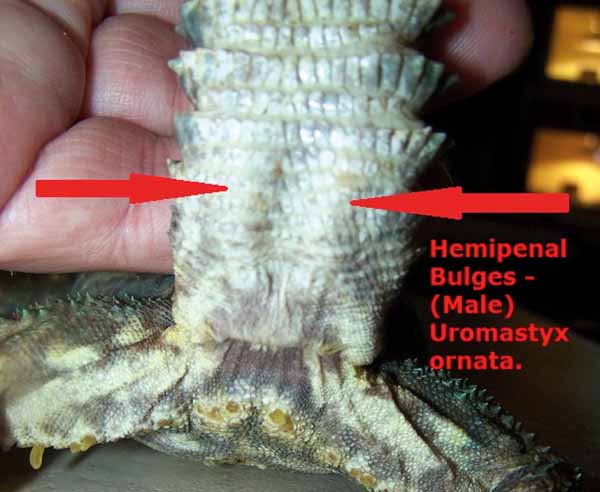 Note In the photo above you can also see the waxy secretions coming out of the pores.

Determining sex is tricky at first. Both sexes possess femoral pores, and when reared in captivity, coloration is no longer a reliable indicator of sex.

Looking for hemipenal bulges under the tail is the safest sexing method. Gently arch the tail over the lizard’s back. Study the underside of the tail just behind the vent opening. With females you’ll see the base of two ligaments, one on each side of the vent, angling down toward the tail tip. Just their base is visible, so it will look like a small upside-down V sitting just above each corner of the vent. With males the hemipenes sit on top of these ligaments, largely masking them. In this case, the pattern looks more like two parallel lines sitting just above the vent pointing toward the tail tip.

Not the answer you're looking for? Browse other questions tagged health reptiles or ask your own question.

12
Would putting a thin layer of plexiglass over a UV-B fixture in a reptile enclosure filter out a significant amount of light?
4
Why is my Turkey's jaws out of alignment?
2
How can I help my Uromastyx who won't adjust to safer conditions and handling?
3
Possible reasons goldfish hanging out near surface
6
Can Uromastyx eat peanuts?
1
Will tortoises get along with gerbils if out of their cages at the same time?