How to sex a Bristlenose Catfish

I have a young Bristlenose Catfish but I'm finding it really difficult to tell which gender it is. The shop told me that it's tough to sex a very young Bristlenose catfish and this one is certainly very small.

Is there any way that I can easily tell the sexes of young Bristlenose catfish? 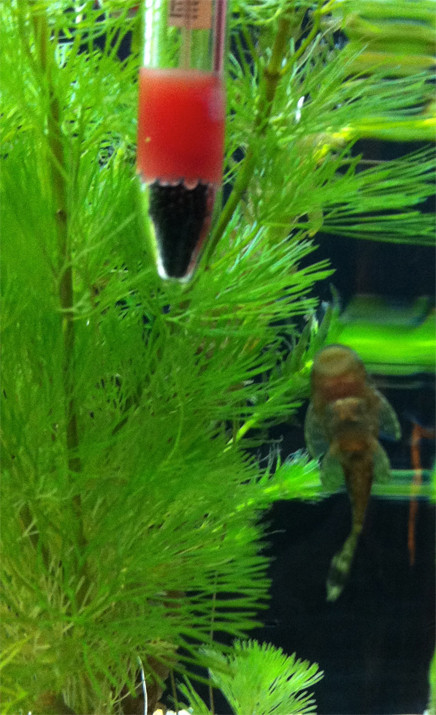 It's pretty tough to sex a very young Bristlenose catfish

They were right in the shop, the ability to determine the gender of these catfish gets easier with age. During their earlier months, both males and females look almost identical. Whilst the female could be very slightly bigger than the male, it's pretty dependant on the individual fish so not that much certainty can be had.

When are they old enough to sex?

Again, this kind of depends on the specific fish, diet, environment and a number of other factors but when they're around 4 - 6 months old you should start to see some subtle differences between the two sexes.

What are the differences I'm looking for?

Males will grow spikes on the top of their head and around the front of the head. Here's my male bristlenose (~ 1.5 years old): 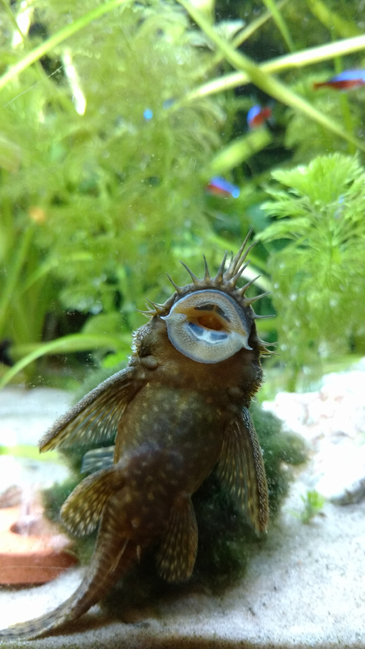 The spikes on this one are still growing but when you compare it to the female below, you'll see how the female (~ 2.5 years old) looks completely smooth around the mouth: 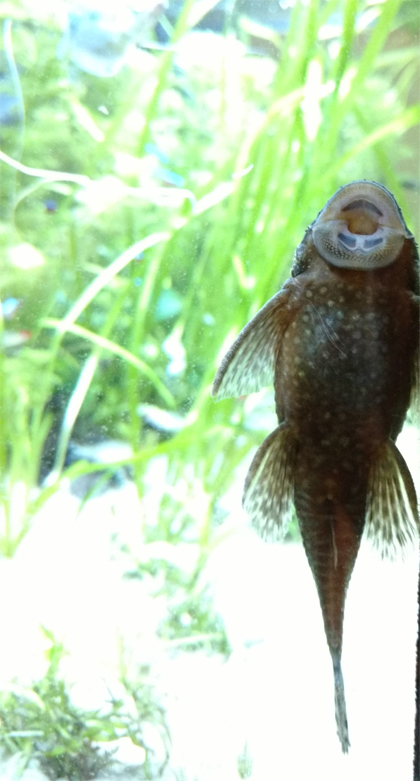 You'll hear people talk about females having spikes too. They do but they are much smaller around the sides of their face:

They use these to show dominance and make displays and both the males and females have these. The difference is that the male has spikes all over their heads too.

Finally, females are said to have rounder, fatter bodies but I've personally found this an inconsistent measure and is very subjective depending on the size of fish itself.

Not the answer you're looking for? Browse other questions tagged aquarium fish gender-differentiation or ask your own question.

9
Which South American fish will keep pygmy chain sword plants clean?
9
What are the signs suggesting the gender of a cockatiel?
4
Did my catfish kill my betta
2
Betta with other fish… a fight? or other cause?
4
How can I reduce feeding my fish to keep my snail population under control?
6
How to efficiently catch my own fish?
2
Why are my fish always scared?