How to free a catfish from a strangling rubber band?

I noticed that one of my catfish has a 1.5 cm strangling rubber or other material band around his head, which must have started cutting into the flesh from this morning until this evening: 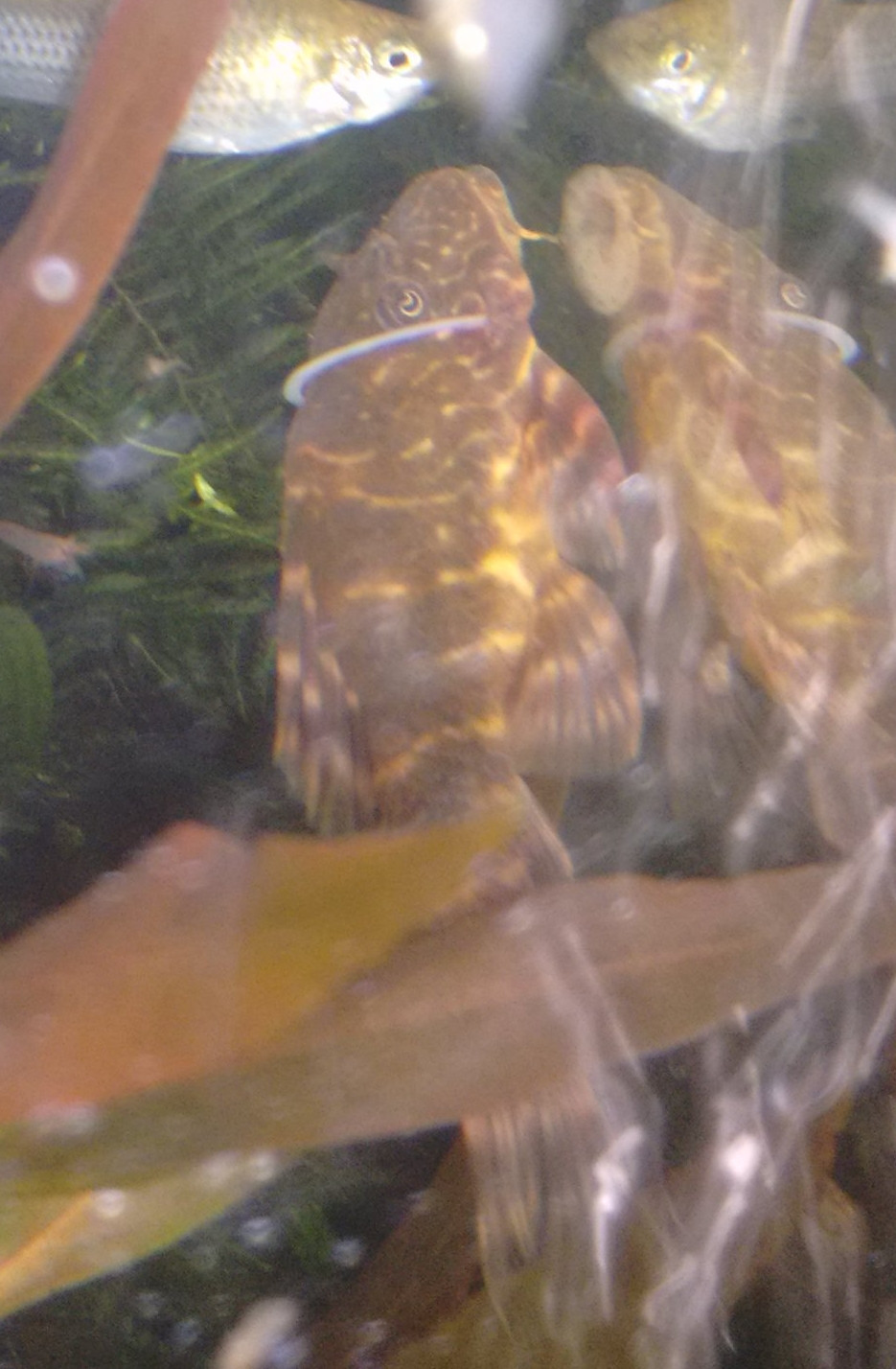 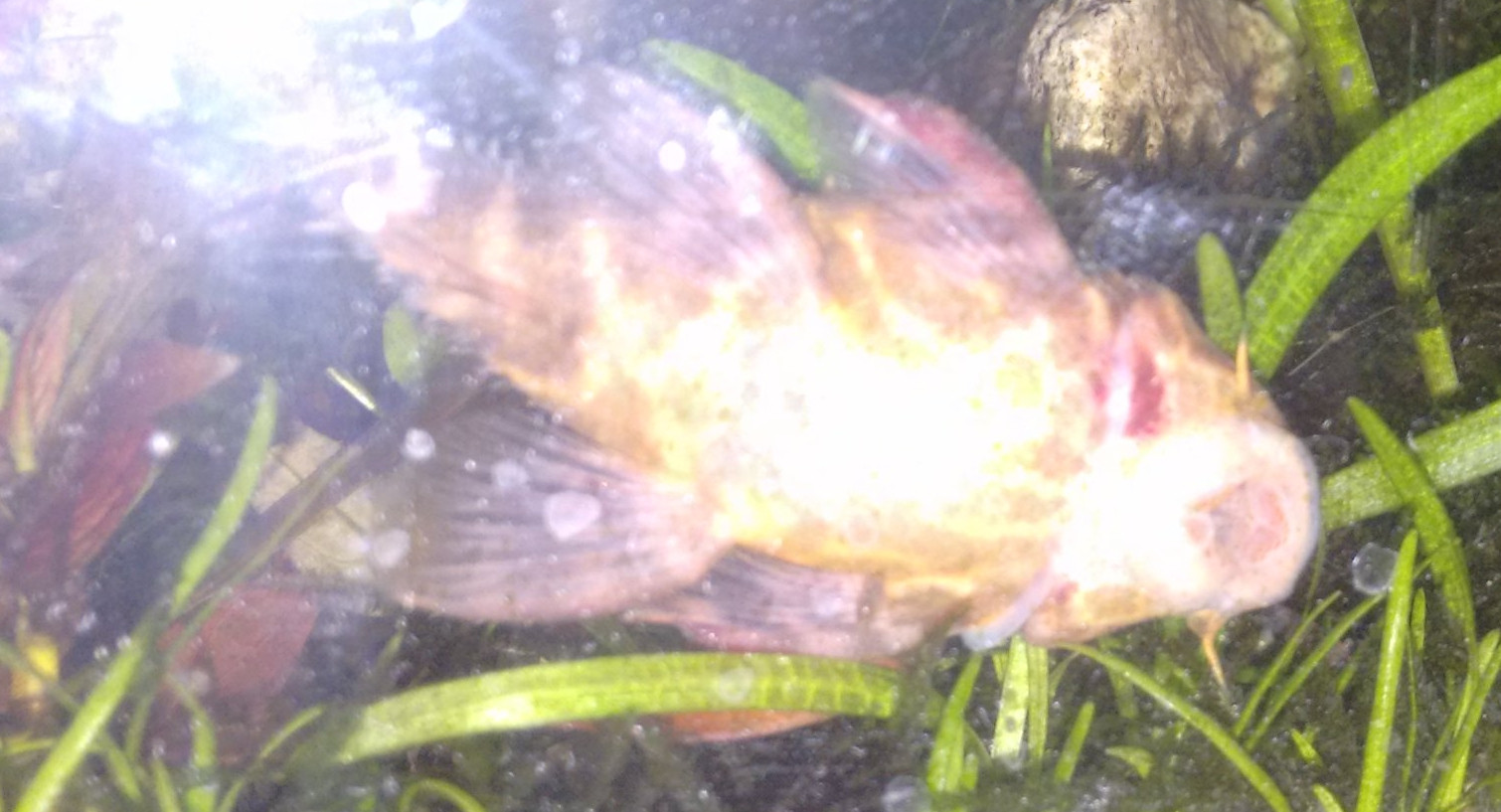 I have no idea how this could have entered into the aquarium and what material it is. It could be metal, but I think it's unlikely.

What is the best procedure to remove the band? How to accelerate the healing?

Looks almost like a plastic washer. I don't know whether there is a "correct answer" for this but I would try. He will surely die eventually, probably with suffering, if you don't try to do anything.

I have been thinking about what could you use to snip it that if blunt tipped, that's sharp enough to clip it but blunt enough to reduce damage to his gills, fin, scales, etc. I have only come up with one thing (maybe others will comment with ideas). If you go to a bead shop, Walmart, or craft supply store they sell tools for making jewelry. There is one shape in particular that is round tipped instead of sharp like scissors, I think for cutting jewelry wire and metals.

You may need someone to help you with the next part: I would take a colander (like you use in the kitchen) and scoop him up into it so half of his body is under water, and the other half is exposed so you can reach the plastic/rubber ring. Use the tool and snip. If you can have someone else hold the strainer then you can use two hands, one to keep him still and one to do a quick snip. I'd recommend cleaning your hands and rinsing thoroughly before doing this.

If he has a laceration or boo boo underneath, release him back into the tank and give him time to de-stress. After an hour or two you will want to scoop him back into the strainer with two things handy: Q-tips and a bottle of hydrogen peroxide. Peroxide is totally safe for disinfecting fish wounds IF used correctly. You will want to have a few Q-tips soaked in tank water and a few that have already been soaked in peroxide. Do not hold the strainer over the tank THIS TIME (no peroxide drops must end up in the tank). Quickly swab any lacerations with the peroxide-soaked Q-tips and then one gentle swipe of the ones soaked with water, and then gently release him back into the tank. All movements should be gentle yet swift, so he's not out of water but for a few seconds.

I have personally used the peroxide method on pleco, catfish and an oranda goldfish when I used to have a pond.

I will shortly edit my answer to include a picture of the blunt snippers. You should be able to get the tool for under $5US. I recently saw a pair in the artificial plant department as well as the bead department in Walmart, I guess used for snipping the wires in fake plants, $3.94 there....

Some may think this is not good advice, but if you do not try to snip the ring it will kill him, and if you try to slip it off his head you could pop an eye out or rip scales off.

Sorry this little guy got into a pickle. I'm assuming the ring may have come from filtration or if you added fish into the tank it may have been a band from the bags that accidentally popped off when floating fish! 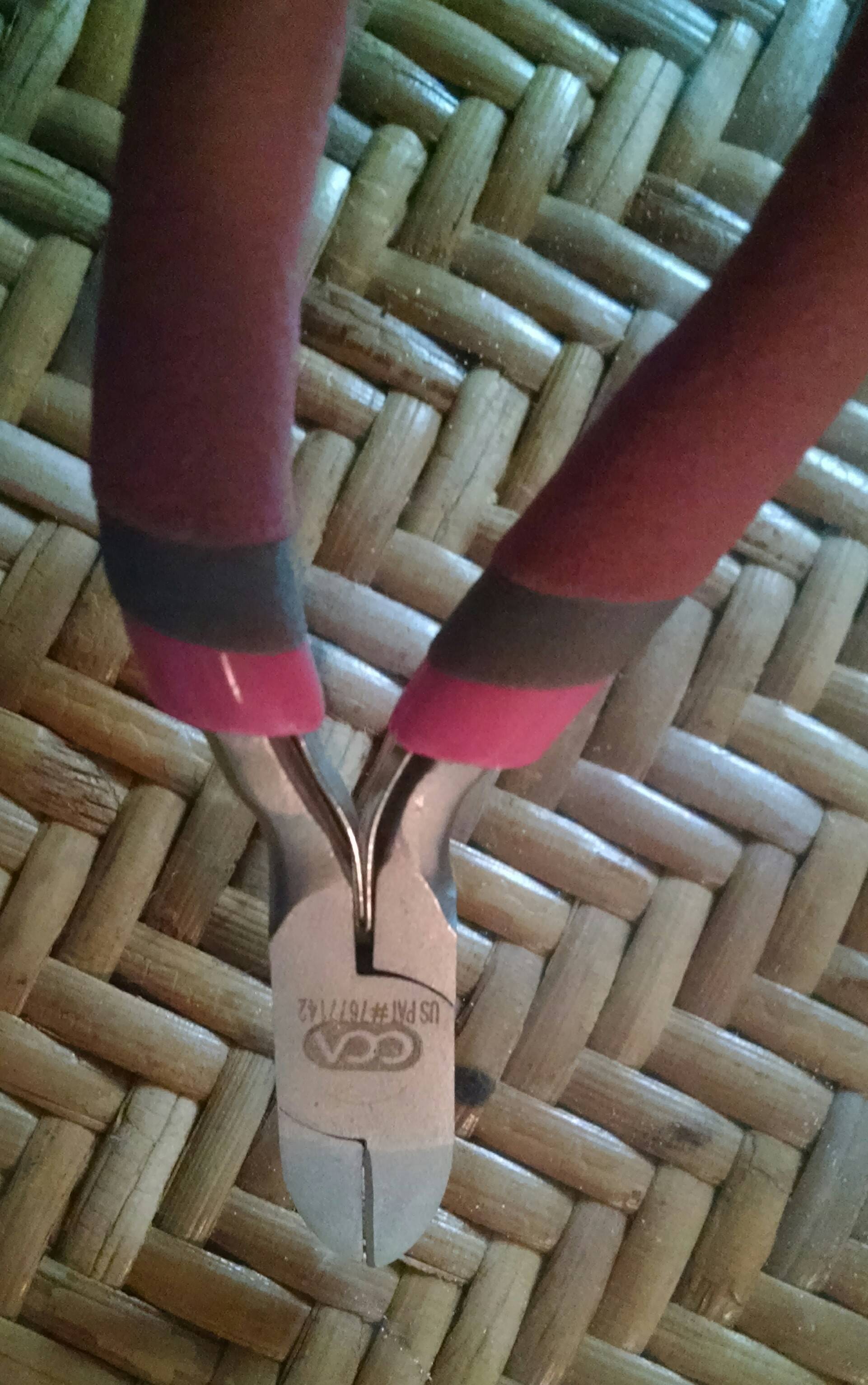 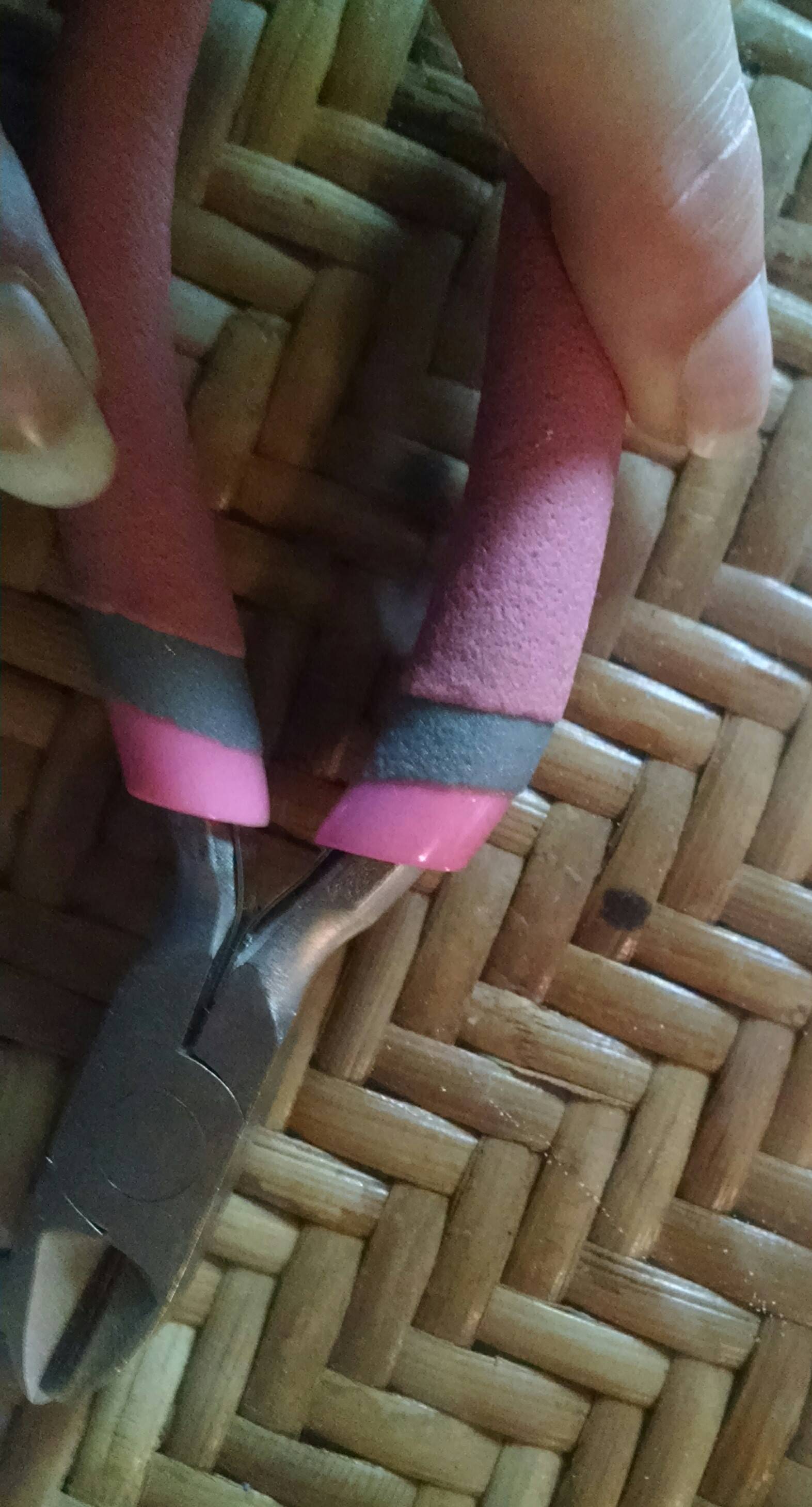 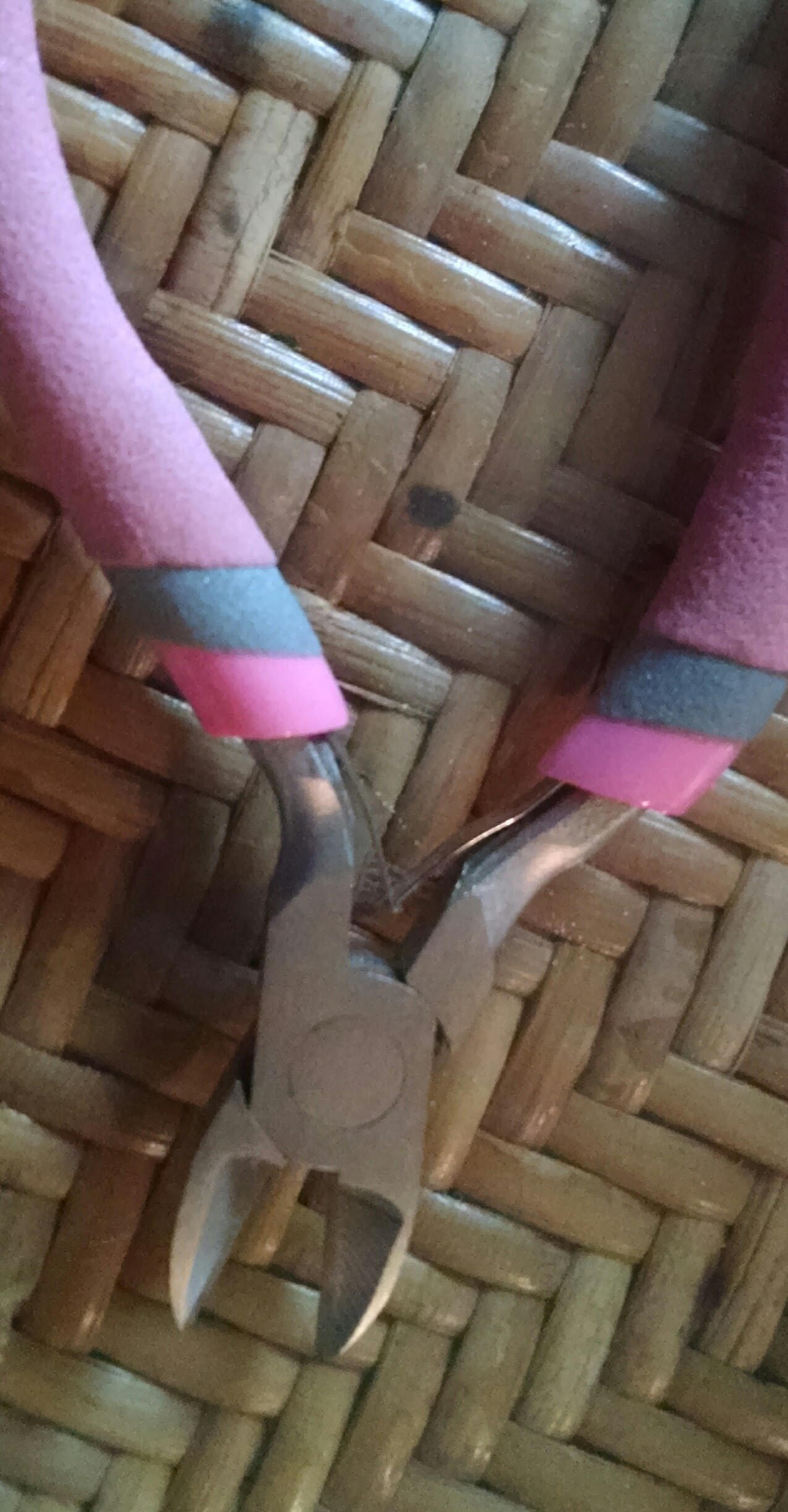 Not the answer you're looking for? Browse other questions tagged health fish safety animal-handling or ask your own question.

12
How long should I wait after moving aquarium before adding new fish?
8
How can I stop my turtle from eating my pet goldfish?
9
What are safe materials for repairing a scratching post?
28
How can I free a snake from duct tape?
1
Removing Chemicals from plastic aquarium
2
Fungus blocking fish from eliminating
3
Do aquarium turtles require basking every day?
6
Can I produce fish food from overcrowding shrimp?
1
Cat ate rubber band. Is this dangerous?