Will my fish's tailfin grow back?

I rescued a male guppy from an acquaintance's overcrowded tank. He had a 10 gallon tank with:

This poor guppy was being chased and chewed on by the silver dollars, and betta, and was much skinnier than the rest. His tailfin has been mangled. I put him in his own micro tank (2.5g) for now because it's the only extra I had available.

I'm hoping he'll be able to eat better, as the fish were literally rubbing up against each other and fighting for surface space at feeding time. After three days he's finally come out from hiding behind the plant and will come out and about and to the top when I feed him!

I'm hoping eventually I can move him to my larger community tank where he can be with other males and females but I don't know if his fin will ever heal properly and if he'd even have a good chance if it doesn't heal.

Right now he doesn't swim that well. He holds his body at a strange angle like he doesn't have enough fin tissue or strength to hold up the back half of his body and drifts to the bottom and fights to make it back up. My questions are:

By the way, with a little nudging he got a second larger tank and separated the fish.

Here are the pcitures, sorry for the poor quality. 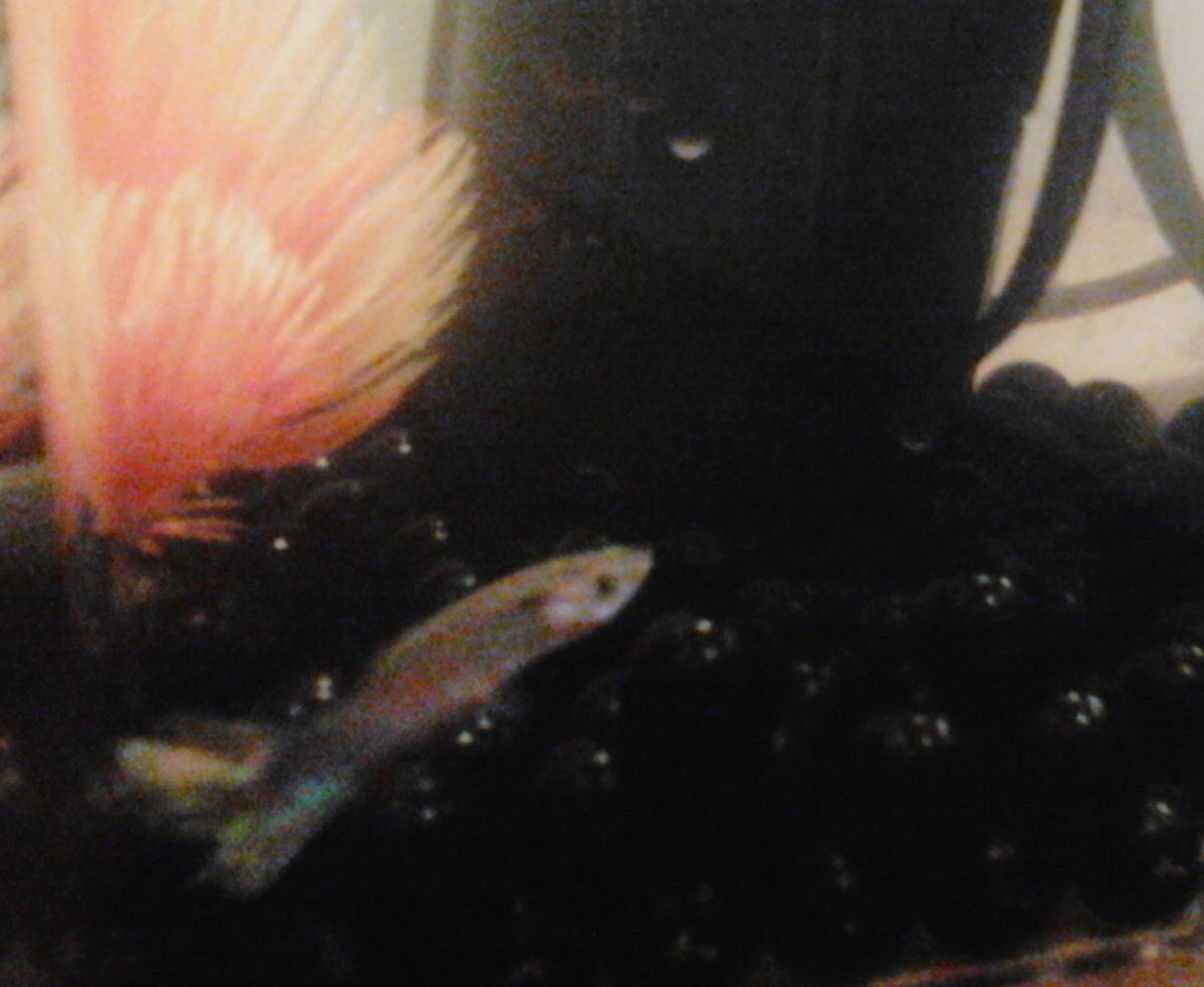 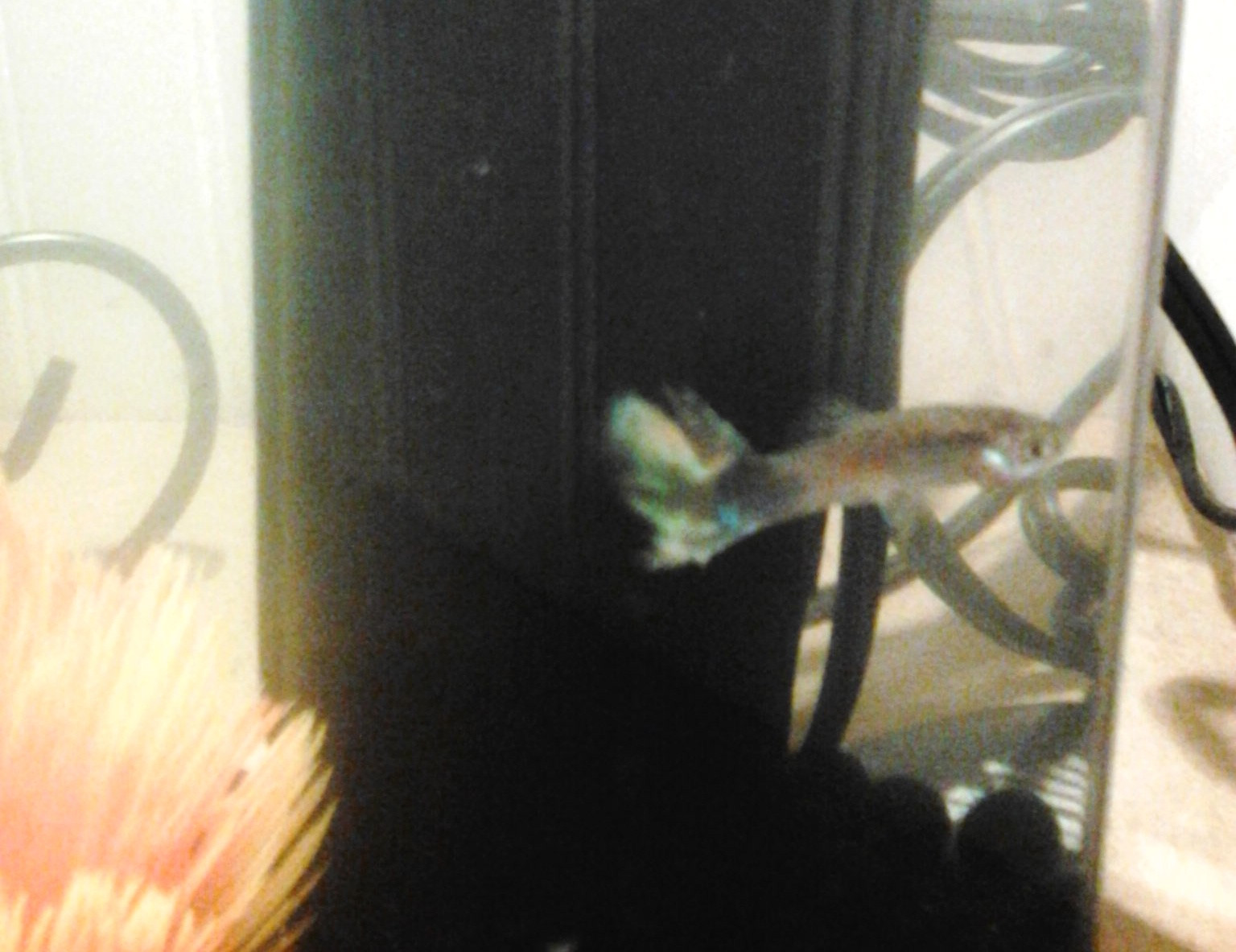 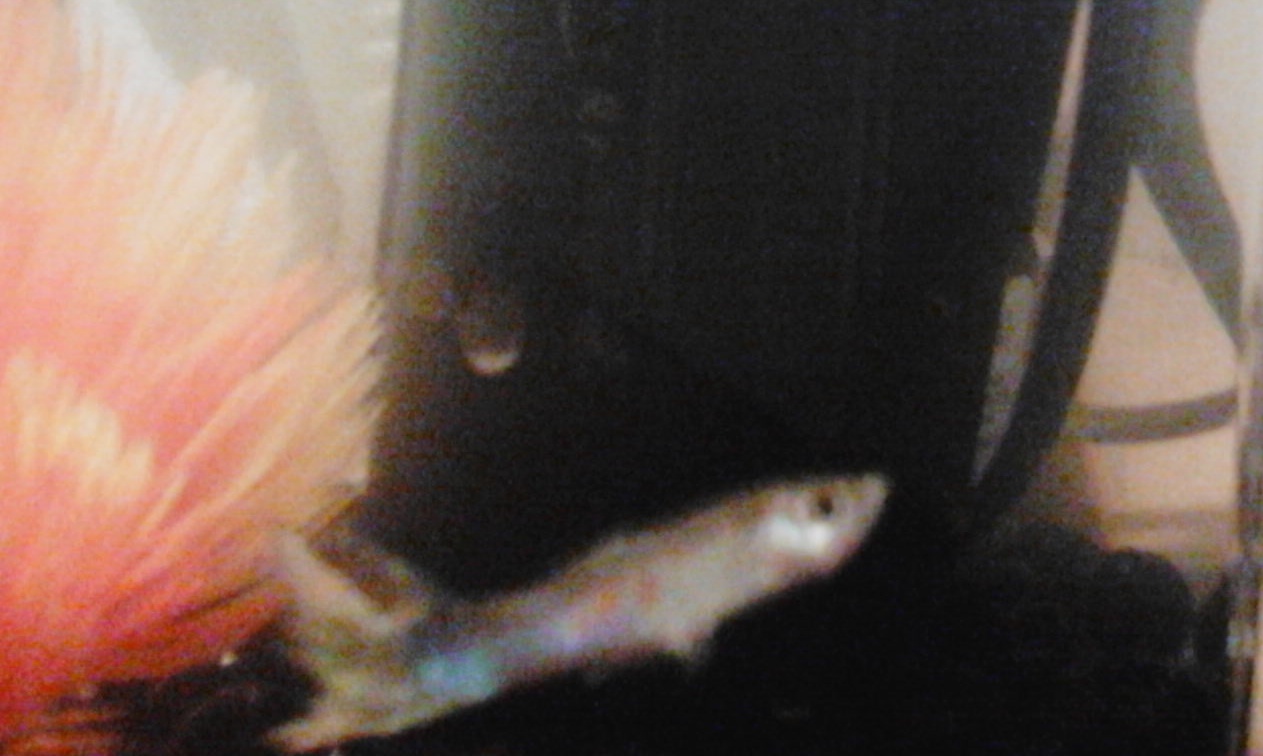 Fish generally have good regeneartion capabilities, but the regeneration success for your guppy it's hard to predict because they depend on the kind (piranha can regenerate small parts of their fins very quickly[1]). If he doesn't suffer, I'd keep up your plan. You could give him some living food, like Daphnia, which might support the healing process because of it's nutrition value.

You can leave the Daphnia in the fish tank because the worst thing that can happen is that they start overpopulating, but it's unlikely because they're very tasty and interesting to catch (don't put too much inside because there's the danger of overeating). If you have another tank you can grow them yourself, there's a lot of information about that online.

[1] This is mentioned in the German Wikipedia article on piranhas, but not the English one - I'll add that as soon as Wikipedia's edit function becomes usable, i.e. as soon as they have a meriocratic swarm intelligence like SE.

Not the answer you're looking for? Browse other questions tagged health aquarium fish first-aid guppies or ask your own question.

2
Fungus blocking fish from eliminating
7
Does medicating an entire tank harm healthy fish?
4
Fish's fin got torn in garbage disposal
3
Why did my betta’s fins grow back curly?
3
Guppy died then disappeared?
1
Betta fish has white growth on his back. What is it and how can I treat it?