Did I remove the tick the right way?

My dog is a 2.5 year old Golden Shepherd mix. I found a tick that looks like this: 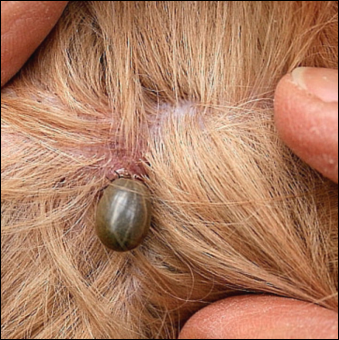 The difference is that it's darker. It was below the neck on her back.

This is the first time ever. And I heard horror stories of how it can spawn into thousands and even end up blocking the ear (blame Google image search).

I tried to pull it with a wipe, to no avail, until it popped. I feared the head or whatever is still stuck under the skin so I went to the clinic.

They told me to not worry, but I didn't feel it was sincere.

She always gets a an insecticide applied on her back once per two months. So they gave her that a month early, cleaned around the mess I made by popping the tick, and that's it.

Anything else I should know about? Is there a risk of eggs being somewhere ready to hatch and cause a secondary tick infestation?

dogs parasites ticks
Share
Improve this question
edited May 12 '20 at 17:46

I have a pure breed German Shepard who is very active and loves being outside, and ticks are an inevitable consequence that comes with it. To start with the tick you saw is probably a female dog tick and her color was most likely darker because she was filled with blood. Pulling these kind of ticks is the best thing to do. However, as you might have already realized, DO NOT simply pull them from the swollen white/grey part because that will just burst. Hold/pinch them from the base of their head (the place from where it's stuck on the dog) and instead of pulling it out at right-angles slowly scrape it up at a slightly lower angle. This will make it easier for you and hurt the dog less. Once it's out immediately kill it by either crushing it or putting it in boiling water. Trust me if you leave it, it will be back.
Next if you found a female there's probably going to be a male nearby which looks like this 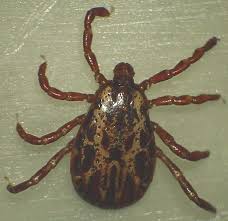 so look for that. These types of ticks love a dirty unwashed dog more than anything. We wash our dog almost every other day and wash her feet after every time she goes on a walk. So wash your dog at least 3 times a week in the tick season. Use a soap which is a tick prevention / treatment shampoo instead of the regular dog soap. You can also try using tick repellent powder (although be warned They have a very strong smell). Something I've found very effective is using apple cider vinegar mix as a tick repellent. Just add two parts apple cider vinegar to one part water in a spray bottle. You can also add a few drops of peppermint oil if you like. Spray this mix all over your dog in the morning and evening (or when your dog goes out). 1-2 sprays on the back and 1 spray on the neck, each of the feet and the end of the tail should do the trick. (just make sure while you're spraying it doesn't enter the eyes or nose of your dog) Finally get one of those really thin "tick removing" combs which look like this. 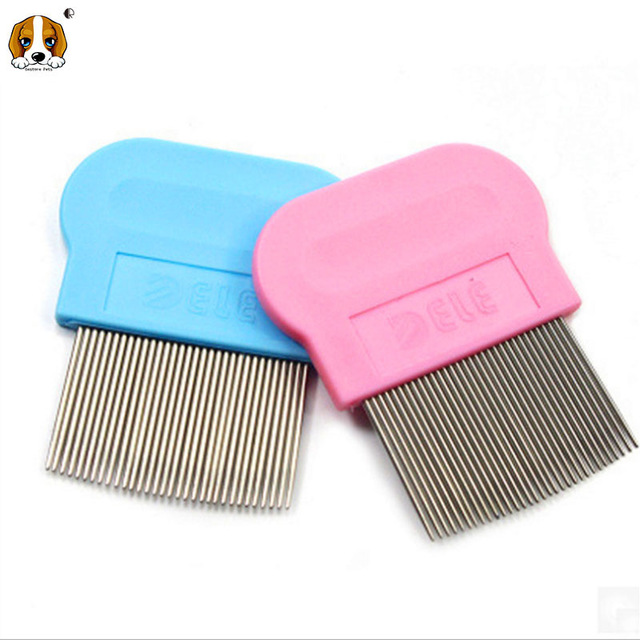 Groom your dog with this Daily at least once. This is one of the most effective ways to remove ticks without using any chemical treatments.

And regarding your question about eggs, although I'm not an expert, I don't believe that's the case for your dog because I get the impression that you don't find ticks that often on your dog. Besides, from what I know, usually these ticks would lay eggs in open wounds and/or extremely unclean dogs, but again I don't thinks that's the case for you. Nevertheless, you should always take precautions and I hope some of the ways I've mentioned above will help you do that.

Not sure if your able to get NexGard where you live. 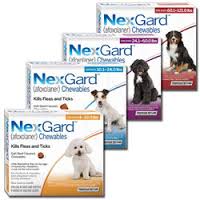 "Afoxolaner enters the blood stream and does not penetrate to the surrounding tissues so fleas and ticks DO need to bite your pet to be affected by the medication. Fleas are typically killed within several hours, while ticks are killed within 1-2 days. It is important to note that Nexgard does not repel ticks."

When my Vet recommended this for my dog. I was thrilled. Basically when the tick starts to "suck the blood", they start to die. When you check your dog for ticks, you will find dried up ticks. That either fall off, when you give your dog a good rub-down, or crumble when you pull it off.

I was a little concerned about the side-effects... Vomiting, dried skin, diarrhea. Although if you do some research on the product. You will find that it only occurred in one percent of all the dogs that were tested.

My dog has had no health issues after using this. I truly recommend it. :)

Not the answer you're looking for? Browse other questions tagged dogs parasites ticks or ask your own question.

8
How effective is flea and tick spot treatment on dogs with hair?
14
How to remove a tick on a dog?
6
What are the effects of ticks on dogs and does it transmit diseases?
11
Which is safer - topical or oral flea & tick control?
6
How can I remove multiple ticks from a dog quickly?
3
What is the active ingredient in oral anti-tick medication?
3
Tick removal, to twist or not twist?
5
How long does it take a tick to infect my pet?
4
I accidentally popped a tick that was on my dog's eyelids