How to stop cats from eating toxic plants?

We have 2 cats, and they are wonderfully smart…except when it comes to eating certain things that they have no business eating. One of these things is plants.

One of our cats once ate a dead leaf that blew in from outside. A few minutes later, he threw it up…then promptly began eating another dead leaf. (I stopped him and swept all the leaves out of the house.)

Our other cat loves to chew on individual bristles of our broom. Thankfully, he doesn’t eat them—but I really wish he wouldn’t! He also likes to chew on fake christmas tree pine needles and tinsel, which we discourage through difficult access and shoo-ing him away when he gets close. (But it is difficult.)

Now, I’ve known for years that this behavior often means the cat is trying to solve a digestive or nutritional issue. Before everyone piles on proclaiming this is the answer, please note the following:

For these reasons, I don’t think that the unwanted behavior is due to the cats’ diet. I think it’s just a peculiarity of these two individuals.

I’m not allergic to cats, but I am interested in improving indoor air quality. A nice, natural solution for this is simply to keep 3 specific houseplants and “grow your own fresh air”.

(That is, these 3 plants were tested as the best for removing allergens and VOCs from the air.)

However, I’m afraid to get these plants, because I think the cats will eat them (or at least chew on them). They are listed as toxic to cats (and dogs).

Is there any way to keep indoor houseplants, and be certain that they are inaccessible to cats?

Yes, but it depends on the specifics of your home and how agile your cats are. F.e. you can have pots hanging from the ceiling at a height that you can reach but surrounded by enough empty air (so not close to a shelf f.e.) that the cats physically can't jump on it. Another option would be a cage of sort with the mesh small enough that paws can't get through and the plant safe inside. However! Keeping poisonous plants that way is still very dangerous as a bit of fallen greenery or wind (or, in the cage version, just a growth spurt) literally puts the cats life at risk. This is because of...

Apart from the usual dietary explanations, is there any other reason cats chew upon and eat things that they shouldn’t?

Boredom. This doesn't mean that you are bad cat owners, but the fact remains that outdoor cats have a huge amount of varied plants, sticks and whatnot to choose from when it comes to chewing things. Indoor cats can have a pretty boring life and as soon as something new appears they will inspect it - be that a leaf, insects or other things. Most indoor cats therefore are unfortunately not able to properly discern what is and isn't good for them. (same with chive in human food f.e.) So I would strongly advise against purposefully buying plants that are poisonous to cats.

Additionally, you could try offering grass specifically for cats (wheat is very easy to grow and cheap) to provide something they are allowed to chew on, but that won't 100% prevent them from chewing on other things, either.

It falls to us owners to keep our cats safe. If I were you I would look into plants that are non-poisonous to all the members of my family that still act as natural air fresheners for you. :)

I think psycoatde did a pretty good job answering, but I'd like to add a few things. One is that if a plant is truly toxic to your cats, don't bring it in the house. The small amount of air exchange that plant will give you won't be worth harming your cat, just buy an air purifier.

Second, you need to do some research and find out which plants are actually toxic and which aren't. For instance, I've heard for years that you shouldn't have poinsettia in the house if you have pets, because if they eat them they'll die. Recently, they've said that they are only irritating to the pet, causing some vomiting or diarrhea at the worst, and they have to eat a lot to have that happen. Here is a link to an article on it: Pet Poison Helpline. So you plants might not be as toxic as you think.

Psycoatde was right in that your cats are just board. Animals need stimulus, people included. You've got a tv, computer, phone, books, etc... You go out, you see people, you eat at different restaurants, etc... Your pets don't get that. People often don't think about it or take it seriously enough because they had a bunch of stimulus through the day at work or at school. They're ready to wind down and have reduced stimulus. However, your pet has been at home where he's been for so long that he knows every nook, cranny, and smell intimately. You coming home or a mail man coming to the door is a small amount of stimulus in a boring day. I'm not saying anything about you specifically, but I think people in general would have a better idea of what their pet goes through on an everyday basis if they spent one day in their bedroom with no stimulus. No tv, phone, book, anything. Stay in there for 24hrs. Only come out to eat, drink, or use the bathroom twice. You have to hold it or go in your pants otherwise. See if it seems as inconvenient to take your pet out or do something then.

That's not a rant at your or anyone, its just something I don't think people consider enough. So basically, your cats need more stimulus. If they like the tassels on the broom, get them a tassel cat toy. If he wants to chew on the plants, get him some cat nip or even cat grass. Another good idea would be to create a cat pen outside. 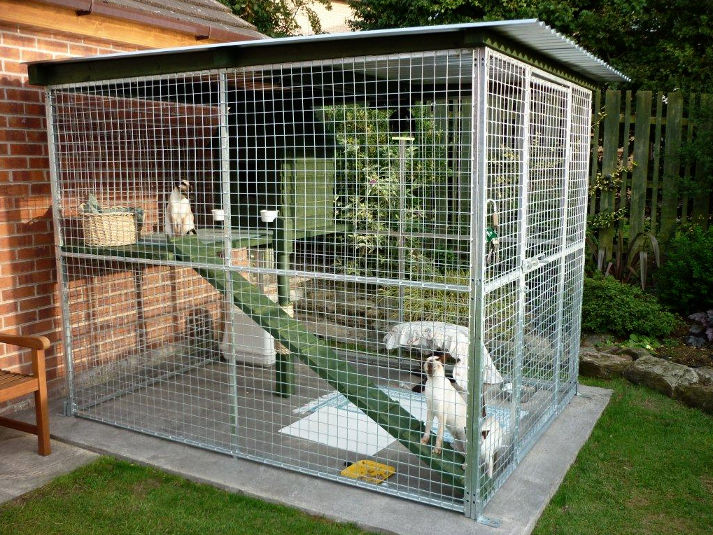 Or put them on a leash and walk them. 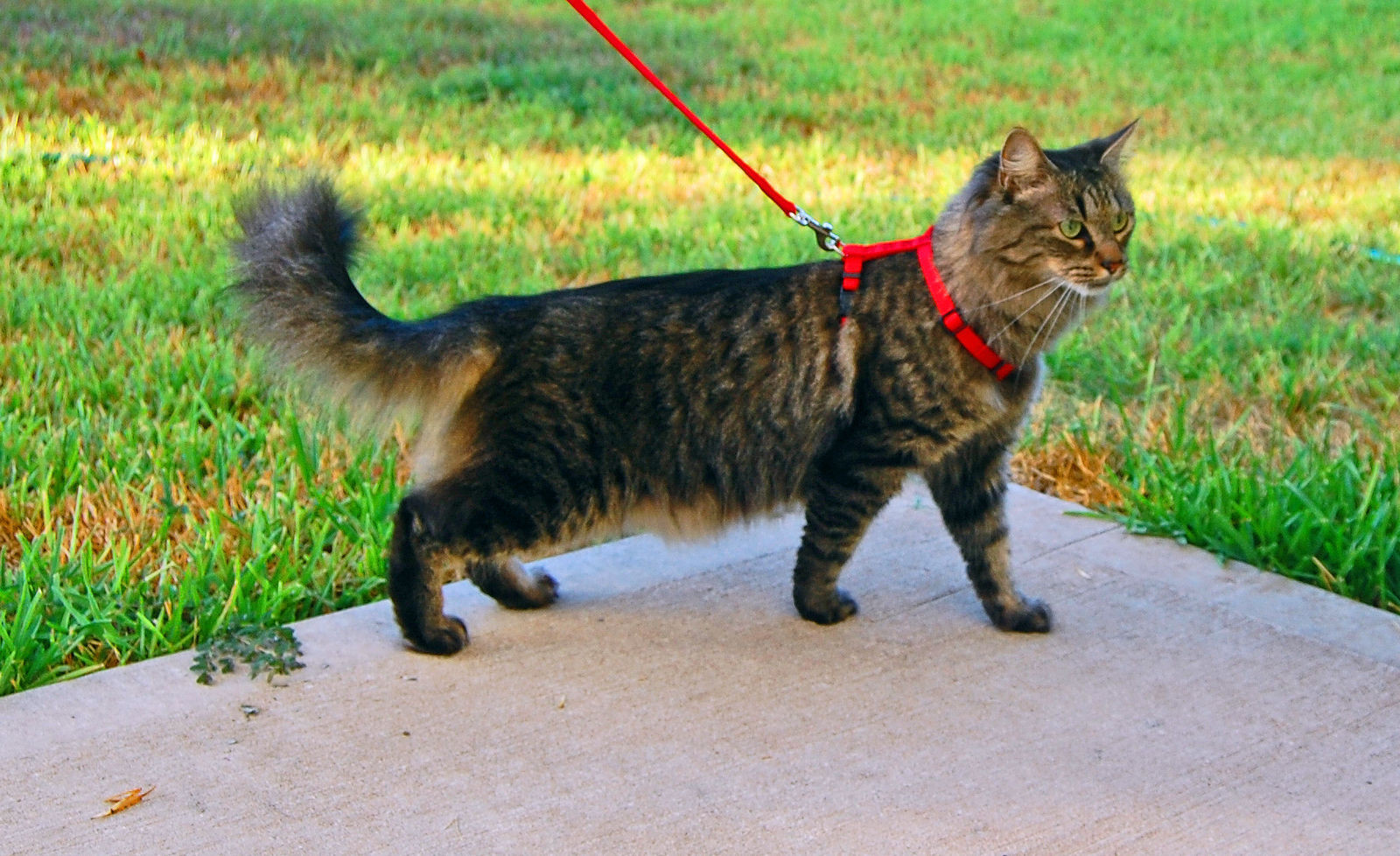 These will all allow your cat to get that extra stimulus they need. You can also play with them more, with toys you make twitch and jump till they're worn out.

Lastly, I've read that unlike dogs, cats don't associate a correction with the act, but with the person. This means that when they chew on something and you scold them, they don't realize the scolding is for chewing the plant. They just know that you've lost your mind. In cases like that, the best method I've seen to combat it is something like this: Air Blaster. It's a motion activated air can. So when the cat gets somewhere he shouldn't, he trips the motion sensor and it hits him with a puff of air. Then the area becomes anathema to him and it does it whether you catch him in the act or not.

Not the answer you're looking for? Browse other questions tagged cats safety plants or ask your own question.

18
What is the best way to keep a cat in a multi-cat home from eating all the food?
3
What plants should I not have around cats?
2
Cats are still skittish; have obsessive eating disorder
0
What determines a cat's hunting preferences?
4
Plants for cat dental health?
5
How to get cats to stop eating sound proofing material
4
Why is my cat eating so much plant leaves and young stems from the garden?
3
Save my family from my cats?
2
Preventing hens from eating plants
2
How do I stop my cat from digging at and sleeping in our flower box?