Why do some dogs dislike fluorescent clothing?

My dog really doesn't like people or animals wearing fluorescent clothing. I thought it was just my dog, but recently, whilst stuck on a motorway at night in the rain, following a crash, a policeman in full day glow overalls stuck his head next to the car and... well, the policeman remarked that it was common for dogs to dislike fluorescent clothing.

I know dogs have different colour vision than humans, as represented in the below image:

Initially I was thinking that the fluorescence might appear particularly bright for them, (looking at the bright yellow 'band') and this was what dogs disliked.

But then I saw this image (below) to do with reflectance of fluorescent ink (fluorescence is occurring either end of the human visible spectrum) and it made me think, is it actually possible that rather than making things seem brighter, fluorescent clothing makes things almost disappear to a dog? In such a scenario the dog is scared because they just see bits of objects moving not a complete picture. 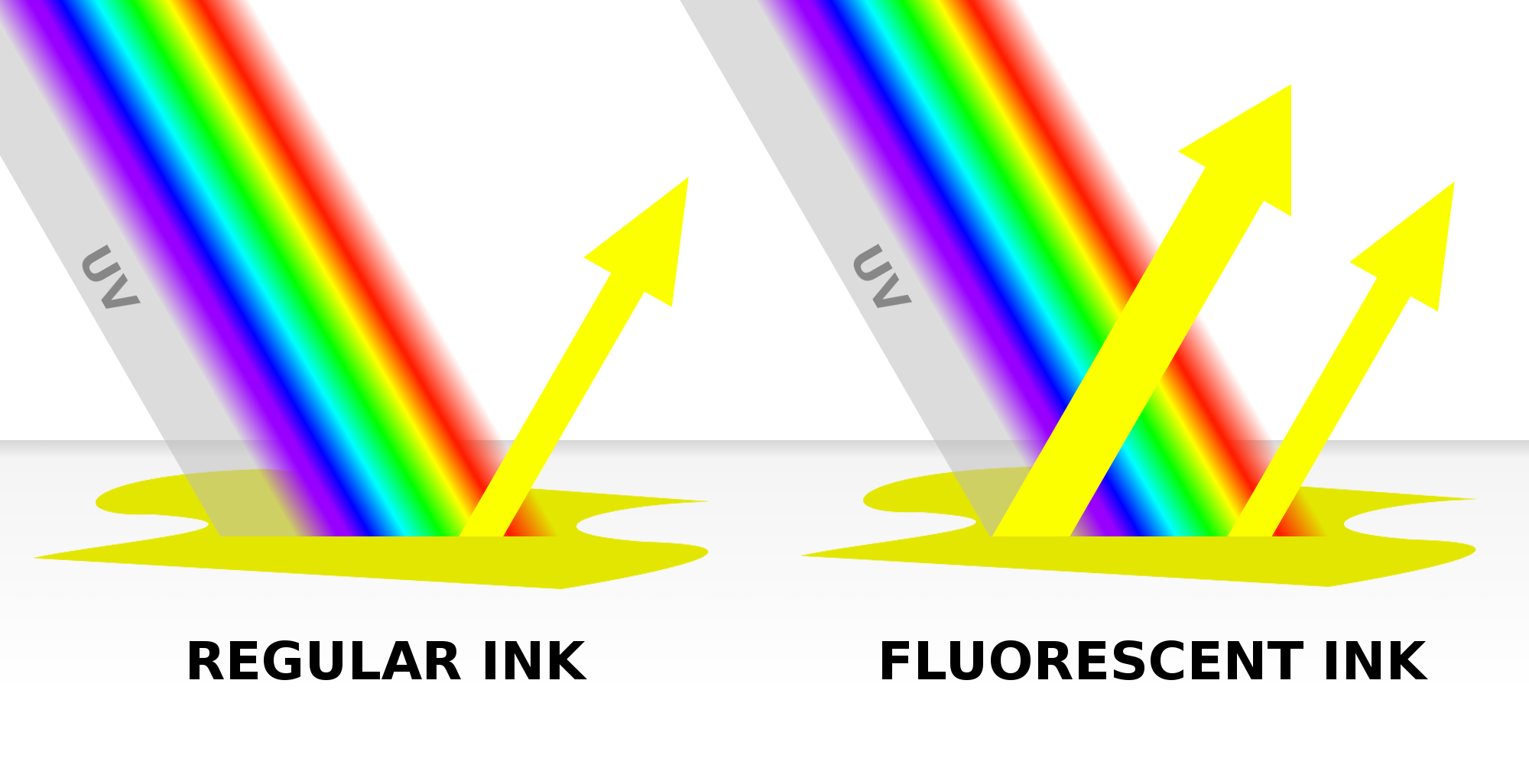 Not a full answer, but an assumption:

Most "fluorescent" comes along with UV light. Human lenses filter the UV light before it come into the eye. "They do not see it"

This research article [1] lists dogs in table 1 with "61,3% UVA transmitting" lenses. (For comparison mouse is first with 81,4% and capuchin, prairie dog and grey squirrel are last with 0%)

So one can assume that the mentioned colors may collect and concentrate the intensity of light, so it may be to bright for the dog. Like a human who is illuminated in the dark with a flashlight.

One point for this hypothesis may be the fact, that some dogs for rescue or dog sledge in the snow wear goggles to protect them from UV light, because it could issue eye cataract. For examples you can visit this site with pictures and some explanation about the reasons in German language.

Not the answer you're looking for? Browse other questions tagged dogs vision or ask your own question.