In the morning I was reading the turf box, and it said "place after the mechanical-biological filtration, or hang directly in the aquarium netbag.", so I'm worried whether I might have misused it.

I also didn't get the bacteria media.

Should I replace all these filtration layers monthly, or just the pad? I am facing higher costs due to exchange rates when importing these supplies.

(The filter has a large net so that I can't put some of my media without a pad over it, otherwise they bypass the net, and go inside the aquarium.)

Also the filter is rather full, what should I do if I want to add bacteria media?

Previously I used to put flat stuff below, also the polyfiber, then the anti-phosphate and another things above it, and then all other things as it is.

Due to your answer, I reordered my filter today: 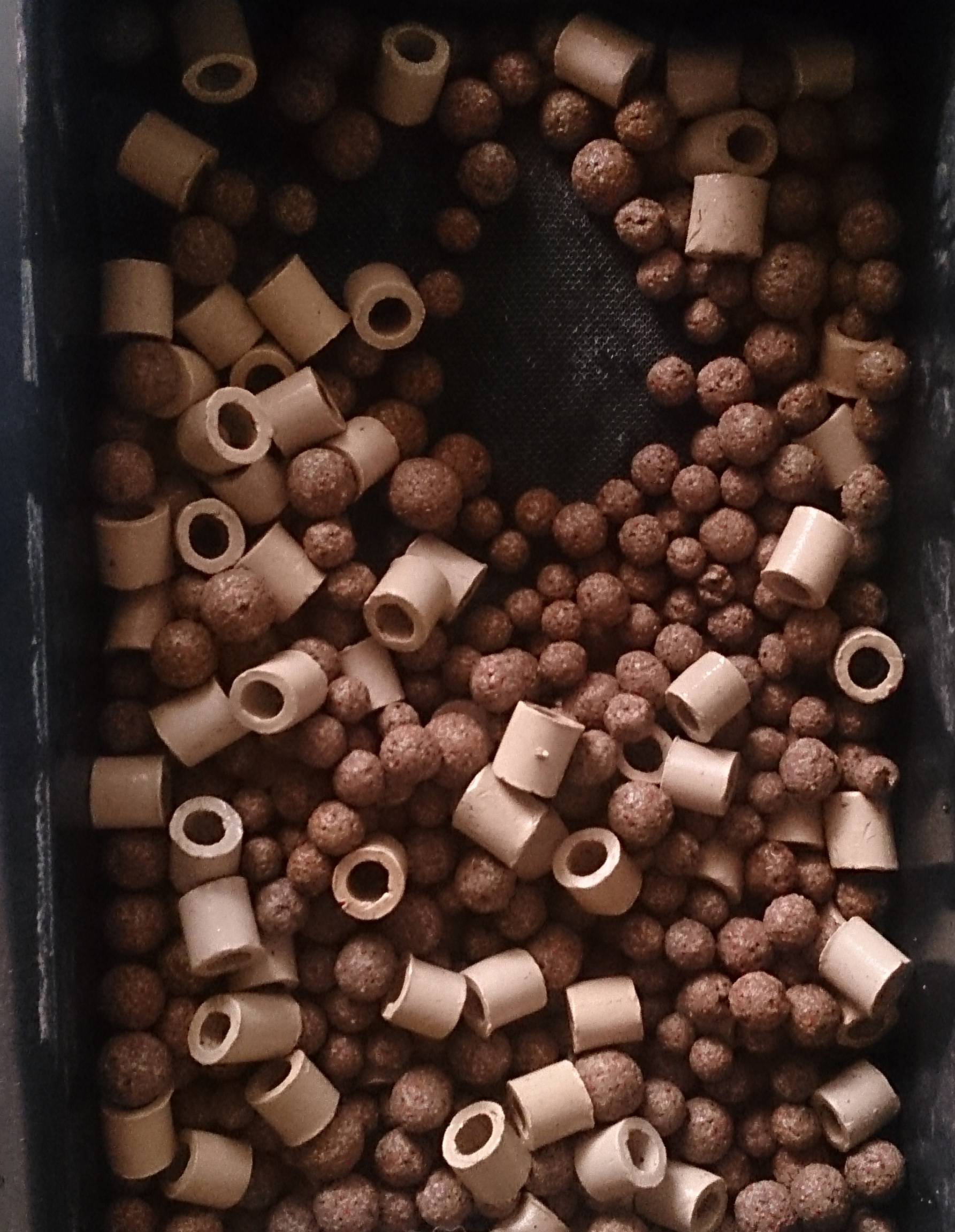 The bag contains pH-KH turfs, and other things beside it as you see, you know them better, I don't know well.

Then the polyfiber, as there were old and for the flat surface above, they didn't fit the whole area, but I think it's OK for now... And then put them together:

I assume you refer to fresh water. Nobody bothers with pH, KH and phosphate in fresh water. What matters (as far as the filter is concerned) is

Go and buy BIO MEDIA - it's the most important element. In most setups the dirt will always settle down, even if your filter is clogged, or small. But the bio filtration determines the real power of your filter to manage a large population of fish.

Regarding your last question, I never changed any elements (so far) - I just wash them (in aquarium water - since tap water could kill the germs) once every 2 months or so - when the water flow seems to be getting low. And even then remember it's not how much water you can pump through. It's how much ammonia and nitrite you can convert to nitrate.

Regarding your overflow after 2 weeks: In this kind of (TOP) filter system an eventual overflow is normal, because it's open, and it lets water move "down only" by gravitation when the filter is relatively clean, and "2 ways" - both up and down, when it's a bit more clogged. HOWEVER, as far as I see it, overflow is still a good working state, because, on one hand gravitation keeps the water going down to the bottom (even though less water/hour), and the rest of the water, taking the "easier path" upwards, also passes some filtration layer (less filtration), and the overall resistance to the power head (pump), is limited in this way. The overflowing water are also oxygenated (good), so there's nothing really bad about it, unless you take it to the extreme. What I mean, is that you don't have to clean your sponges each time you see the overflow, but on the other hand don't wait 3 months to the point that almost no water comes out of the bottom exit... I think the bio-filtration depends more on the volume of bio substance, and less on how much water goes through it: think of it like this - it can do a little bio-cycle over a lot of water, or a lot of bio-cycle on a small amount of water - but as long as you have water going (feeding it with germs) it can do the work and convert the same amount of molecules per hour that's needed. But again don't take it to the extreme with the schedule. And don't clean the filter too thoroughly either, if it's your only filter.

Not the answer you're looking for? Browse other questions tagged aquarium plants filters equipment or ask your own question.

4
What will keep my nitrates low?
3
Why should I replace my filter media?
2
What's the purpose of a gravel blockage of a mat filter?
2
How to use Aquarium Substrate Soil
2
What are reasons for the nitrite (NO₂-) peak during aquarium installation/start phase?
6
Why is a biological denitrification filter considered cheap to build and operate?
2
What is the correct order of elements in Haqos EX1500 External Aquarium Filter