My rabbit pulled her stitches out the day after surgery, now what?

I took my rabbit into the vet, she had a lump on her belly. The vet made an incision about an inch and half (4cm) long and removed the lump (not cancer) it was just under her skin. He stiched her up with disolving stiches. She lives in our bedroom, and is very clean. I had some pain medicine I was rubbing on the wound, and she kept licking it off. I tried to supervise her as much as possible and keep her from licking the incision, but about 20 hours after surgery she had the stitches out and the wound was wide open. I called the vet and he said, not worry about, keep the area clean with soap and water and it will heal on it's own.

Should I do what he said or find another vet?

This vet is recognized in our community as a rabbit and exotics specialist. He is highly regarded and we followed his instructions. In this case following his instructions is the right choice.

2 weeks after the surgery the site is almost entirely healed. I wish I had a picture of it to begin with because looking at it now, it difficult to believe the wound could have been as large as it was. 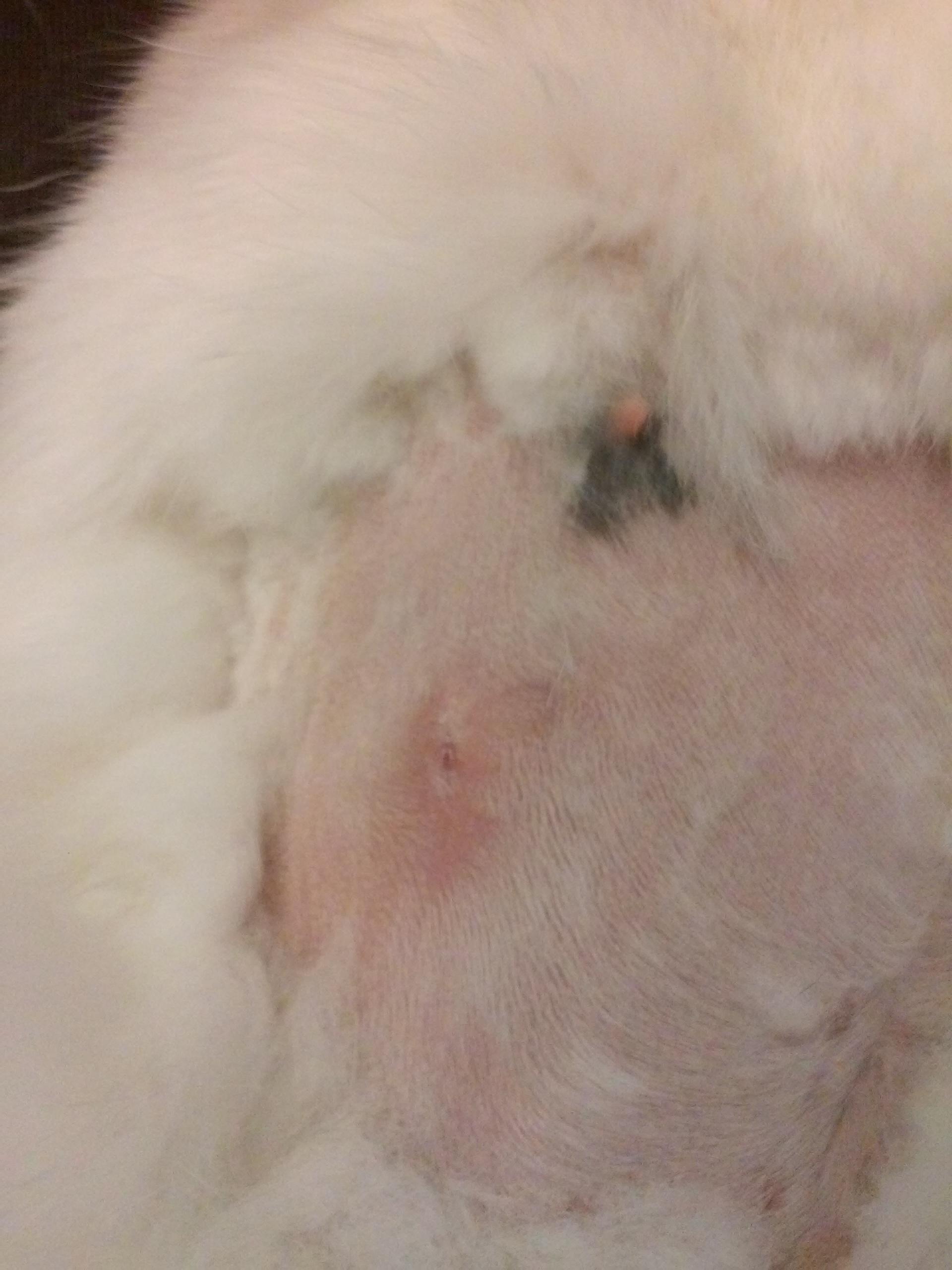 Why all of this was the right choice in this case.

After the stitches were gone, we stopped trying to keep her from licking the area. In the end she kept it very clean, and we never needed to wash it. A scab did not really develop until the end, the incision site just kept shrinking until it became the tiny spot that then scabbed over, in the picture.

If the rabbit had any potential for exposure to flies, or insects. Or if the rabbit tended to have a messy bottom this would not be a good choice, going back to the vet and getting the wound re-closed with staples would be a good idea. Also using a mosquito net to protect her from flies would be good.

Not the answer you're looking for? Browse other questions tagged health rabbits first-aid surgery or ask your own question.

21
Do bunnies eat their droppings?
1
What is Fly Strike?

12
How can I stop my cat from removing her cone?
6
What can I do when the cone of shame is too heavy?
8
Repetitive Paw Licking
2
My cat won't stop licking himself?
3
What to do with a kitten a week after spay?
2
When can I remove my dog's bandage?
2
What is the percent of rats that survive mammary tumor surgery?
0
Dog has a blister on incision