Door Protector for dogs that like to Hang Out the Window

My dog likes to hang out the window as we drive. And, as a matter of clarification: He's in a harness attached to the seat with enough room for one leg to dangle (and scratch things) (It gets adjusted as needed to keep him safe from falling out). This is fine in my car, as I've already dinged it up and I don't care about the paint job (I drive em till the engine drops)...

But in other cars - including Hers - we do care about the paint job and have a desire to get or do "something" to protect the door - inside and out. 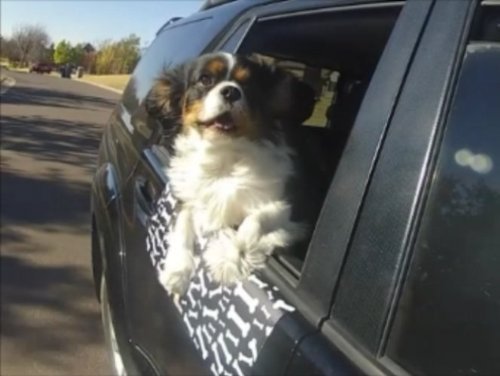 And we like the looks of this as well: 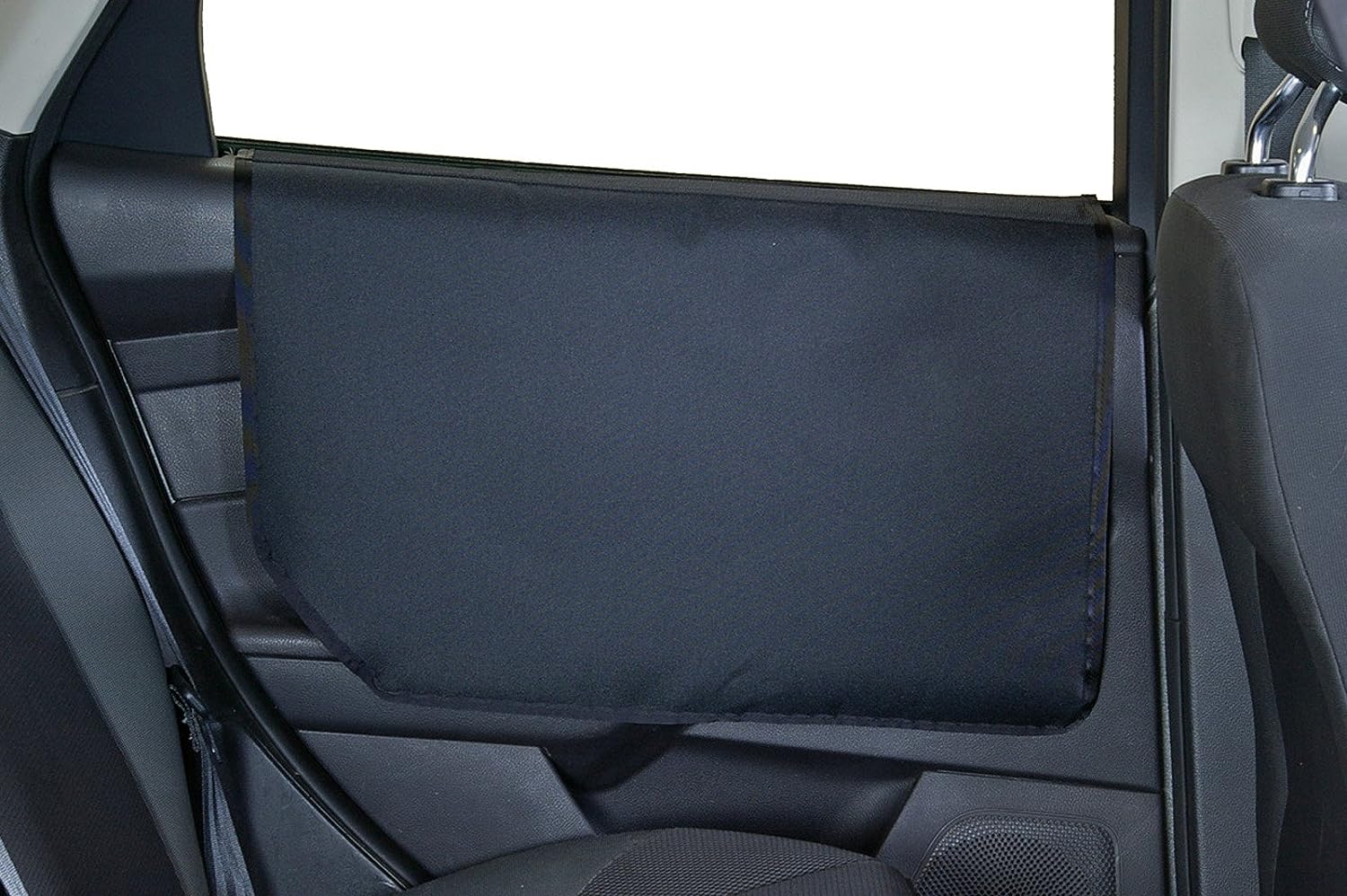 The issue is that we'd like a single item, if possible (since the window DOES need to go up and down). Maybe the second one, with magnets added to keep it attached to the door on the outside?

Does anyone have tips/tricks/suggestions on how to protect the inside AND outside of a door for a dog who loves to "hang out"? There seems to be plenty of options for the inside of a car... but not many for the "Outside" and nothing that does both that I've seen.

Meant to post this earlier, but my fiancé actually came up with the perfect idea: dog socks. 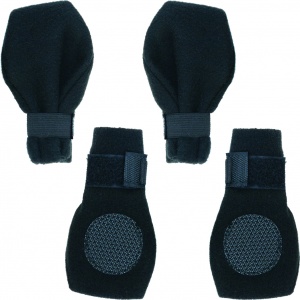 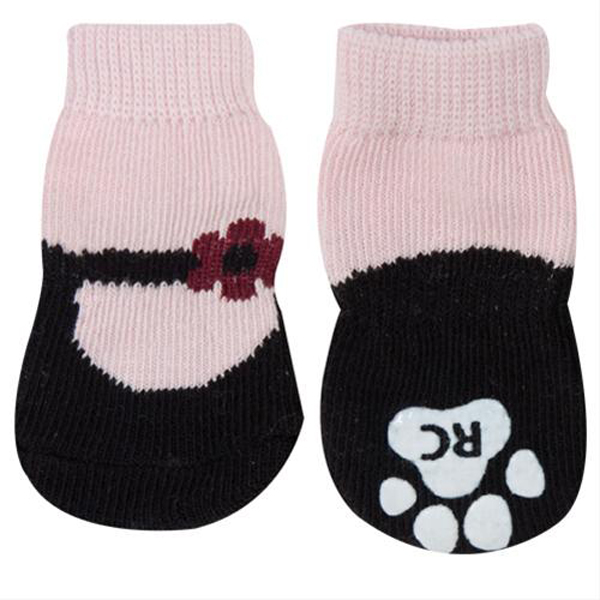 One possible reason that it was down voted is because this isn't safe. I don't think I'd let the dog hang out the window at all. It's not the fact that his head is out, but that he can get his front legs out. It's too easy for them to be encouraged by squirrels, cats, whatever to lean out too far and when you take a turn, they can just flop on out.

I'm not getting preachy on this subject, just being realistic about what I've seen. Personally, my dogs ride loose in the back of my pickup most of the time. I know some people don't like that, but I take precautions. I hose down the back of my truck in the summer so it isn't hot, I always go straight to my destination so it doesn't have a chance to get hot, they can get under the toolbox if they want out of the wind or sun, and I train them to ride in the back properly.

Just like with your dog, I've had ones that want to put their feet over the edge. This has led to them jumping out when you come to a stop. I also don't want my paint scratched. Instead, what I did, and I think it'll work for you as well, is I took a strap and hooked it to the gooseneck rings in the center of my bed. I gave them just enough line to get under the tool box or look over the side of the bed without their collars rubbing on the side. The smaller dog can put her feet on the wheel wells, but not on the side.

After riding them around like that for a while, I would let them loose, but only ride down the driveway and back. Then I extended the distance, but only on back roads. I haven't had one yet to put their feet back up on the sides, but if I did, I'd just clip them back for a while.

In your case, I think you need to do something similar for your dog. I think you should go to your local salvage yard and cut a seat belt buckle and a bit of strap from an old car, that will work in your car. Run the 6" of belt through the buckle and put a grommet in it. You can then buy and adjustable length strap, and adjust it so that he can stick his nose out, but not get up on the side. This will give him the benefit, without the danger of falling/jumping out, or the damage to your car.

I'm also sure that if you'd like to pay a little more money, that they sell something premade. You can just look for dog car harness, like here:

Update: You said in your comment that the dog was harness and you're just looking for something to help prevent scratches. Personally, I tend to be cheap and can usually make something as good or better than I can buy. Maybe not in looks, but in functionality.

If I was going to try to make a product to fix this, I'd order some ballistic nylon and make a piece shaped like a large butterfly bandage. There would be two layers so I could add something to the inside. I'd buy some cheapo magnets from a hobby store or the dollar store and sew them around the edges of one side. This side would go outside your car and the magnets would stick to the outside or your car, holding it in place. Since they're in-between the two layers the cloth would protect your car. On the inside portion, you could sew on straps. The configuration of your care would determine where you hook them. The easiest thing might be to just let a couple of straps hang down of the end and shut them in the door. Pull it through the window and have a protective layer that doesn't damage your car.

Granted there may be flaws with a do it yourself product. For instance, I wouldn't permanently sew the two layers together till I knew I had enough magnets to keep it from sliding in high winds. It's just an idea. I don't know of a one piece store bought product you can use. I don't think you'd have much into something homemade, though.

Not the answer you're looking for? Browse other questions tagged dogs safety travel or ask your own question.

10
Why does my dog make a fuss when my wife comes home?
12
Should I worry about my cat jumping out the window?
4
Why does my dog keeps pooping in the flat when he knows, perfectly, that it is not right?
6
How can I make my balcony safe for my cat?
3
Is it ok to leave the pup/dog alone for whole day in a one-room apartment?
2
Puppy has gotten demonstrably worse at housetraining?
3
Do dogs prefer to urinate outdoors?
4
Local cat attacks my dog whilst walking, what should I do?
3
Outside reaction to dogs
2
Seatbelts on my dog?