I currently have 2 bearded dragons. One being a juvenile and the other being not much older than a baby. I have researched online about bearded dragons and heat rocks with many conflicting answers.

Should baby or juvenile bearded dragons be using a heat rock?

The heat rock is medium sized. I am also using a small dome shaped heater to use from above that is not over top the rock. 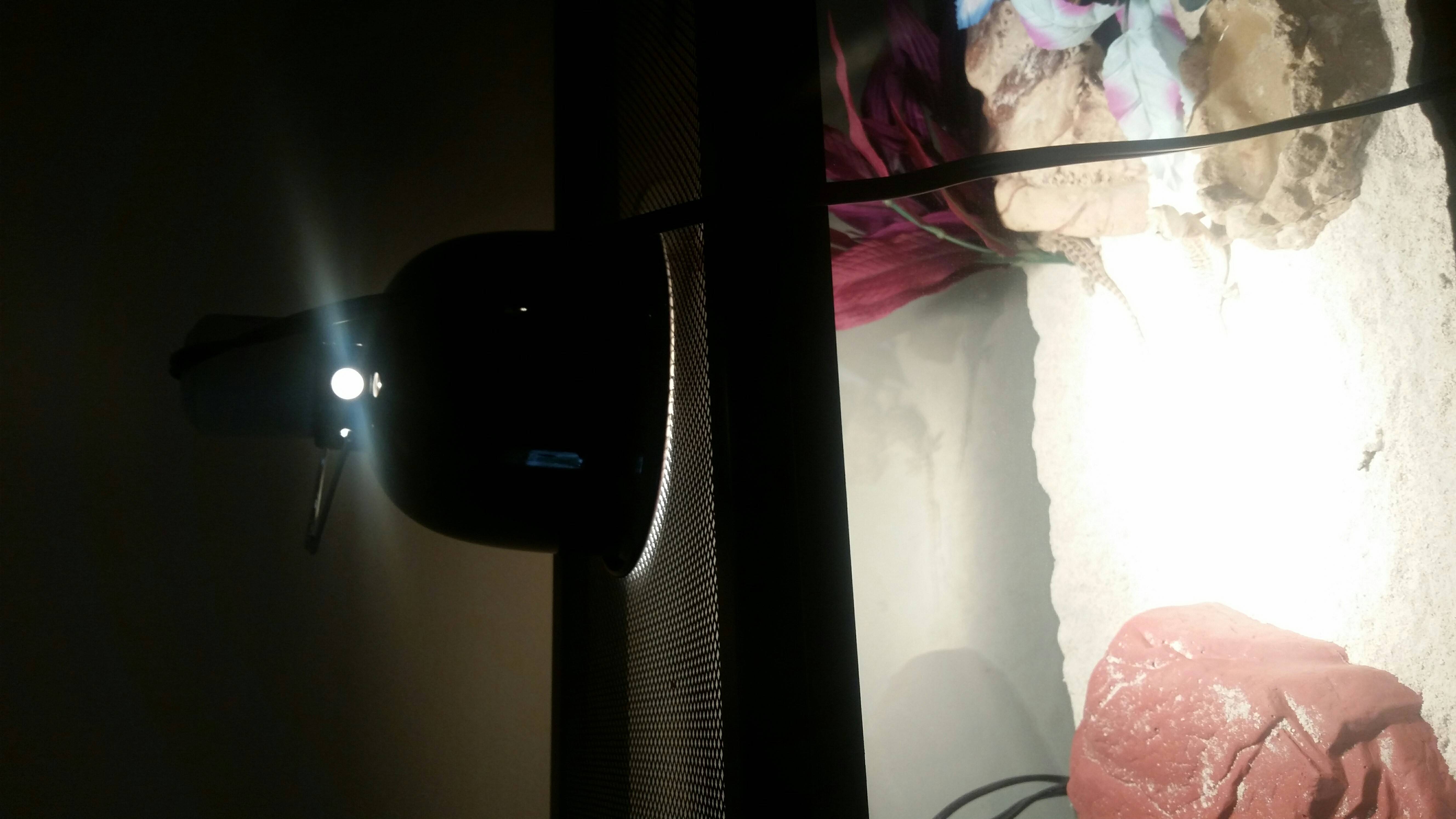 The image is sideways to show it's position in relation to the heating rock.

reptiles bearded-dragon heaters
Share
Improve this question
edited May 16, 2016 at 15:26

If you mean heat rocks that are electric powered and function to provide a place for the dragons to sit on to warm up, then generally the answer is no. These devices are often made with no thermostat, so they will constantly give out heat. Most lizards have evolved with some form of photosensitive cells on the top of their head that they use to sense light, meaning that they can generally only gauge how hot they are getting if the heat is given from above, like the sun would naturally do. Electric heat rocks run the risk of the animal sitting on the rock for extended periods of time and not realising just how hot that surface is to touch, and there have been many cases of animals being severely burned by them.

If by heat rock you mean placing a rock underneath a light/heat source, then this is a very good idea. Lizards use the heat to aid their digestion, so using an appropriate heat/light source above a rock will allow said rock to heat up to a safe amount, allowing the lizard to sit and monitor the light levels from above, but also be able to digest efficiently as its belly will be gently warmed by the rock below.

A general rule to go by is that the animal should not be able to make any physical contact with a heat source, as this runs the risk of severe burns.

Not the answer you're looking for? Browse other questions tagged reptiles bearded-dragon heaters or ask your own question.