Cats making a mess with litter

Our 2 cats always used to make a mess, so we got this litter box. 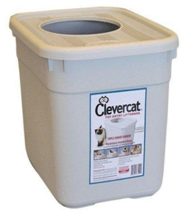 They still made some mess, but it was much smaller and we had a carpeted floor, so whatever spilled stuck next to the box and was easy to clean.

We recently moved and have all hardwood floors, which causes this mess to spread everywhere. We've stuck this box under a desk, so the cats need to walk across the top whenever they climb out, but that doesn't seem to help.

How can we prevent our cats from getting litter everywhere?

You can get a drip pan for under a car at the auto parts store for about $10(US) it is about 24 inches by 36 inches. Place towel over it to provide traction and absorption for the cat getting in and to catch anything trying to leave. You may want to use a layer of anti-slip cabinet lining between the drip tray and the towel.

Place the litter box on the tray/towel combination to encourage the cat to take the longest trip on towel practical. We use a similar solution for bunnies as seen in this picture. 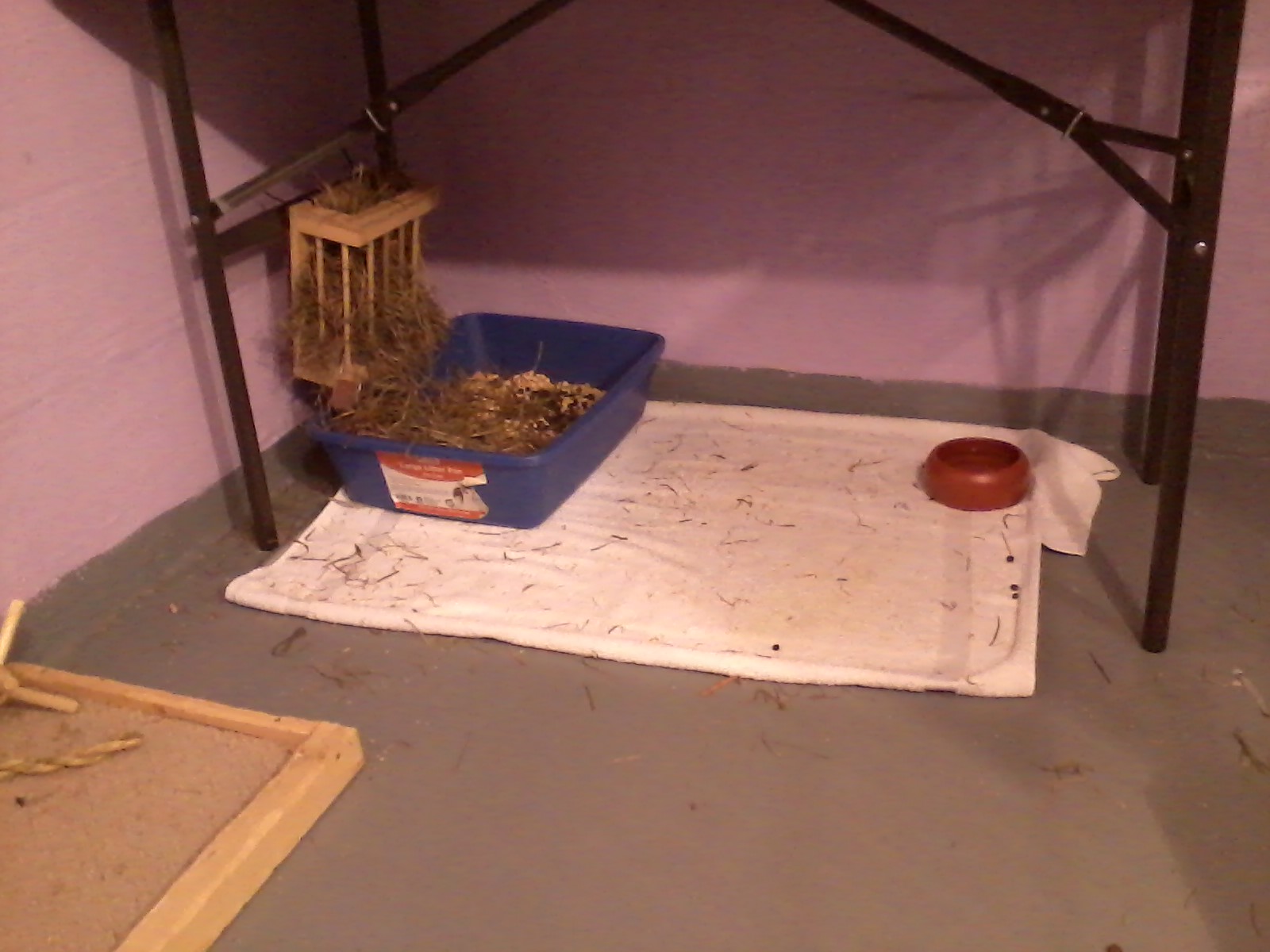 Note the pictured solution is for a rabbit. Rabbits require hay 24/7 and they do not have a tendency to jump on tables. So the hay tied to the table legs would not be part of a cat solution.

We use cat genies, and their specialized pellets track worse than anything I've ever seen. I once found a pellet on the floor in the restroom at work.

The best solution we've found for catching litter is the LitterTrap Mat, which we place at the entrance to the box (I guess you would put it on the ground wherever they jump into/out of the box). We also have a small stick vacuum (about $30) that we use to vacuum the litter up pretty regularly (easy on hard floors).

We're getting ready to make a more sightly version for our master bathroom out of IKEA's Platta flooring. For more details (and pictures of the backside), IKEA Hackers has a overview, including pictures of the underside of the flooring. Since the wood is raised up from the floor, the litter can drop down to the floor to reduce being tracked further away. You'll still need to vacuum under the "rug" regularly though.

I don't know if there's really a good way to stop it completely, especially if your cat really likes to kick the litter around like my cat. But I have found some ways to minimize it so that it's not really an issue for me.

I have the Tidy Cat's Breeze system, which has been a massive improvement over traditional litter boxes. 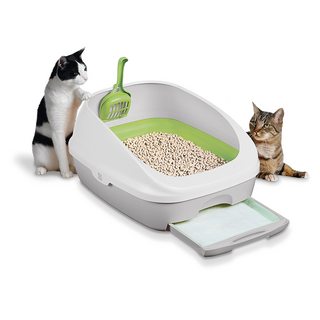 The biggest improvement I think comes from the use of pellets instead of the powdery clay of traditional pellets. While still susceptible to being kicked out, it's been less than the clay litter because there isn't dust getting kicked into the air, it's easier to clean with just a broom, and doesn't stick to their fur and get tracked further than the litter box. As an added bonus, it also doesn't smell like cat litter the way the clay stuff does, and since it doesn't have dust that would get in my cat's hair he also doesn't smell like the litter.

I imagine that the same would apply if you simply used the pellets in a normal litter box. I've seen pellet litter before in types like "Yesterday's News", which is compressed newspaper, and some types of compressed wood/walnut shells.

In the past, when using clay litter, I had a litter box that had a sort of "lid" that adds a curved lip to the pan. 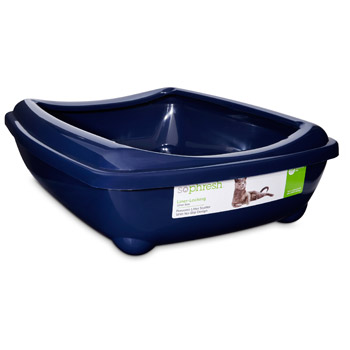 It never solved the problem entirely for me, my one cat still managed to kick out some litter. But it was a significant amount less than it was before. The lip caught the litter that he kicked around, and anything else was such a small amount that it stayed just by the litter box rather than getting tracked outside the room.

8
Cat splashing water out of water feeder
9
How can I get my cat to cover their litter?
4
How to minimize litter being tracked out of a custom litter box?
0
My cat won't stop urinating in one area

4
How do I stop my 10 month old puppy from eliminating on the carpet?
4
My cat is peeing around the litter box
7
How to make neighborhood kitten understand it doesn't live with us
4
My cat is hiding and won't move
2
What to do when my nearly 4 month old kitten only sometimes uses the litter box?
23
Cat behaving strangely for no apparent reason
2
How to prevent infrequent out-of-litterbox elimination?
1
Is it a good idea to take another cat when my current cat is a real princess?
2
My Bengal cat doesn't cover his feces and pees over the edge of the litter box