Fish with white patches on his side. Patches start small but grown slowly, over months. Finally, they appear like a mass, then ulcerate. The fish does not appear sick now, but will be sick by the time the mass appears. They die after it ulcerates. It is contagious, since several fish in the aquarium have died from this malady. Most of them were swordtails.

In picture 3, 1 and 2 are not accurate. The first image shows what they look like best. They pretty much all look the same (they're small and match the scale pattern well). All of the fish have one at their anus and have them at their lateral line; however, only pearl has one under her top fin. Pearl's appear on both sides; however, red's only appear on one side. I'd love to see my fish stop dying. What is this? 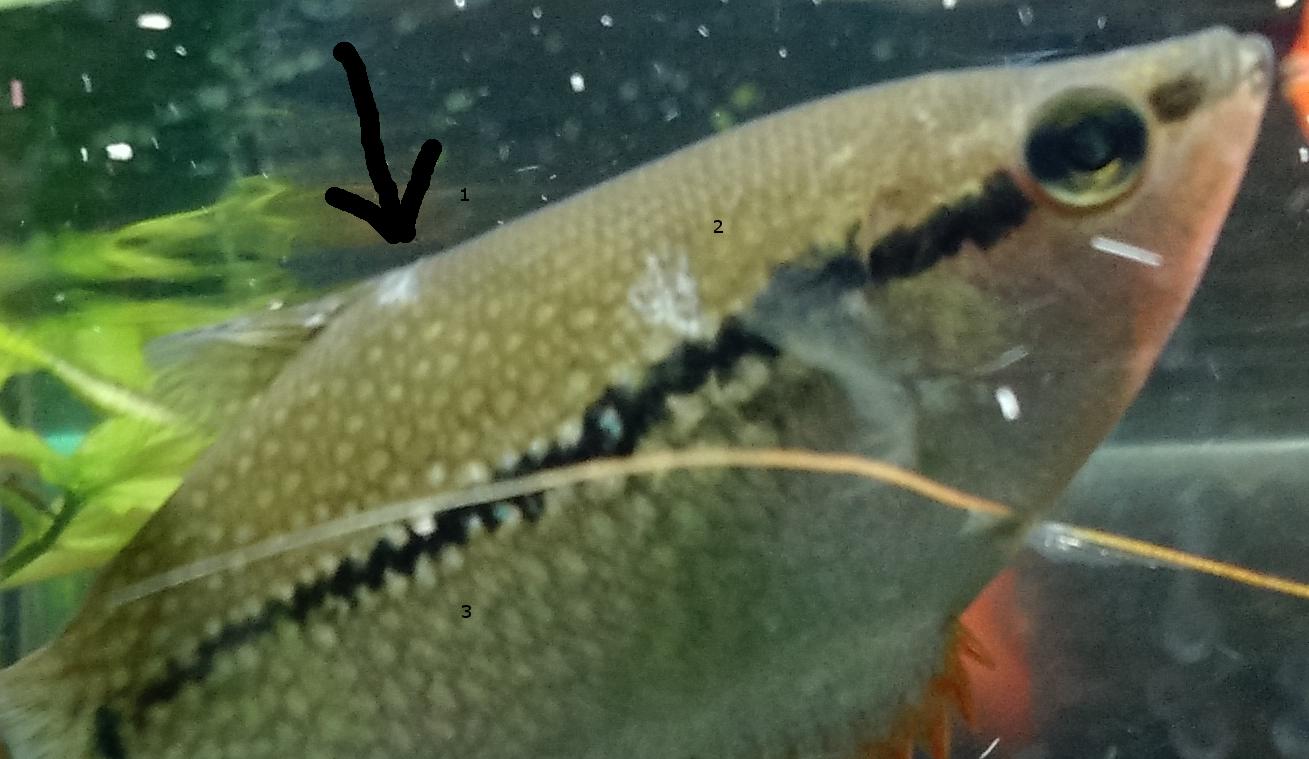 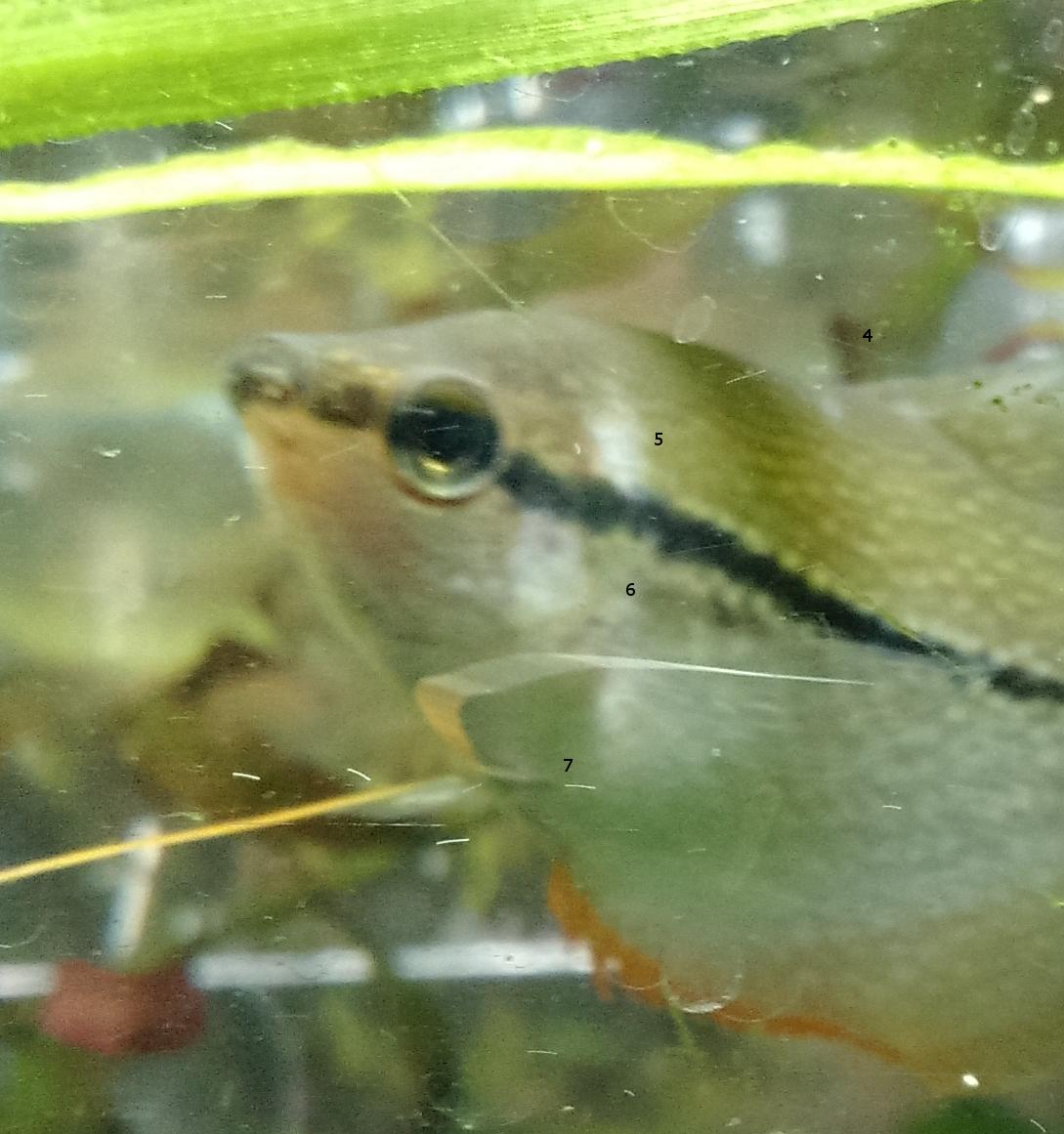 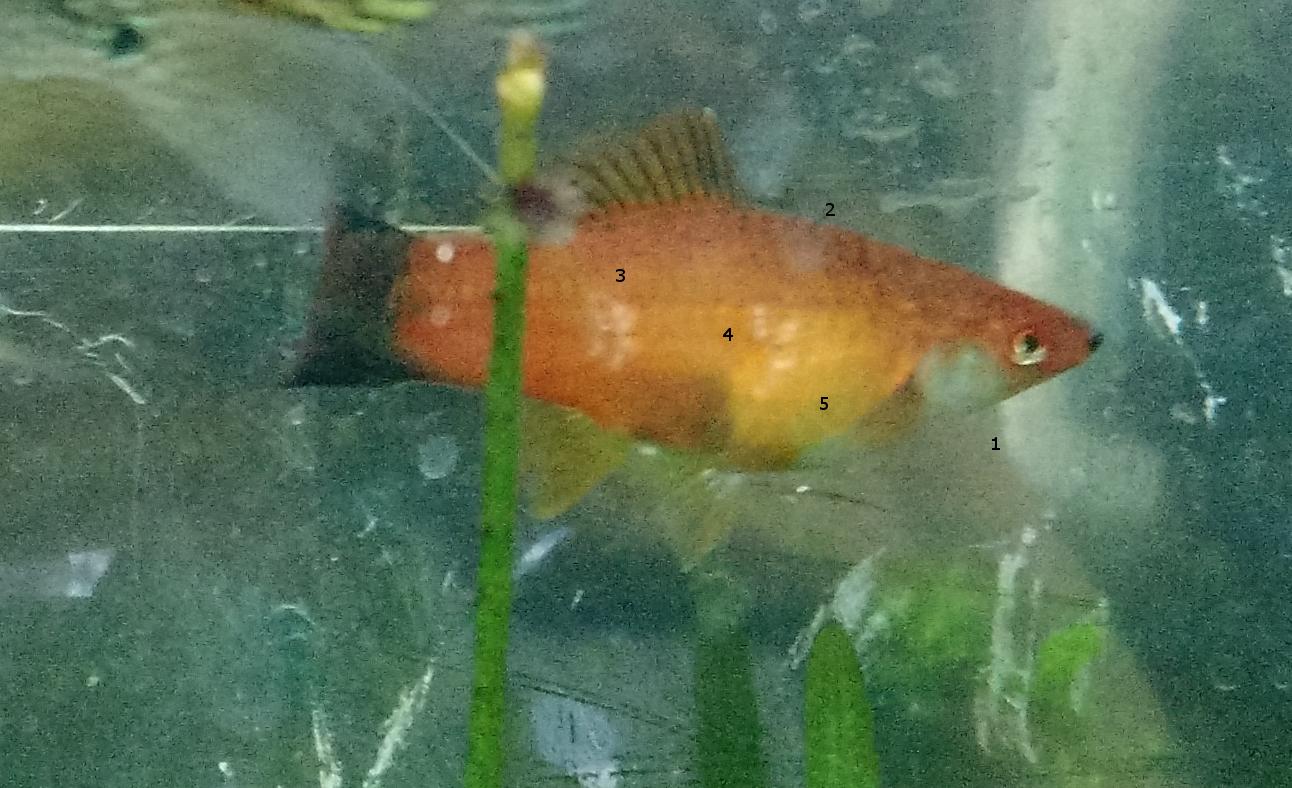 aquarium freshwater diseases
Share
Improve this question
edited May 23 '20 at 0:14

This could be caused by a number of things and it's hard to tell from the photos but I've got a Pearl Gourami which was a bit skittish. He often caught himself on the wood that was in the tank and sometimes lost scales. The missing scales look exactly like your pictures (like white scuff marks).

Generally, in good quality water these will heal up pretty quickly and since the fish have acclimatised to the aquarium over a number of months they've stopped doing this. However, they are susceptible to infection if the water quality has imperfections during the healing process.

Even if this is Ich, which normally looks like smaller dots of white and is pretty infectious, keeping the water quality high will help in both scenarios. Do your regular 25% weekly water changes (and a bit more if you're having issues with your water). I've had an outbreak of Ick once and the solution for me was 'AquaCare White Fungus Treatment' which contains 'Formaldehyde' and whilst it does stain the water blue for a short time, it worked like nothing else I tried (including Melafix and Pimafix together).

If you continually find that your fish are falling ill then you might need to have a closer look at other factors that could be causing this issue. Consistency is key.

I think they have ich. 20% water changes is if you are doing weekly only. Once or twice a month you should be doing at least 50%. You can buy ich treatments at the store but my experience is not great with them. You can use it as preventative measure though.

Not the answer you're looking for? Browse other questions tagged aquarium freshwater diseases or ask your own question.