How far will my cat wander?

We live on a large piece of property with a long driveway (100 yards); the yard is fenced but the cat could easily get out if it wanted to. The driveway leads to a highway, and while I haven't seen my cat ever wander more than 40 yards from the house, I'm curious to know whether or not it may want to. Specifically, will a female cat wander away from its home for any common reason? Is it likely that she will stay somewhat close to the house, within the fence, and not wander off to the highway 150 yards away?

In other words, do cats have standard behavior in terms of how far they wander, or is it just random?

The size of a cat's patrolled territory depends on the lay of the land and the surrounding population of cats who object to yours coming through their territories, along with how energetic/curious/determined your cat feels. Fixed vs. unfixed probably also makes a difference.

Websearching "cat territory size" finds enough variation in "typical" estimates to make me hesitate to cite any of them.

So I believe the answer to your question "do cats have a standard behavior" is "no".

If you really want to know, there are GPS recording devices available which would let you see where your cat has been spending her time.

A study conducted for the BBC, "Secret Life of the Cat," tracked a number of cats and their roaming distances; while they varied by personality, the average cat roamed 40-200 meters (43-219 yards). Male cats, cats in more rural areas, and intact cats tended to roam even farther, with some roaming up to 3 km (nearly 2 miles) from their homes. (source: Petplan)

An Australian study equipped "volunteer" cats with GPS units and mapped their movements at night for up to 10 days (welfare of the cats themselves was given higher importance than all cats finishing the ten day study). While some of the cats did stay close to home, others were observed roaming quite far from their homes, as seen here: 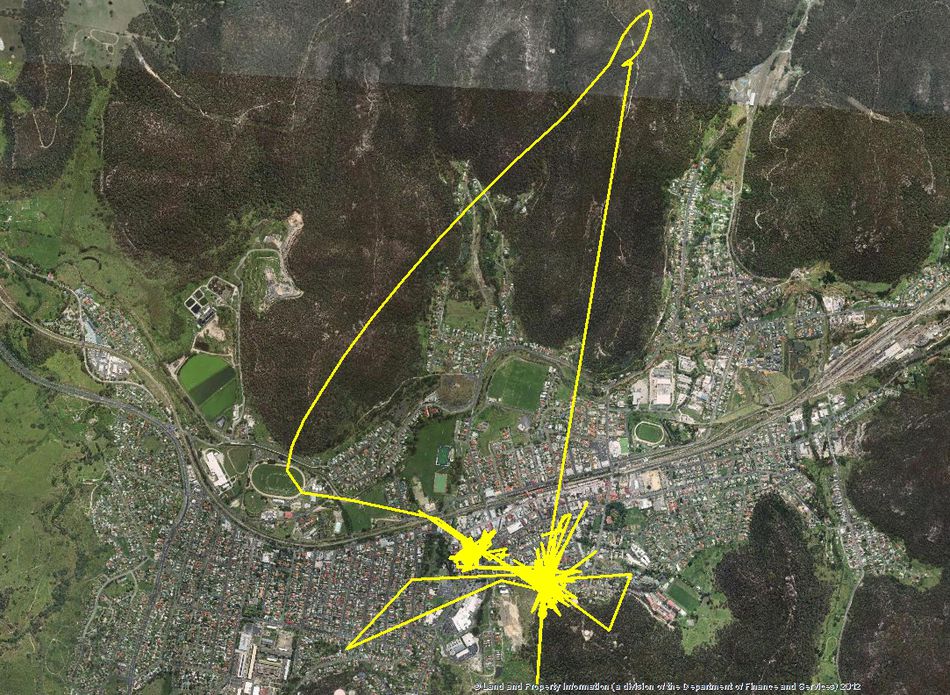 More of the maps can be found in this article by Mashable.

While you may not have observed your cat roaming very far, the owners of the cats in the Australian study had not observed theirs roaming very far, either; at least one owner, after being presented with the map of their cat's activities, chose to keep their cat indoors at night after seeing the distance traveled.

If you wish to protect your cat from the highway, it's best to keep her indoors. Any number of factors could cause her to head across the highway, including chasing prey, fleeing a predator, looking for a mate (if she's intact), or trying to escape an overly aggressive suitor.

5
How much will intestinal surgery affect my cat?
6
Teach cats to stay close in unfenced area
3
How do I stop my cat from going too far while playing?
6
Do cats prefer water from bowls that are far from their food bowls?
2
How to train a stray cat where I will feed it?
7
How to make neighborhood kitten understand it doesn't live with us
6
Something on my cat is biting me
1
Ok to let my indoor house cat outside in area frequented by strays?
1
Has the behavior of dogs and cats towards each other changed significantly in the past 50 years?