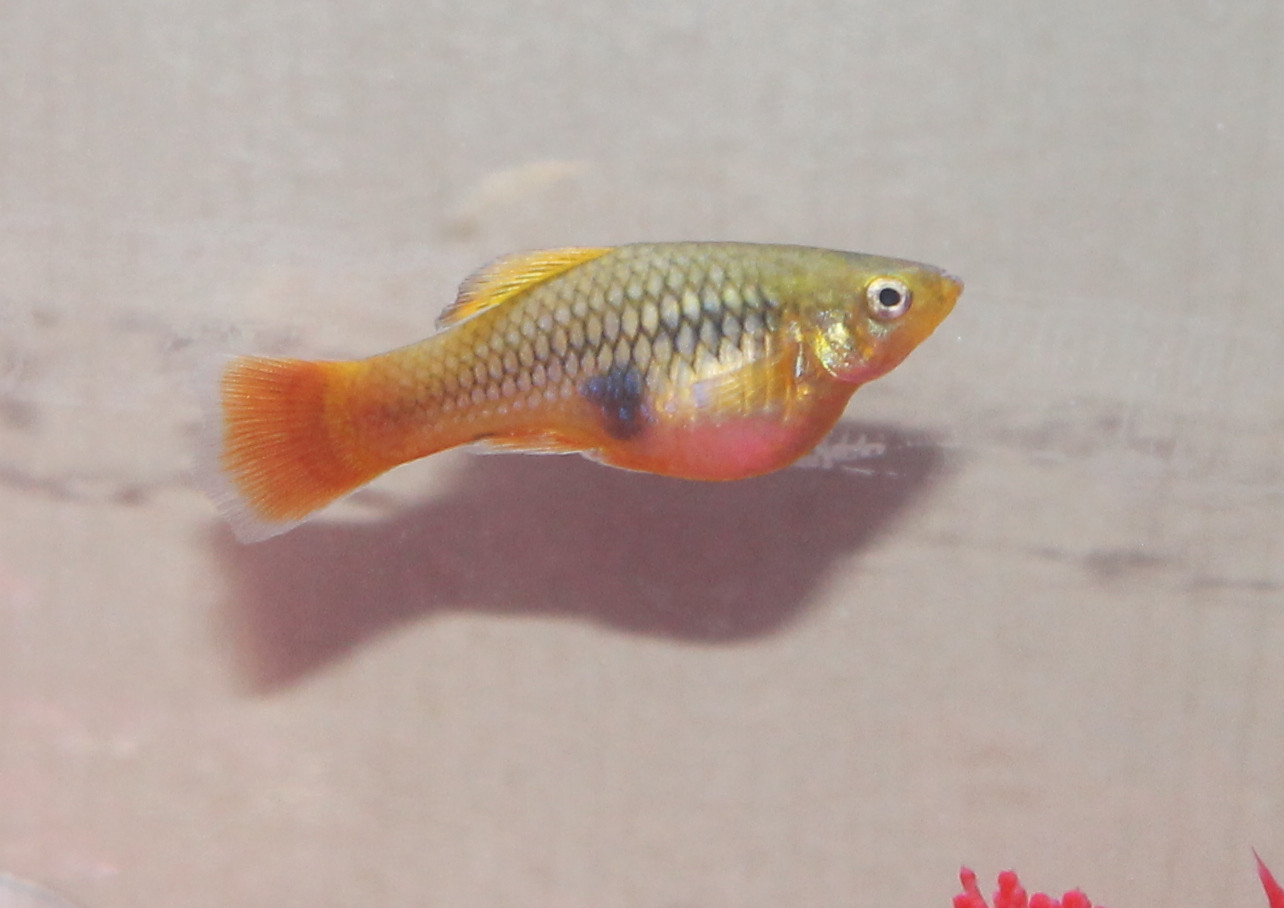 We bought two Platy females in July. Also, we think one must be male as he has the exact same fins our lighter colour fish who became pregnant. She gave birth to some one night but the dark spot and square stomach still remains. It's 2 weeks later now and still no change. It's my first fish and I am confused and can't find the answer anywhere to what's happening to her. Should we buy another female so the other fish will leave her in peace for a while?

Here is a picture showing the difference in fin shape between a male and female Platy. 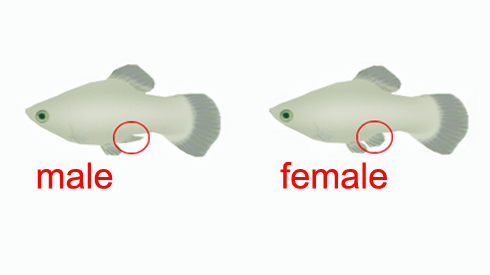 Usually, when a female is about to give birth, her stomach becomes slightly square as the babies shift position, in preparation for birthing. The female begins to have the babies within 24hrs once you see this, and it's usually a shorter time than that.

I don't think that she's still pregnant. I just think that Platys are a little boxy anyway, like mollies. It's a subtle difference and with this being your first fish, it may just still look like she's pregnant. The dark spot you are seeing is probably just her intestines seen through thin skin.

I don't think you necessarily need more fish, but can get them if you like. It's more important that you have plenty of plants where fish that want to hide, can hide. We might be able to provide a more accurate answer if you're able to get pictures of the fish. Preferably from the side, dead on. Also, straight and level from the back of the fish, so we can see the shape and condition of the stomach.

Edit: That fish definitely looks pregnant. I still haven't ever had a fish give birth and then stop for days. However, I did a quick bit of research and found a page here: http://www.ornamental-fishes.com/2010/05/ornamental-fish-platy-birth-babies-fry.html. It says that if a platy becomes stressed, then they can delay the birth. They said there is a chance that the delayed birthing can kill the babies. The mother will either start birthing live babies again, birth the dead ones, or in some cases can die. Either way, there is nothing you can do and it was in no way your fault. More than likely your fish will pull through. If not, don't blame yourself. Just get another fish and you'll know what to look for next time. Most people in any hobby, fish keeping included, learn by observation and making plenty of mistakes. Good luck and I hope your fish pulls through.

Not the answer you're looking for? Browse other questions tagged fish freshwater or ask your own question.

2
My platy is holding fry when will she give birth?
1
How do I get my mickey mouse platy back into labor?
4
Can eggs surgically removed from a pregnant platy fish still hatch?